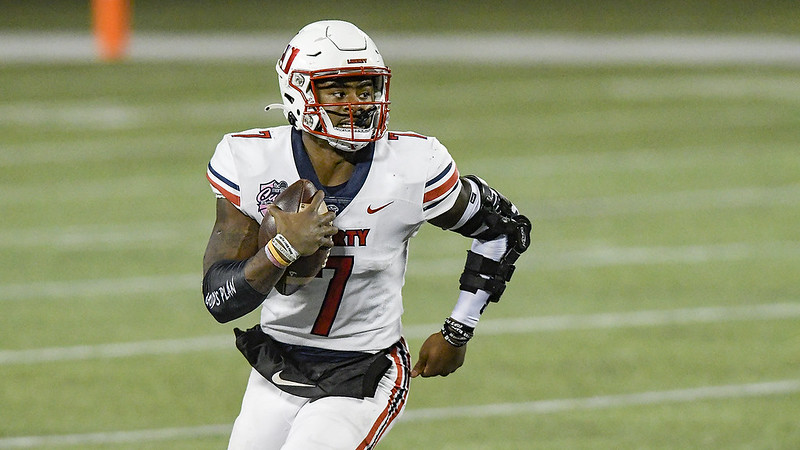 We have officially entered the football offseason, and now we can begin our endless speculation on the 2021 version of the Liberty Flames.

Though we haven’t received official word from all of 2020’s seniors who could potentially stick around for another year per NCAA rules, it’s worth at least looking at the depth chart and roster as it stands right now. Here, we’ll look at the offense, with the defense and special teams coming next. All years are just left in place from this past season since every player has another year of eligibility to work with now, even if it does count against scholarship counts.

Unlike a year ago, the Flames are set at quarterback with Willis returning. He’s now got one year as a starting college quarterback under his belt and the sky is the limit for his potential moving forward. After Chris Ferguson’s decision to transfer, Bennett becomes the heavy favorite to be the backup this coming season. Incoming true freshman Nate Hampton and freshman Sean Brown, who spent the 2020 season with the Flames, could both make a push as they continue to learn the offense.

Seniors Joshua Mack has announced he is coming back and Peytton Pickett has announced his decision to transfer, as we have some answers to what this room will look like in 2021. The Flames set a school record for rushing yards as a team in 2020 behind Willis, Mack, Pickett, and Shedro Louis. Green, the transfer from Utah, should be expected to be a plug and play guy in the rotation alongside Mack and Louis. Keep an eye on Troy Henderson and Frank Boyd to make a push to be included in the rotation.

There are still remaining question marks about Shaa and Stubbs and whether or not they will return in 2021. If they do, this group will be very deep and experienced. If they don’t, the Flames will have to look to youngsters like Ahmad Jackson and 2021 signee Kylen Austin to fill in some gaps. If Yarbrough, Frith, and Lofton can remain healthy, the Flames’ wide receiver group could see much improvement next season. One other name not mentioned on this depth chart who will make a big impact next season is current freshman CJ Daniels.

With Huntley announcing his intentions to return in 2021, Liberty’s tight end group may be the deepest position on the team. Huntley and Jackson are both expected back, as is Michael Bollinger. We haven’t heard word on Trevor Hobbs’ status on returning next season yet, but if he does the depth here is unreal especially when you add in JUCO signee Stetson Moore who the coaching staff is very high on.

It does sound like most of the senior offensive linemen are returning, so this group should look pretty similar to what we saw in 2020, just another year of experience and in Coach Dom’s strength program. Schultz is the big question mark here as he has had some NFL looks, so he could make a push in that direction. By the end of 2020, Bodden had pushed Bounds for his starting spot at left guard. That will be a fun battle to watch if Bounds returns. Having Sargeant back for his 5th season as starting center would obviously have a big impact.

With the offense largely static in terms of personnel, it may not look like a lot of change here. That’s certainly not a bad thing for an offense that was very explosive despite the wide receivers struggling with injuries much of the season. Add another year of experience for everyone, particularly Malik and the receivers, and this offense has unbelievable potential moving into next season. 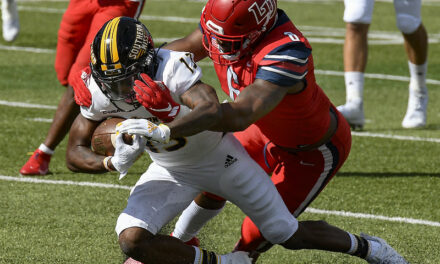 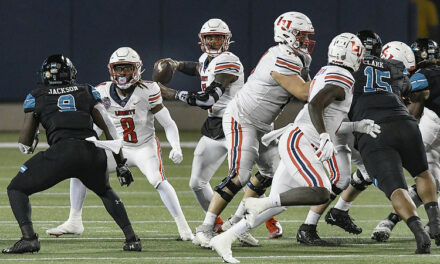