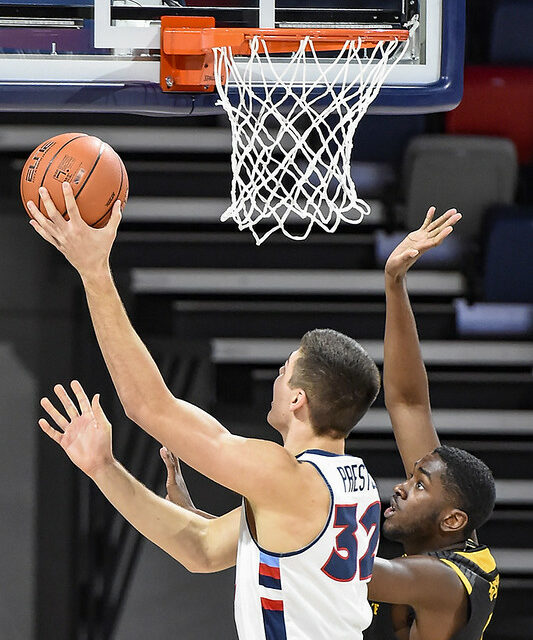 For the second time this season, Blake Preston is ASOR’s Player of the Week.

In two games against Kennesaw State this past weekend, Preston scored a team-high 28 points in 42 minutes played. The sophomore had his best game on Friday, as he led the team in scoring with a career-high 17 points and tacked on 4 rebounds, 2 assists, and 2 blocks. In the second game, Preston finished second on the team in scoring (11), while shooting a perfect 4-4 from the field, and going 3-4 at the free-throw line. Preston also added 5 rebounds and 4 assists, continuing to make an impact all over the floor.

If you had to crown a “Most Improved Player” for Liberty at this point in the season, it would undoubtedly be Blake Preston. Last season, Preston averaged just over 2 points per game and less than 5 minutes a game as he was stuck behind Flames’ seniors Scottie James and Myo Baxter-Bell. This season, Preston is averaging just under 10 points per game (9.2) while averaging over 17 minutes played per game. He is also the team’s leading rebounder with 6.3 per game, blocks per game (0.6), and has the highest field goal percentage on the team with 71.8%.

Preston and his production have been crucial this season. After losing Scottie James and Myo Baxter-Bell, Preston’s presence in the post has allowed Liberty to compete with every team they have faced during the year. Preston and the Flames will now travel to Florida to face Stetson in a series that will undoubtedly prove crucial to the ASUN standings. The series will begin Friday night at 7:00 on ESPN+. 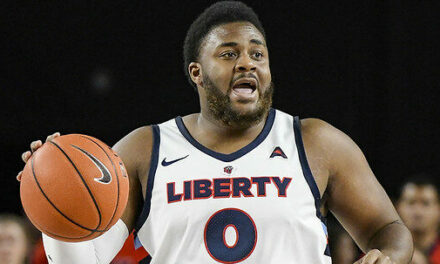 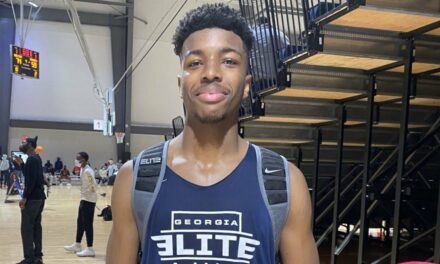 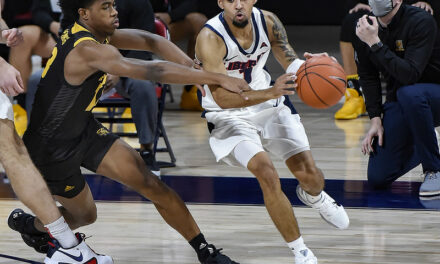