Happy Signing Day and welcome to our Live Blog where we will continually update all the activity today as the NLI’s come rolling in! So, go ahead and keep this tab open and hit that refresh button frequently as we update the day’s action with highlights, offer lists, previous articles, and so much more for Liberty’s 2022 signing class.

One update from Tuesday night, Liberty target Isaiah Adams, one of the top JUCO offensive linemen in the country, committed to Illinois.

Dixon was one of the first to commit to the Flames, joining the Class of 22 in June. He is also the first to make it official on signing day, getting his NLI in before anyone else so far this morning. He is one of three defensive linemen from the high school ranks currently committed to Liberty. Dixon will be a mid-year enrollee.

Snead will return home for his final season of eligibility. The Lynchburg, Virginia native starred at Campbell to begin his college career. He amassed 2,439 receiving yards and 25 touchdowns during his time with the Camels. Snead had 1,067 yards and 10 touchdowns during the 2021 season, and he will provide a big body target on the outside for the Flames in 2022. Snead will be a mid-year enrollee and join the Flames for the spring. He was named FCS All-American for the 2021 season after setting a Campbell single season school record and ranked No. 5 nationally in receiving yards.

A talented defensive end from South Florida, Bazile was one of the highest rated high school prospect Liberty targeted in the summer. He committed in late July and stuck to his word by signing with the Flames early on Wednesday. He set a school record with 15 sacks during his senior season and was named first-team all-county and first-team all-state.

Conaway was one of the first to commit to the Flames in the class, doing so in early June. He was just the second commitment in the class, and he had an impressive list of suitors for his services. Conaway is a mid-year enrollee and will join the team for the spring. He finished his junior season with 19 tackles, three tackles for loss, seven QB hurries and a sack. He recorded 20 tackles and 5 tackles for loss as a senior.

A talented corner from Georgia, Ricks committed to the Flames in August just ahead of his senior season at Baldwin High School. Ricks will be a mid-year enrollee and join the team for the spring. He was a two-sport athlete, competing in track, as well. He competed in the state championship in the hurdles, long jump, and high jump, finishing as a state runner up in the 110 meter hurdles.

One of the most talented players in the class, Fortenberry finished his junior season with 21 receptions for 389 yards and 6 touchdowns. He had 548 receiving yards as a senior on 43 receptions to go along with 10 touchdowns.

Jones finished his junior year with 38 tackles, six pass breakups and two interceptions. Playing both sides of the ball, he also rushed for 1,691 yards as a junior. He will begin his career as a safety for the Flames.

The transfer from Minnesota will be a mid-year enrollee and he has four years of eligibility remaining. As a senior in high school, he led the team to the semifinals of the Tennessee Division II Class AAA State Championship with 21 receptions for 232 yards. He was the No. 41 recruit in Tennessee and the No. 32 tight end in the country by ESPN as a high school prospect. Henderson saw playing time in just one game over the past two seasons at Minnesota.

Brewer has one year of eligibility remaining. He started 39 games for Baylor and ranks second on their career list for passing yards and passing touchdowns while helping lead the Bears to the 2020 Sugar Bowl. He will immediately add a veteran voice in the quarterback room and compete for the starting quarterback spot this spring.

The first surprise of the day comes from Smith, who decommitted from Kansas on Tuesday night. The three-star rated prospect verballed to the Jayhawks on Nov. 20. He averaged 10 tackles per game this year in JUCO ball and had offers from a number of schools including Arkansas State, Buffalo, and UAB. Jones will join the Flames at the mid-year for the spring. During his three seasons in JUCO, he had 248 tackles, 19 tackles for loss, 7 sacks, 3 forced fumbles, 2 fumble recoveries, and 2 interceptions. At Ridgeland High School in Mississippi, he was named first team all-state after recording 94 tackles, 23 tackles for loss, 6 sacks, adn 11 QB hurries.

Martin was an early commit in the class back in the summer. The tight end from Minnesota stuck to his commitment and made it official on Wednesday. He was a two-sports star in high school and had a Division I offer from Western Illinois to play basketball. Martin averaged 20 points per game and surpassed the 1,000 career point total during his junior season. On the gridiron, he helped lead Mayer Lutheran to a state championship as a senior.

Sweeney was a surprise signee this morning. He finished his senior season with 59 tackles and helped lead his high school to a state championship. He is a mid-year enrollee and will join the team for the spring.

Jackson was another early commitment in this class for the Flames. He helped lead Warner Robins to two state championships.

Green is one of the highest profile recruits in Liberty’s class. He had a number of Power Five offers, but decided to come to play at Liberty who recruited him hardest of any. The Flames were able to hold off a late push from local Louisiana Tech. Green is expected to play both football and baseball at Liberty.

Young is a December grad and will join Liberty for the spring at a position of need. He is rated by ESPN as a top 50 JUCO recruit nationally. He played in 10 of 11 games during the 2021 season, helping Iowa Central to a 9-2 record while earning all-conference honors. He graduated from Edna Carr High School in New Orleans.

Hunter led Hawaii this past season with 651 rushing yards on 101 carries with three touchdowns, rushing for an average of 6.4 yards per carry. He has three seasons of eligibility remaining. He will join the team for spring workouts. Hunter was a teammate with current Liberty running back TJ Green at Chandler High School Hunter had 1,748 rushing yards and 33 touchdowns during his senior year of high school. He was named the state offensive player of the year and first team all-state at running back as he rushed for 11.5 yards per carry.

Norwood is a three-star rated prospect and ranked as the No. 10 recruit in the Class of 2022 in Colorado. He committed to the Flames in August just ahead of his senior season. 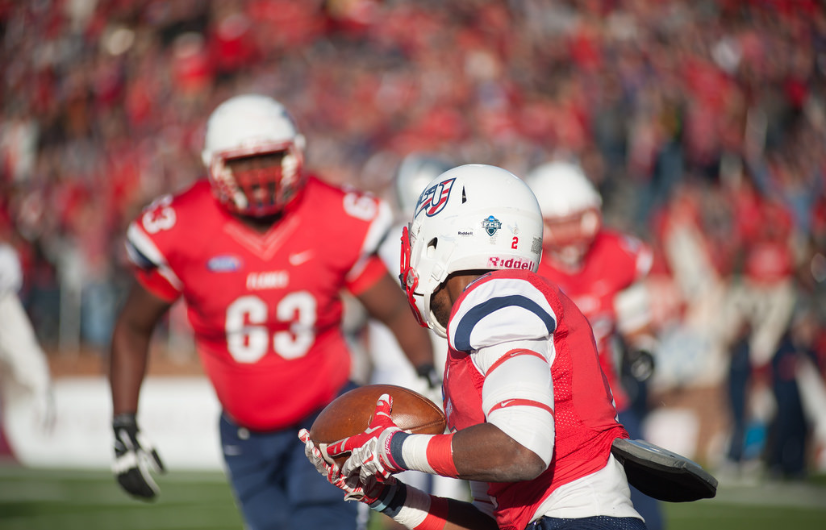 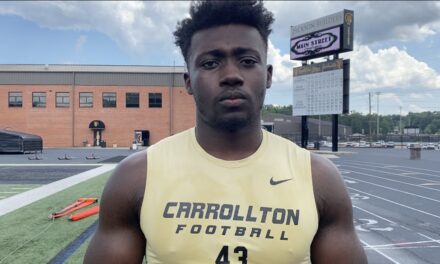 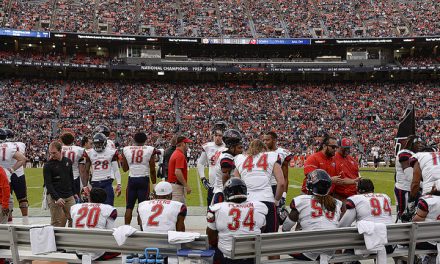