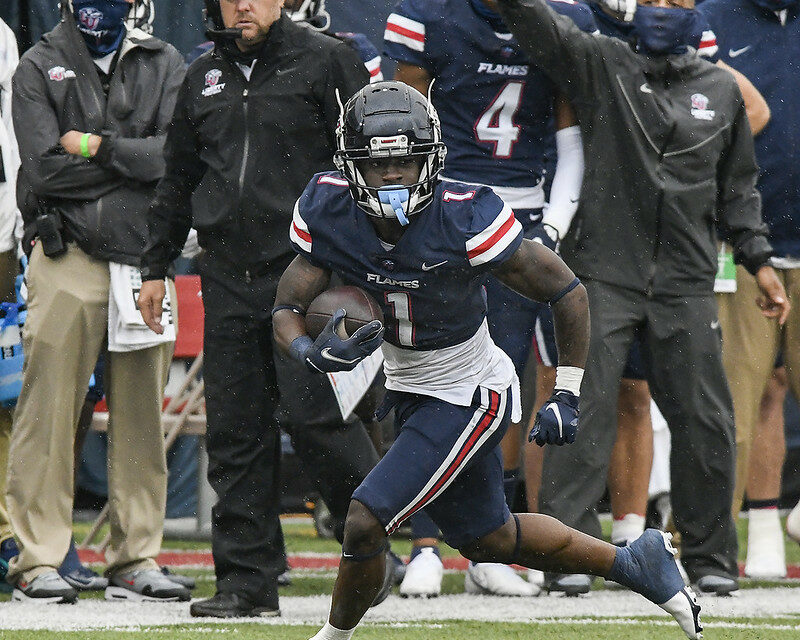 Syracuse will be replacing starting QB Tommy Devito for Saturday’s game and the rest of the season. Rex Culpeper has had some experience, but what can we expect to see from him and how does this affect the game’s outcome?

Mike McAllister: Rex is a really smart player who understands the offense. He is a bit more of a dual threat than DeVito, in that you may see some more designed runs. That may allow the Syracuse offense to have a few more wrinkles that Liberty hasn’t seen on film to date. The downside is he is not as good a thrower of the football as DeVito. His accuracy in short to intermediate passes has been inconsistent when he has played. That said, it’s not like the Syracuse offense has been good thus far. So perhaps he gives them a spark.

The Orange are the only team on the Flame’s schedule this season that were on their schedule last year as well. Liberty is a much different team however, is Syracuse a different team as well and was last year’s game a good representation of what Syracuse will look like on Saturday?

MM: Syracuse is much different. They have new coordinators on both sides of the ball. The defensive scheme changed from a Tampa-2 to a 3-3-5. They’ve been tremendous at forcing turnovers and limiting the big pass play in the new system, but have been gashed on the ground. Offensively, even with the new coordinator, they are different but experiencing similar results. They’ve been very inconsistent offensively and have struggled to put drives together as well as convey in the red zone. But they’re down to their fifth running back if Sean Tucker is unable to go this week. Their top receiver from a year ago is on the Rams roster. Though their offensive line has still had its share of struggles, it has been a bit better than last year.

Taj Harris appears to be a force on offense with 338 yards and 3 TDs on the year. What does the Flames’ secondary need to do to contain him?

MM: Harris is really good after the catch. It’s imperative that Liberty tackles him immediately once he gets his hands on the ball. Secondly, if you can get in his face and be physical early in his route, it can disrupt him to some extent. Lastly, if you pressure the quarterback consistently, it doesn’t matter how good your receivers are.

What individual player or unit on the Orange could make an impact that could change the outcome of the game and why?

MM: Syracuse has to win this game with defense and special teams. There just isn’t the confidence in the offense that they can win a shootout. So Syracuse needs to continue to force turnovers as they’ve done each game, and be better against a really good Liberty rushing attack. I think Syracuse’s linebackers will be crucial to their success in this game, and I wonder if Syracuse will spy Willis.

MM: I think this will be a game in the 30s offensively for both teams. Liberty is favored for a reason, but I think Syracuse will play like a desperate team with a chip on their shoulder. I expect a close game that goes down to the wire and could go either way. 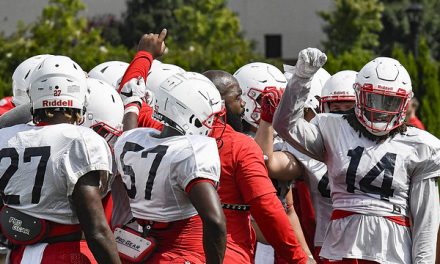