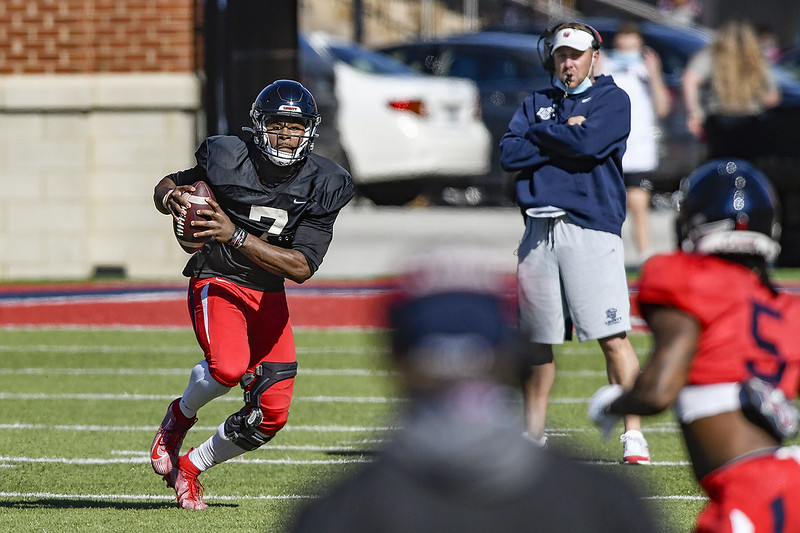 One year makes a huge difference. That’s certainly the case for Liberty and the quarterback position. One year ago, the Flames were looking to replace four-year starter and one of the best quarterbacks in program history in Buckshot Calvert. Malik Willis was the favorite to win the job, but he was caught up in a battle during the offseason and into training camp with Maine grad transfer Chris Ferguson.

Willis was named the starter just a week ahead of the season opener at Western Kentucky. In that game, Willis completed 13 of 21 passes for 133 yards while rushing for 168 yards and 3 touchdowns as he led the Flames to the upset win on the road. That was just the beginning of a record season for Liberty and Willis.

He led all quarterbacks at the Division I level with 944 rushing yards and 14 touchdowns, both single season program records for a quarterback. He also completed 64.2% of his 265 passes for 2,260 yards, 20 touchdowns, and 6 interceptions. Everyone knew Willis had the athletic ability to make plays with his feet, the questions surrounded his throwing ability, and he answered all of those questions.

Now, Willis is one of the top returning quarterbacks in all of college football, and with another strong season he could push to be a first round NFL draft pick a year from now.

“He still needs to improve and be more consistent with his mechanics,” Freeze said of Willis. “He’s still going to get the 1 reps, but we are spending a lot of time getting the 2s, 3s and 4s. We’re doing split huddles in spring right now. So, every time the 1s are getting a rep, the 2s are on the other end getting the same rep. The 3s are getting their fair share too.”

With Ferguson electing to leave the program and spend his COVID shirt season elsewhere, Johnathan Bennett is poised to step into the backup role behind Willis. Bennett has played in 8 games over the past two seasons and fought back from a ruptured patella tendon in his left leg which he suffered in September 2019. Last year, Bennett was the third string quarterback as he got reps in 5 games and completed 4 of 5 passes for 77 yards, 1 touchdown, and 1 interception.

“JB has really changed his body,” Freeze said of Bennett this spring. “He’s in good shape. We need JB, to make sure he’s ready. He’s getting a lot more reps than Willis is this spring. We’ve got to have him ready to go.”

Behind Willis and Bennett, the Flames have three youngsters who do not have much of any collegiate experience in Will Bowers, Sean Brown, and Nate Hampton. Bowers is entering his third season in the Liberty program from Carroll Senior High School in Southlake, Texas. Brown joined the team last season as a true freshman from Apex, North Carolina, and Hampton joins the program this spring after signing with the Flames in December.

“Nate’s a high IQ, quick-learner, big strong kid. I think he’s got the potential to be a really good player,” Freeze said. “Also, Sean Brown and Will Bowers continue to impress with their accuracy. I’m happy with all those guys.” 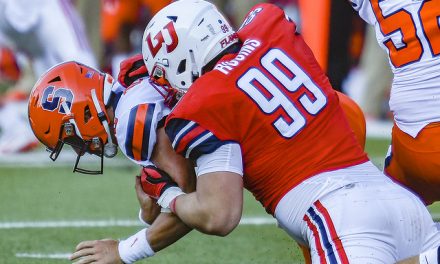 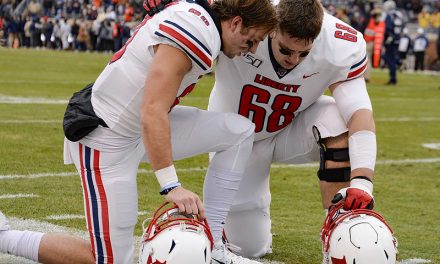 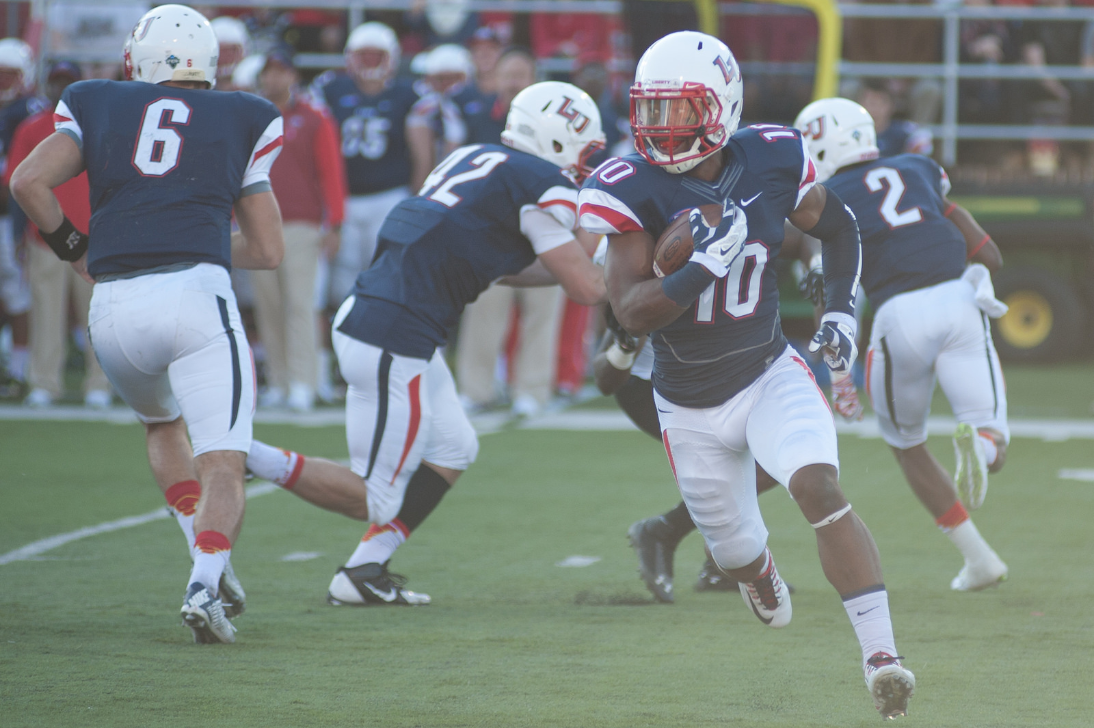 All You Need to Know: JMU