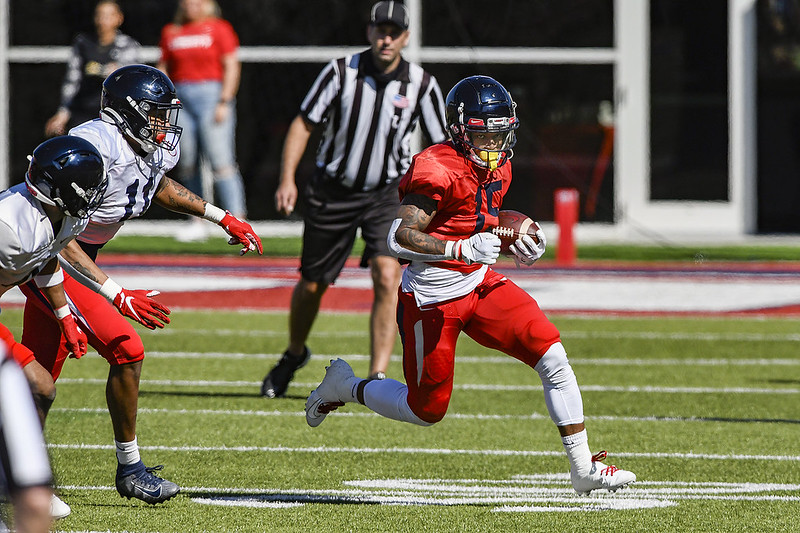 In 2020, Liberty finished 9th in the country with 252.4 rushing yards per game, and it was quarterback Malik Willis who led the team in rushing with just under 1,000 yards and 14 touchdowns. But that doesn’t mean the Flames don’t have a quality stable of backs.

Super senior Joshua Mack returns for what will be his 6th college football season. He’s rushed for exactly 797 and 792 yards over the past two seasons as the former Maine transfer has been Liberty’s second leading rusher each year. He is expected to resume his role as the top running back once again.

Liberty virtually made a free agent move as Peytton Pickett left the program to spend his final season of eligibility elsewhere, and the Flames brought in Utah transfer TJ Green who has two seasons of eligibility remaining. The former three-star rated prospect out of Chandler High School in Chandler, Arizona appeared in 25 games over the past three seasons at Utah where he rushed for 258 yards and 1 touchdown. He should be the second running back in the rotation when the 2021 season begins.

“I loved his demeanor, loved his personality,” Liberty head coach Hugh Freeze said earlier this spring of Green. “I think he wants to be coached, he wants to be good, he loves ball. Obviously his tape spoke for itself to me. I thought he had good vision, and I thought he had good change of direction. It’s hard to really tell sometimes how fast somebody really is. I think he’s fast enough. He’s everything that I thought about him, and our conversations on Zoom and getting to know him, his personally, it was accurate. He loves to work, loves the film room, has really been a pleasant kid to coach since he’s been here.”

Shedro Louis moved from wide receiver, where he spent his 2019 true freshman season, to the running back room prior to the 2020 campaign. He’s best remembered for his 170 yard and 2 touchdown performance on just 10 carries in Liberty’s 38-21 win at Syracuse last season. The 5’8″, 175 pound back is one of the fastest players on the team, and any time he touches the ball he has the ability to take it the distance. Look for Louis to get even more touches in unique packages in Freeze’s offense this season.

“(I) think the combination of (Green) and J-Mack and Shedro, I’m optimistic that we’ve improved ourselves there,” said Freeze of his running backs.

Troy Henderson and Frank Boyd provide additional depth in the running back room. They both have proved their ability in their limited opportunities in a Liberty uniform. Henderson had 32 carries for 152 yards last season. Boyd has spent time going back and forth between corner and running back since Freeze took over, but he has now settled in at running back and should continue to develop.

Malik Caper has moved from linebacker to running back. The redshirt-freshman made the move just ahead of the Cure Bowl in December. At 6’0″, 240 pounds he provides a much bigger body to the position. Caper had 7 carries for 22 yards in the Red, White, and Blue Preview this past Saturday. 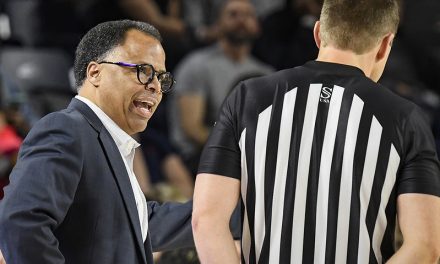 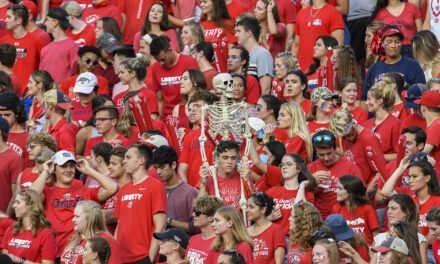 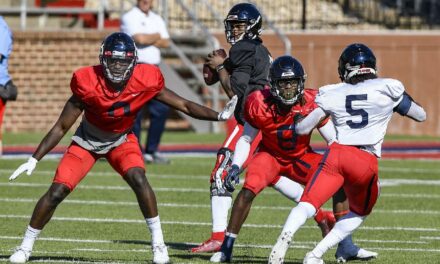