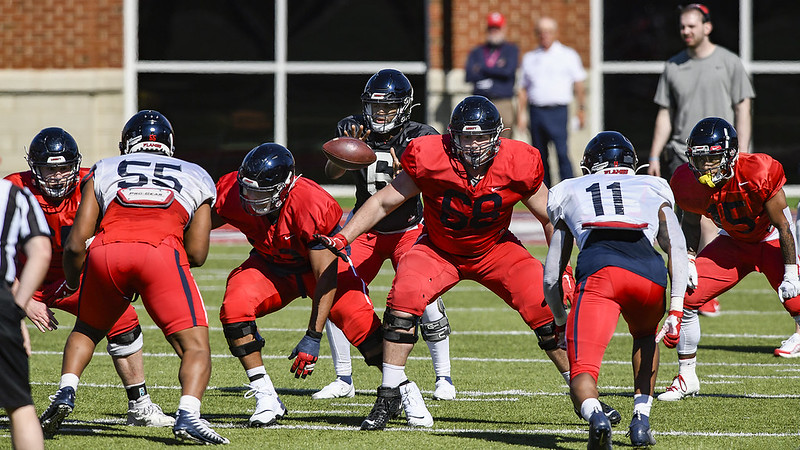 Schultz will enter the season as Liberty’s starting left tackle as he looks to continue to build his profile into possibly getting some NFL looks next year. He’s started 28 consecutive games for the Flames and 34 total in his career, including all 11 in 2020 at left tackle.

Bounds has played in 43 career games while making 21 career starts, mostly at left guard. The 6’1″, 290 pound lineman enters his sixth season in the program, and he will split time with Jacob Bodden at left guard. Bodden, a redshirt-sophomore, is listed at 6’5″ and 315 pounds. He started four games at left tackle as the two split time at the position.

Sargeant has started all 47 games in his Liberty career at center as he looks to make it 5th straight season as the Flames’ starting snapper. Like Bounds, the 6’1″, 295 pound Sargeant is also entering his 6th season in the program after they both redshirted their first season at Liberty.

On the right side of the line, the Flames have more experience as redshirt-sophomore Brendan Schlittler and redshirt-junior Cooper McCaw figure to return to their starting roles. The 6’5″, 315 pound Schlittler started 10 games at right guard for the Flames last season, as he has played in 24 games in his Liberty career. The 6’5″, 305 pound McCaw started all 11 games at right tackle last year. He has started 15 games and played in 35 games in his Liberty career.

Behind that experienced group of returning starters, Liberty also has several experienced depth pieces on the offensive line. Mathews, who was a reserve lineman that saw time at tackle in 2020, has been getting snaps at center this spring. He’s the team’s utility lineman who can fill in at most spots.

John Kourtis, who has been Sargeant’s backup at center the past couple of seasons, could continue to fill that role, but he is also getting a look at guard. He did miss most of the spring with an MCL sprain.

Ryan Eshleman spent the entire 2020 season listed second on the depth chart behind Schultz at left tackle, but he only saw playing time in two games. The walk-on and former tight end could provide depth at tackle if needed. Jonathan Graham continues to develop and will return as a steady contributor off the bench where he saw playing time in all 11 games last season, primarily at guard.

Chase Mitchell was a true freshman in 2020. He saw playing time in two games as a reserve, but the coaching staff is high on the prospects for the 6’4″, 320 pound native of Washington, Pennsylvania. He should be able to develop into a rotational piece on the line.

Behind them, the Flames have a talented group of youngsters who got a lot of reps in the spring. The coaching staff used most of the 15 spring practices to develop the younger talent as they know what they have in the veteran returners on the offensive line. A few names to watch out for as they continue to develop include Andrew Adair, Gage Bassham, Will Buchanan, and Brian Hannibal. 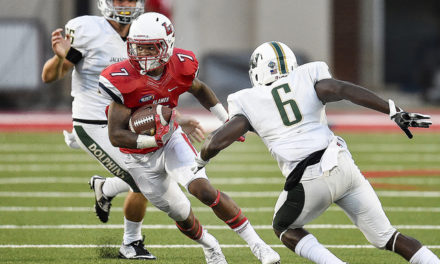 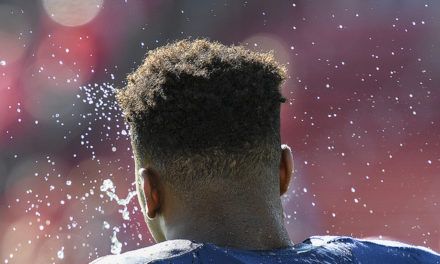 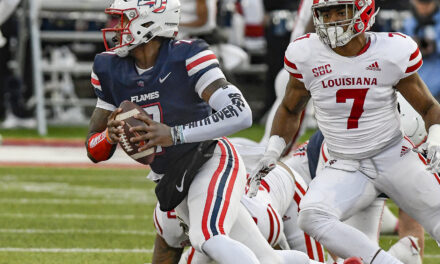