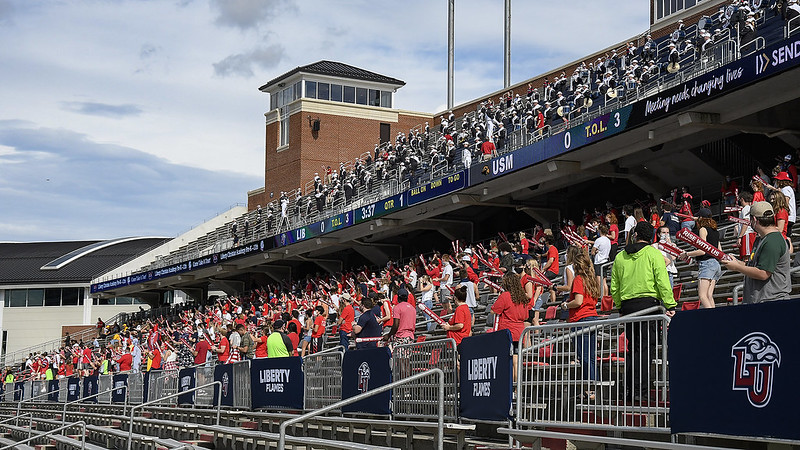 This page will track which Liberty players enter the transfer portal and which players in the portal decide to transfer to the Flames. It will be updated for each addition to either category.

Martin redshirted at Liberty during his first season on campus in 2022.

Rahimi was a starter for the Flames in 2022, recording 56 tackles. He also led the team with 5 interceptions.

Smith had 85 tackles and 10 tackles for a loss for the Flames as a starting linebacker in 2022 after joining the program from the JUCO ranks.

Update 1/9/23: Dae Dae has withdrawn his name from the portal and will return to Liberty next season.

Hunter has announced he is entering the portal. Hunter rushed for 850 yards and 8 touchdowns in 9 games before being injured in the Arkansas game. The Flames were 8-1 with him in the lineup, his first season at Liberty after transferring from Hawaii.

Brown is a redshirt-sophomore who did not play any games this season. He saw playing time in one game during his Liberty career, against Western Carolina during the 2020 season.

Buchanan played in six games on the offensive line for the Flames in 2022.

Update 1/7/23: Megginson has committed to SMU

Megginson has been a starter at corner for the Flames the past couple of seasons. The Heritage High School product is a grad transfer.

Update: Norwood has withdrawn from the portal and will remain at Liberty.

A true freshman from Colorado, Norwood played in just three games for the Flames this season after recovering from an early injury. He did not record any stats.

Kicker Jason Stricker has announced he will be entering the transfer portal. He handled the Flames’ kickoff duties during 2022.

Update: Signs has withdrawn his name from the portal and will stay at Liberty

Sings played in 11 games this season as a second string defensive end. He recorded 13 tackles with 3.5 sacks and 3 pass break ups.

Update 12/14/12: Walker has committed to SMU where he will be reunited with former Liberty defensive coordinator Scott Symons.

Walker was Liberty’s third leading tackler this season, recording 63 tackles in 12 games played. He also had 11 tackles for loss, 4 sacks, and an interception.

The former Auburn transfer played in 12 games on the defensive line for the Flames this season. He recorded 22 tackles, 2 TFLs, and 1.5 sacks.

Lofton played in 10 games this season, recording 10 catches for 102 yards and 2 touchdowns.

A walk-on, Poole played in six games for the Flames this season, not recording any stats.

Brunson played in 2 games for Liberty this season, not recording any stats.

Jenkins was third-team All-Sun Belt this past season for the Chanticleers with 11 receptions for 149 yards and 5 touchdowns. He has two seasons of eligibility remaining after beginning his career at Jacksonville State.

Bishop began his career at Alabama where he redshirted as a walk-on during the 2018 season. He then transferred to Louisiana where he has totaled 63 tackles and 3 interceptions. Bishop has one year of eligibility remaining. The 6’0″, 194 pound defensive back is originally from Tuscaloosa, Alabama. Bishop has also picked up offers from Troy, Kansas State, Arkansas State, Old Dominion, and James Madison.

The 6’2″, 298 pound lineman has three seasons of eligibility remaining. Originally from Largo, Maryland where he attended DeMatha Catholic, White played in 11 total games for the Mountaineers, seeing action at guard, right tackle, and center. He played 51 snaps in 2020 and then received a redshirt in 2021 after playing four games at center guard. This past season, as a redshirt-freshman, White played in four games, starting three, while missing a good portion of the year due to injury.

Smith is in the portal from West Virginia and has two years of eligibility remaining. The 5’10”, 187 pound receiver caught 19 passes for 205 yards and a touchdown in 2022. Smith was used as a wideout and a punt returner during his time with the Mountaineers. Originally from Danville, Kentucky, he appeared in 33 games and caught two touchdown passes.

Roderick is a transfer from South Carolina who will be playing his sixth and final year of eligibility in 2023. He started 34 games at South Carolina, tallying 198 tackles and 2 interceptions. He played in just three games during 2022 as he dealt with some injuries. The 6’0″, 207 pound safety attended Cane Bay High School in Summerville, South Carolina. He was also offered by James Madison.

In his three years for the Ragin’ Cajuns, Rogers caught 59 passes for 524 yards and 2 touchdowns. He played high school football at Lafayette Christian Academy in Louisiana, the same high school that produced Liberty safety Brylan Green. The 5’11”, 196 pound receiver has two seasons of eligibility remaining.

The Southern Miss transfer has two years of eligibility remaining. Lowe, who began his career at West Virginia, transferred to Southern Miss prior to the 2020 season. He also played outfield at WVU. The 6’2″, 235 pound native of Collierville, Tennessee, led the Golden Eagles to their first bowl game victory since 2016 in the 2022 Lending Tree Bowl.

The former three-star running back, comes from Liberty after spending one season at Arkansas. He played in just one game for the Razorbacks and has 4 years of eligibility remaining. He chose Arkansas out of HS over offers from Florida State, Missouri, Tennessee, Michigan, and others.

As Wake Forest’s back, Cooley rushed for 215 yards and three touchdowns on 47 carries in 2022. He finishes his career as a Demon Deacon with 92 rushes, 371 yards and four scores over two seasons. Cooley has two years of eligibility remaining. 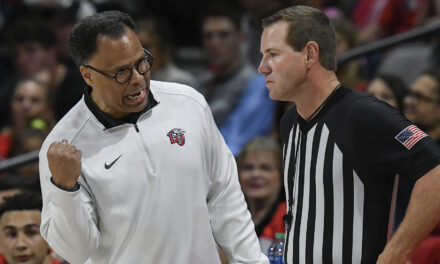 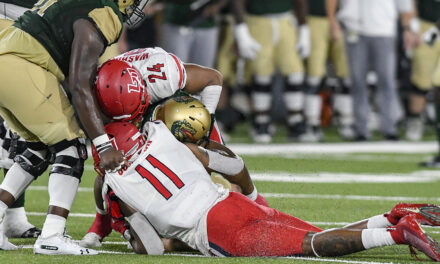 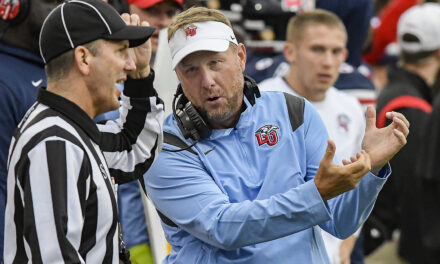 3 Keys To The Game vs Ole Miss