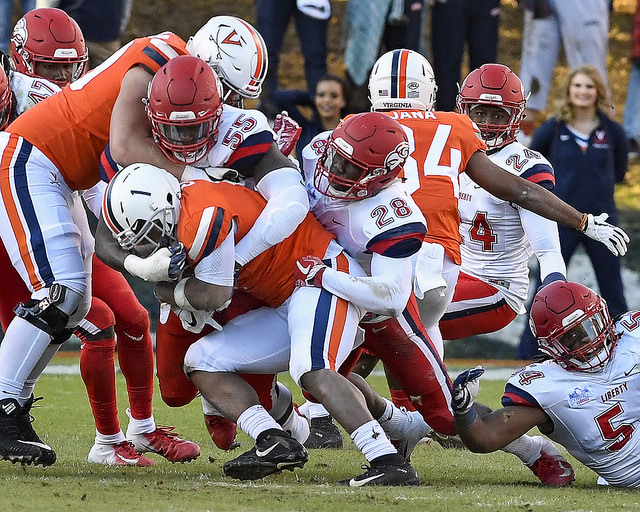 Coach: Bronco Mendenhall is in his 4th season as head coach of the Cavaliers after an 11-year stint as head coach at BYU. After a 2-10 season in 2016, he has successfully guided Virginia to two consecutive bowl appearances.

Last Season: Under Mendenhall’s direction, Virginia has improved in each of his previous 3 seasons, from 2-10 during his first season to 8-5 in 2018 and a win in the Belk Bowl. The Cavaliers raced out to a 6-2 mark and a top 25 national ranking before losing to Pitt on national TV in a monsoon. UVA would limp to a 1-3 mark in the final 4 regular season games before rebounding with a resounding, 28-0, win over South Carolina in the Belk Bowl.

Virginia’s resurgence was led in part by quarterback Bryce Perkins who was one of only two QBs in the country to pass for 2,200 yards and rush for 700 yards, the other being Kyler Murray. Perkins began his career at Arizona State before breaking two vertebrae in his neck. He then transferred to a Junior College before he ended up at Virginia. Behind Perkins and wide receiver Olamide Zaccheaus, the Cavaliers were able to put together an offense that provided opposing coaches heartburn trying to figure out ways to stop this dynamic combo. The Cavaliers also had one of the best returners in the country in Joe Reed, who took one the distance against Liberty to open the 2nd half.

The defense was led by NFL draft picks safety Juan Thornhill and corner Tim Harris. Bryce Hall and Jordan Mack also made an impact as UVA held 5 opponents to 14 points or fewer.

2019 Outlook: With several key pieces returning and an impressive performance in the bowl game, Virginia fans are dreaming of the program’s 2nd ever 10-win season in 2019. Perkins is back to lead the offense and he will have help from the likes of wide receiver and returner Joe Reed, linebacker Jordan Mack, and defensive back Bryce Hall. In total, 15 starters will return in 2019.

In addition to finding a replacement for Zaccheaus at wide receiver, the Hoos will also need to find a fill in for running back Jordan Ellis who rushed for over 1,000 yards last season. PK Kier is the top nominee to step in, but he has just 32 carries in his career and only averaged 3.1 yards per attempt in 2018. True freshman Mike Hollins could also factor into the rotation.

On defense, Virginia returns a ton of experienced players. To go along with Mack and Hally already mentioned, UVA will also have the services of LB Charles Snowden and DEs Aaron Famui and Tommy Christ. They should only improve from a unit that finished 3rd in the ACC in both points and yards allowed per game last year.

The Cavaliers will face 4 teams from Virginia in 2019 – William & Mary, Old Dominion, Liberty, and Virginia Tech – marking the first time any Virginia FBS team has faced all three other FBS squads.

Very Early Outlook: If the season goes like Virginia fans expect, the Cavaliers will have a sexy record by time November 23rd rolls around and with any luck they could be ranked in the top 25. UVA will be coming off a bye week but they have the huge Commonwealth Clash on Friday less than a week after the game against the Flames. The Flames were competitive with Virginia last year into the 3rd quarter until Coach Gill elected to go for it on 4th and 1 at Liberty’s own 10-yard line. From there, the Hoos flexed their muscles and rolled to a 45-24 win in the first ever meeting between the programs. With all of Virginia’s returning talent and their sights set on achieving higher goals than 2018, this will be a tough challenge for the Flames. 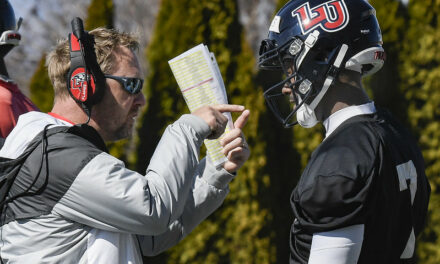 Hugh Freeze adjusting to the possibility of no football in 2020