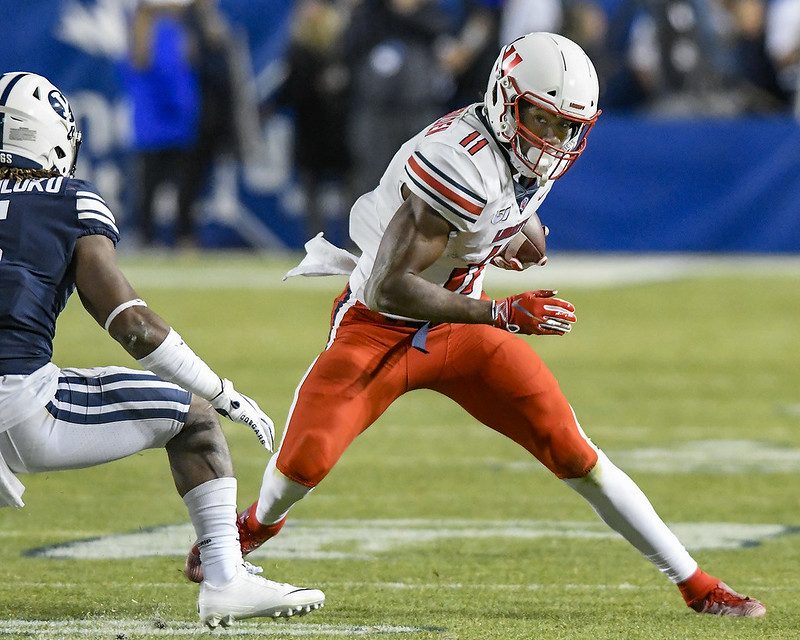 Liberty wide receiver Antonio Gandy-Golden was named one of 12 semifinalists for the Belitnikoff Award on Monday, and his head coach quickly went to bat for him to be one of the three finalists which will be announced next week.

“I think his numbers speak for themselves,” Hugh Freeze said during his Monday press conference. “If I can politic for him, I think he deserves to be there.”

His numbers have him second in the country with 1,244 receiving yards, just behind Arkansas State’s Omar Bayless who has 1,270. He needs just 136 yards to break the school record for most receiving yards in a single season, currently held by Darrin Peterson from 2014 with 1,379. That’s one of the only school receiving records AGG doesn’t already own.

“AGG has phenomenal talent,” Freeze said. “He’s reminded me (to) always be teachable. When I came in (to Liberty), his deal was, ‘Well, he can’t get off press coverage.’ That’s what I heard from the NFL scouts or whatever. So, we went to work on that. He’s still not perfect at it, but he’s a lot better. He’s just been hungry to be teachable.”

“I would say (AGG ranks) 3, 4, or 5, in my eyes, of those,” Freeze said. “I think A.J. Brown and D.K. Metcalf, they’re pretty special, and they’re showing it in their rookie year of the NFL. I think AGG is a combination. He has the D.K. size. Speed-wise, he’s not quite what D.K. is, but he’s got the ball skills and the physicality. He’s an NFL player. He’s durable. I think he has a chance to have a long career doing this.” 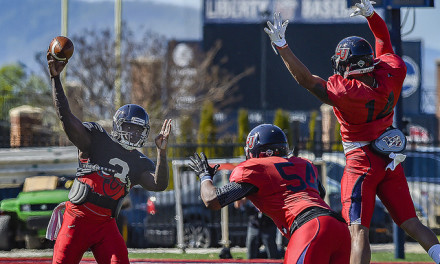 The Search: End of Spring Update