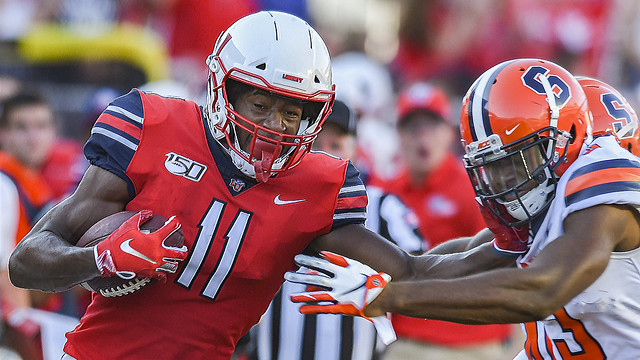 As the NFL Draft is set to begin with the first round on Thursday night, former Liberty wide receiver Antonio Gandy-Golden awaits his name being called on the game’s biggest stage.

Gandy-Golden had 150 receptions for 2,433 yards and 20 touchdowns in the past two seasons at Liberty as the program made the move to the FBS ranks. The 6’4″ wide receiver helped lead the team to its first ever bowl appearance and victory, defeating Georgia Southern in the Cure Bowl.

AGG has said that he’s talked to every NFL team, but the Bills and Eagles are among those that have expressed the most interest.

“Definitely the most contact with the Bills,” Gandy-Golden told GameOn in a recent video interview.

Most NFL Draft projections have AGG going somewhere in the 3rd-4th round and among the top 20 wide receivers in one of the deeper wide receiver classes in recent memory in this year’s NFL Draft.

According to Matt Lombardo of NJ Advance Media, the Eagles are among the teams who have shown the most interest in Gandy-Golden, as well as the Cleveland Browns, Indianapolis Colts, and Arizona Cardinals.

The first round of the NFL Draft begins Thursday night at 8 p.m. The 2nd and 3rd rounds will be televised Friday night, with the 4th-7th rounds on Saturday afternoon. 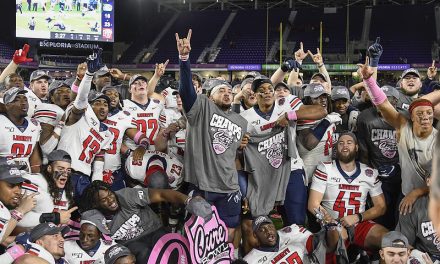