Flames pick up a commitment from 2020 SG Jonathan Jackson 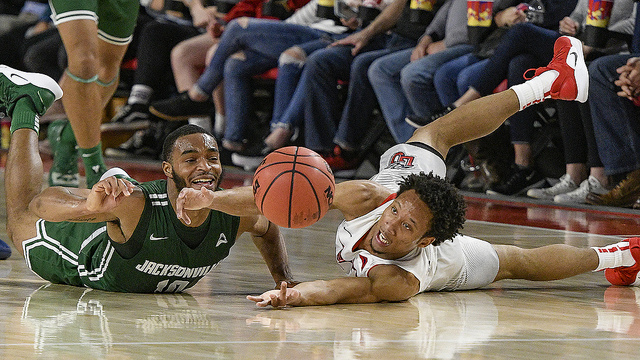 Liberty has picked up a commitment from 2020 6’4″ shooting guard Jonathan Jackson, according to Verbal Commits. Jackson is the younger brother of former North Carolina and current Dallas Maverick star Justin Jackson.

Despite being the younger brother of an NBA player, Jonathan’s recruitment has been fairly quiet. He has no other publicly reported offers for the 6’4″ 170 pound guard despite having several of the big name schools express interest in him early. Some schools that reportedly showed interest in Jackson include Texas A&M, Duke, UCF, UNC, Kansas, Virginia, Oklahoma, Pitt, Colorado, and Kansas State. Despite all of those schools showing interest, McKay and the Flames offered him first and were on him as early as the summer of 2017. His older brother Justin starred at UNC, winning the ACC Player of the Year award for the 2016-17 season and setting the school record for single-season three-pointers made. Jonathan has been ranked by one publication as the number 2 player in Kansas in the class of 2020.

Like his brother, Jonathan has spent most of his young career as a home school player, playing recently with Kansas City’s Metro Academy and various AAU teams. His family moved to Overland Park, Kansas recently and he is now playing with Blue Valley High School. Jonathan is a standout perimeter shooter and has played with some of the better AAU teams in the country.In addition to his brother, he also compares his game to Klay Thompson.

Jackson becomes the third commit in the 2020 class, joining Drake Dobbs and Isiah Warfield. The way the roster is currently constructed, this leaves Liberty with one more scholarship remaining in the class. 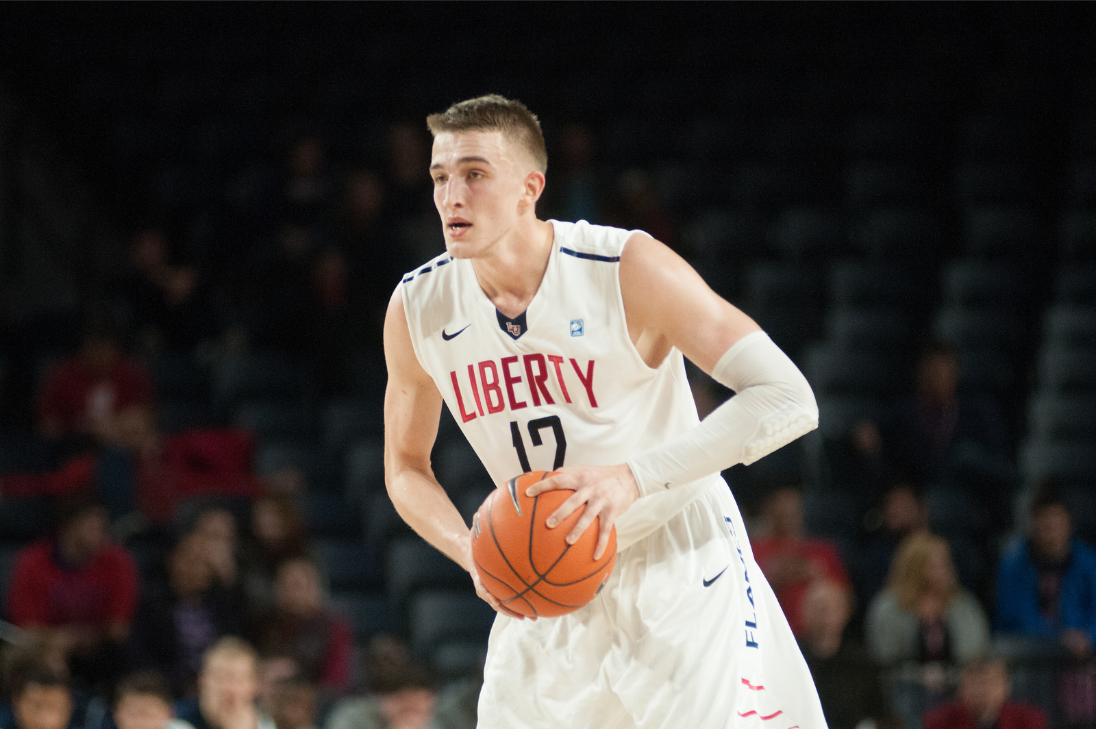 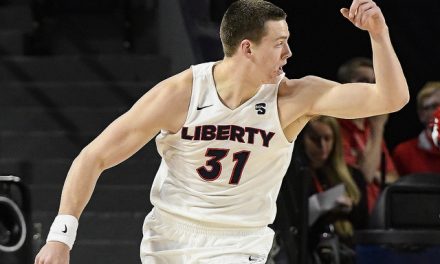 Flames Look to rebound at Radford