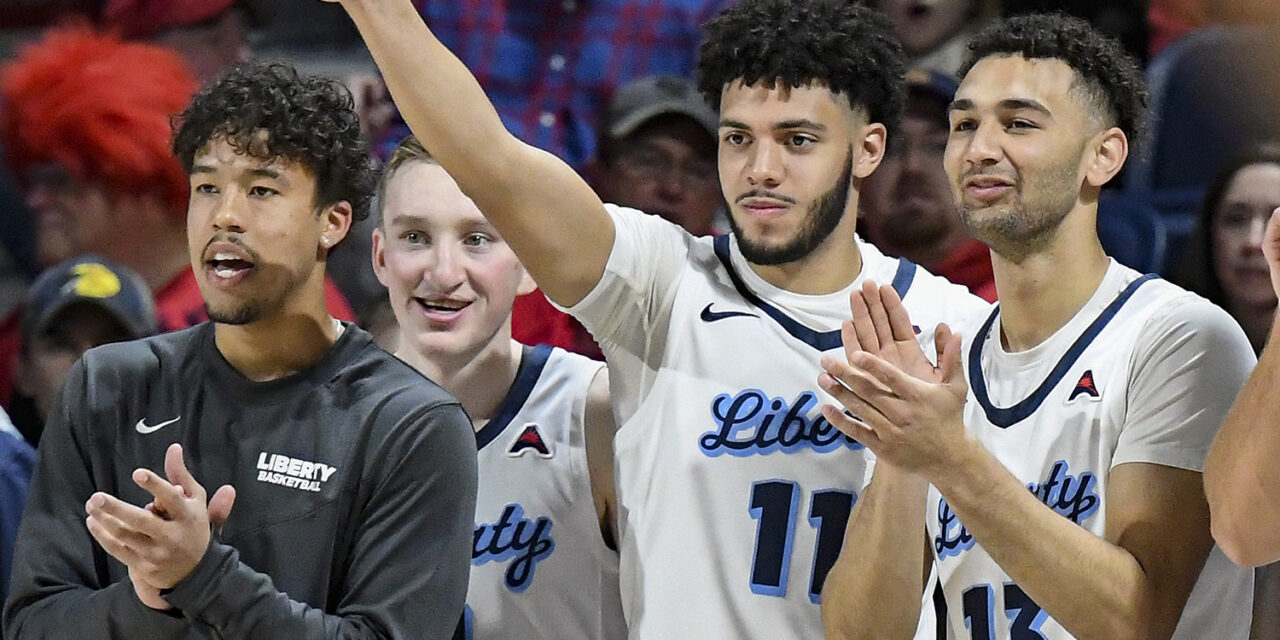 DJ Moore is a shifty ball-handling, playmaking, and defending sophomore guard for the Flames. The Ohio native left high school as a three-star recruit, with a number of personal accolades and a deep post-season run to back up his career. When I watch DJ, I often think of Ramon Sessions, a tenured NBA journeyman who was a defensive-minded point guard. Moore stands six feet, three inches tall, and weighs 190 pounds. He showed potential running point guard for the Flames and provided valuable help in the packline defense.

Below are DJ’s career stats per ESPN:

DJ found himself in the rotation often this past year. Moore played as much as half the game against Carver College. Moore demonstrated smart shot selection throughout his freshmen campaign. I cannot remember one instance of him forcing a shot, and his percentage is proof. He shot mid-forties on a small number of attempts on the season, a mark of a true point guard.

Moore also showed promise at the free-throw line. He only shot six free throws on the season, but looked composed and capable, especially given his three-point percentage. Obviously, Moore is still growing from behind the three-point line. He didn’t seem to look for this shot throughout the season, and it didn’t seem to be an emphasis of his game at this point. However, Shiloh Robinson stands as proof that any player on the Flames can improve in his shooting.

In case you’re not aware, there is a highlight clip (below) of Moore scoring the game-sealing basket to send his team to the championship for his high school. In that same video, you can see demonstrations of Moore’s shooting ability and his shiftiness off the dribble. Moore was not as free-shooting with the Flames, but much of that is centered around his role for the team.

At this point, the roster is quite full of shooting threats. Brody Peebles, Darius McGhee, and Kyle Rode all pose substantial knock-down shooting ability. Moore will find a home facilitating and protecting the ball. This allows for the ball to find the right shooters within the natural flow of the offense. I believe Moore is aware of this role and is trying his best to fill it when he is given the chance.

Moore showed signs of being incredibly shifty. If he can hone his ability to finish around the rim consistently, he will become a significant threat to help lead the Flame’s offense. He will be competing for playing time primarily with Collin Porter this season. They have a similar approach to their position, operating as floor generals.

If Moore can develop a knock-down shot off the pass, he will solidify more playing time. As Darius draws attention, he often has the opportunity to look for his teammates to score. This opens up possibilities for DJ to help the offense with his shooting. He is already a capable ball-handler but could diversify his moves to create even more space for himself. Moore can pass the ball efficiently but will have to continue to mature in his reads on offense as he grows in primarily ball-handling ability.

Overall, Moore has all the tools to keep up athletically at the D1 level. I hope he works on refining his ability as an offensive threat so we can continue to see more and more of him in the lineup. 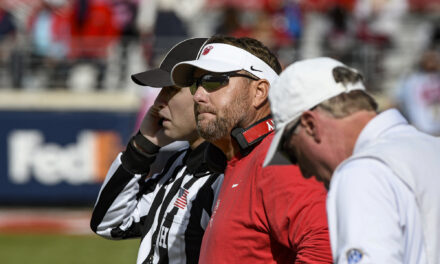 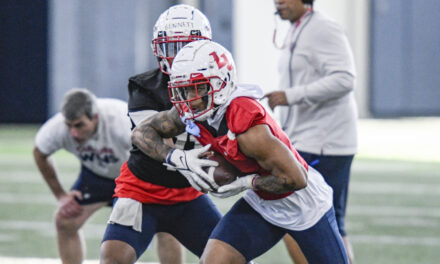