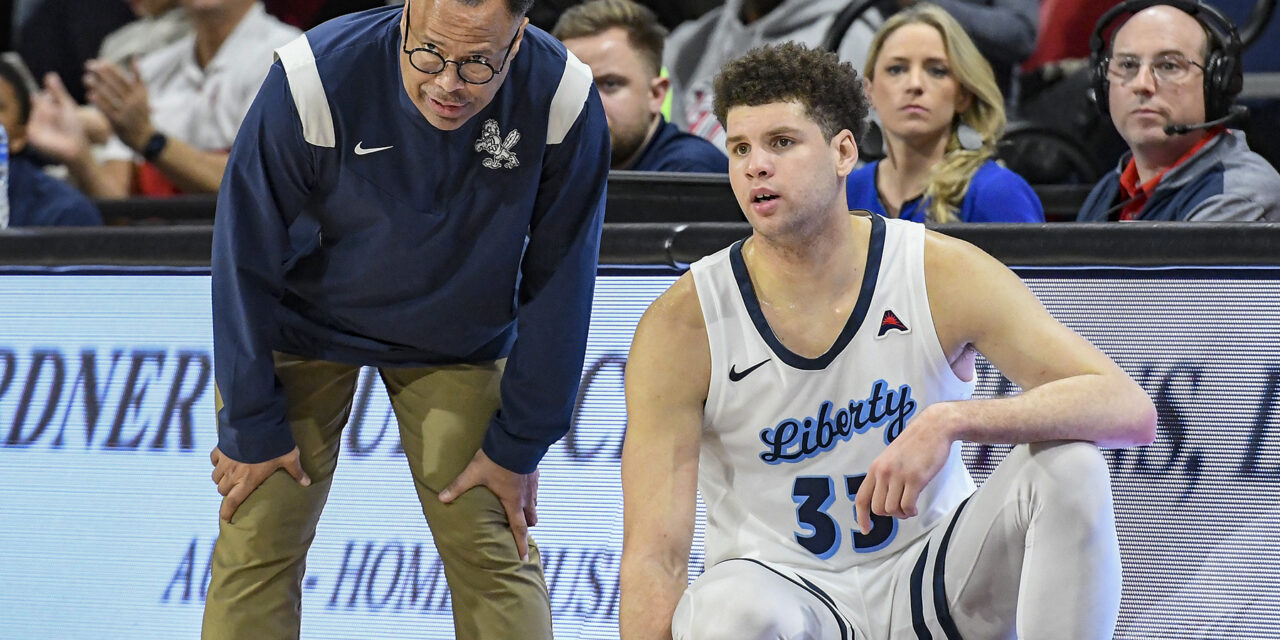 Shiloh Robinson is endearingly known as the Liberty Flames’ lineup’s energy man and swiss army knife. The 6’7” forward plays well above his weight of 210 pounds and can be found matching up with the tallest offensive threat to the smallest ball-handler. He hails from the state of Nebraska, demonstrating Liberty’s ability to find their ideal fit.

Robinson demonstrated a dramatic jump this season in a few categories. First, most fans will notice Shiloh’s increased points per game average. Shiloh came out playing free and lose, especially considering his shot. He more than doubled his average, which is encouraging considering what he could do in the upcoming year. He continues to improve his shooting percentage, going from a four-point percentage increase to six. The most drastic jump is his three-point percentage. He went from a rare three-point connection to one of the more legitimate threats on the floor. I seem to mention in nearly every article that any player who shoots around that 40 percent mark from three is a considerable threat to connect.

There is no denying Shiloh made a huge leap this season. He went from your average role player to a staple piece in the lineup. He was a persistent starter this season, someone the team counted on to take on tough matchups and even hit big shots (he hit big threes a number of times down the stretch this past year). The story of Robinson’s numbers is probably as straight forward as any current-roster Flame – massive improvement and maximization of potential. Let’s discuss where Shiloh’s headed.

Robinson is the perfect garbage man who turned into a precise asset. Usually, a player like Shiloh is recruited to be a 10 (points) and 10 (rebounds) kind of player whom you hope gets you 1.5 blocks a game. That’s great upside. However, when coaching, Robinson is a testament to hard work, dedication, mindset, and Coach McKay’s never-put-a-ceiling-on-a-man mentality. Whenever your hustle and energy big man starts knocking down threes, opponents know they have a large contingency in their game plan.

What Robinson did through the first two-thirds of the season was remarkable. He suffered a drop-off towards the end of the season, but I attribute this to the pressure he started to feel due to his surprising success at the beginning of the season. It appeared at some point in conference play he got self-aware that he was exceeding predictions and started to revert. That leads to tightened shooting and simply putting too much meaning on each shot.

Robinson is the picture of unselfishness. Much like Venzant, he embodies the can-do spirit of a determined and versatile defender. He can guard positions one through five, and that created a great advantage for Flames. Shiloh plays smart and makes the right reads, even to the point of falling prey to Kyle Rode’s over-analyzing tendencies at times.

I believe Robinson is second in importance to Darius McGhee on this team. My reasoning is found in his effectiveness on both ends. Robinson presents problems on defense because he is more athletic than he is given credit for and more versatile on offense than realized. He opens up the offense for every player on the floor because his effectiveness is unpredictable. He can be very effective in finishing while also taking a three that is hard to contest because of his height. Defensively, switching does not affect him. While the packline doesn’t rely on effective switching with post players and guards, Shiloh covers breakdowns in the defensive scheme and sometimes intentionally matches up on faster guards.

To conclude, I believe Shiloh will be more of himself at the beginning of next season. Like most players in the off-season, he will be honing his game and working out weaknesses. I think he will continue to shoot the three well and he will be an even more formidable threat on defense. Look for him to continue to confuse and frustrate opposing scouting reports. Lastly, I believe he will support Rode’s influence as a defensive leader. Everyone loves a guy like Shiloh (and loves to play with him)! 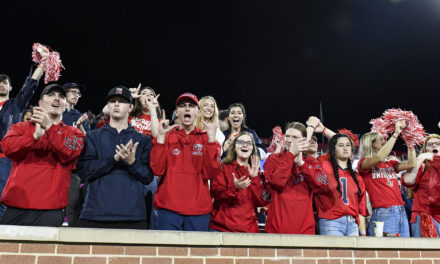 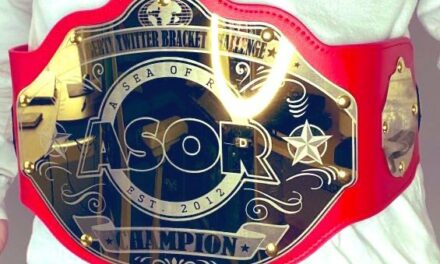 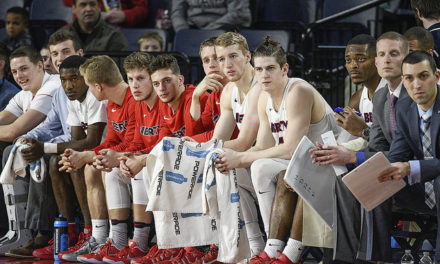