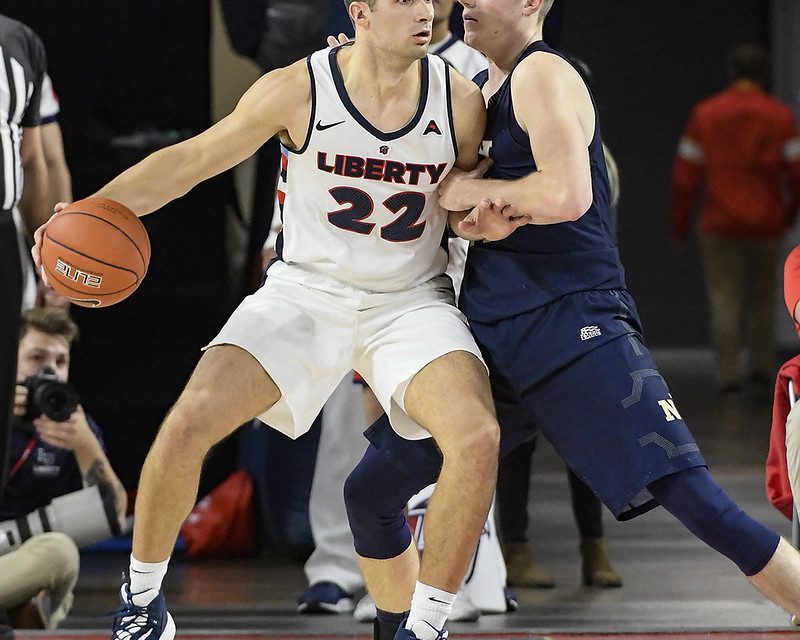 As we move deeper into the offseason, we now begin a series breaking down each individual player on Liberty’s 2022-23 men’s basketball roster. Our first in this series begins with a look at one of the team leaders, Kyle Rode.

Rode is the heady Lexington, Kentucky-born point forward leading the Flames this coming season. Like many of Liberty’s recruits, Rode exited high school as a three-star recruit with offers from other mid-major universities.

Since joining the Flames in 2019, Rode has developed into everything the coaching staff has hoped for and more. Below is a recap of his career stat line from ESPN:

The stats speak for themselves, but let’s dive a little deeper into what they mean. Obviously, since his arrival on campus Rode has been a consistent contributor. Like most upper-classmen, his role has expanded as he continues to prove himself on the court. He has gone from a steady role player learning the ropes to essentially the Flames’ player-coach.

Some basketball fans might be drawn to criticize the fluctuation of Rode’s field goal percentage, but any adept fan knows that is more determined by attempts rather than skill when there is a steady trend upward in attempts per game. Kyle Rode is consistent from the field and any player shooting around 50 percent is a dependable shooter.

The only exception in Rode’s game to this principle has to do with inside scoring. During the 21-22’ season, Kyle would get stuck with his back to the basket or caught in between a floater or kick-out. This is probably explained by Rode’s pass-first mindset. With Darius McGhee’s future decision still in the works, it’s hard to say what Rode will be expected to contribute. However, I think many of the reasons we say Rode gets “stuck” in the middle of the paint or the block without a dribble is due to his vision for McGhee, cutters, and Brody Peebles.

One of Rode’s highly promising trends is his three-point percentage. He has synthesized his increase in attempts with a rise in his percentage. 1.4 to 3.2 three-pointer attempts a game does not mean he is a number one option from deep, but I believe he could be. Rode has shown his ability to get going from downtown throughout his career. He simply defers to sharp-shooters on the team. Rode obviously appreciates the importance of teammates knowing their roles and playing within themselves. He is not going to get shot crazy or force opportunities. I would expect to see Kyle increase his aggression in his shot taking in the next season, especially if the coaches build the offense around his shot opportunities.

Two of Rode’s other notable stats are his assists and his free throw percentage. We can see a steady trend in Kyle’s passing numbers that show he is being entrusted with more and more point-forward duties. A simple observation from watching the Flames last season made this apparent. Rode consistently brought the ball up to half-court, second only to Darius, and often served as the chief facilitator/court general.

The significant jump in Rode’s free-throw percentage shows a renewed and improved confidence at the line. This could serve him well in the coming season if he starts to play more aggressively. He will likely be sent to the line more and having a near-90 percent free-throw shooter is priceless. He will become the first option at the line in close games if McGhee does not return.

Numbers are key for accurate analysis, but there is nothing more fun in basketball discussion than talking about the intangibles. Playing styles come alive when the discussion centers around the mentality and personalities of players.

Kyle Rode is certainly more known for his incredibly high IQ on the court. His basketball IQ is so sharp it sometimes becomes a weakness and tightens Rode up to a fault. It comes with innumerable strengths, though. He is an essential element of getting into offensive sets, a key part of Ritchie McKay’s offense. Rode has a knack for making the pass that leads to an assist. This is a high-level basketball move, being able to anticipate two or three passes away from the initial ball movement. Rode is keen on that department.

Along those same lines, Rode is known for court awareness, grit, and defensive intelligence. The defensive point-forward surrounded by capable shooters was popularized by the 2015-2016 Golden State Warriors when they went 73-9 with Draymond Green, Stephen Curry, and Klay Thompson serving as the foundation for their lineup. Many pass-first forwards have found refined roles as passing-rebounding-defending-IQ players, and Kyle fits within that category. He utilizes that role, much like Draymond, to serve as a guiding force and a solidifying presence to his teammates. Fans can be grateful for Rode’s willingness to match up with physical, larger big men each game. He does a solid job defending larger offensive threats and neutralizing them from the game plan. Rode has room to become even more physical, if he would like, against aggressive post presence.

I expect Rode to grow into a larger shooting role in the coming season. I believe McKay will want to call his number more and utilize his shooting to spread the offense and open the floor for penetration and other shooters. He will continue to provide a high IQ and defensive presence. I think he will find a renewed comfort zone banging with big men and could refine his post defense this summer. Bryson Spell might be helpful in this department as well.

Lastly, I would anticipate his overall offensive productivity to increase this season, largely due to the increased aggression and continual leadership that Rode provides. I believe we will see Kyle’s finest season yet. 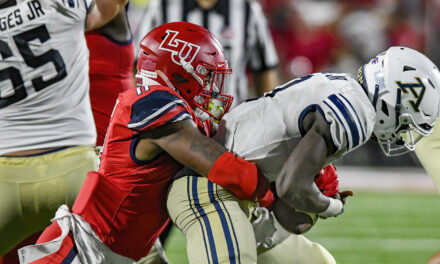 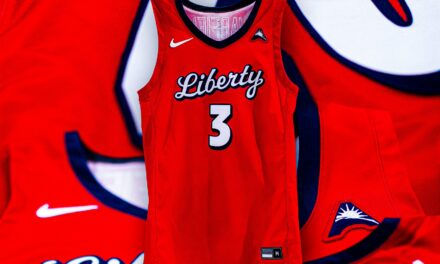