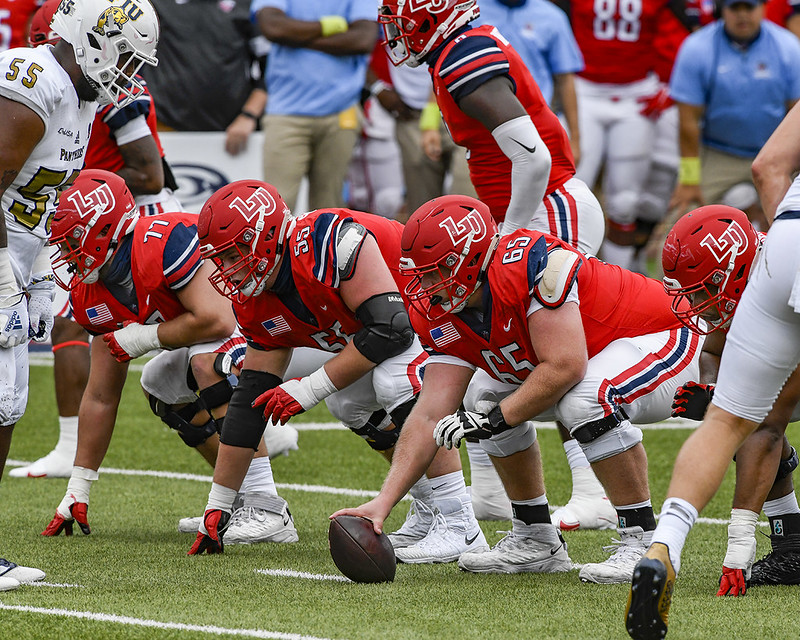 The Liberty Flames (2-0) return to action this weekend as they face North Alabama (0-0). Kickoff is scheduled for 1 p.m. inside Williams Stadium and will be televised on ESPN3.

This will be the first ever meeting on the gridiron between the two programs, but Liberty and UNA have become familiar with one another in other sports as both schools joined the ASUN Conference on July 1, 2018.

The Lions are in their 3rd year of transition from the Division II ranks to the FCS. At the Division II level, they were national power, winning three straight national championships from 1993-1995.

North Alabama is one of only a few FCS teams who have elected to play a fall season this year as most FCS conference and schools canceled their fall seasons and are currently planning to play in the spring. UNA has put together a four game schedule this fall, the max allowed by the Big South. In addition to playing Liberty, the Lions will also face Jacksonville State, in their only home game on Oct. 17, Southern Miss (Nov. 7), and BYU (Nov. 21).

Head coach Chris Willis is in his 4th season at the helm for the Lions and has 15 total seasons on the coaching staff, helping UNA to 12 playoff appearances and 7 conference championships at the Division II level.

“North Alabama is a proud program,” Liberty head coach Hugh Freeze said. “They’ve been national contenders at the Division II level for a long, long time. I’ve always known of them and the transfers they get from different quality Power Five programs, other Group of Five programs. I just have great respect for the job they’ve done. Coach Willis is a Mississippi guy, so I’ve known of him for a long time. I have great respect for them.”

For the second straight game, Liberty is facing an opponent with a huge question mark at quarterback. Redshirt-senior Blake Dever is listed as the starter, but redshirt-sophomore Rett Files is also expected to see some playing time.

The 6’3″, 257 pound Dever, transfers into UNA from Kennesaw State where he played in 5 games, including one start, last season. He completed 35 of 54 passes for 429 yards, 1 touchdown, and 1 interception in those games. He has bounced around a few schools during his career, spending the 2018 campaign at Central Community College, the 2017 season at Arkansas State, and the 2016 season at Savannah State.

The 6’4″, 235 pound Files has seen limited action at quarterback during the previous two seasons. He has completed just 1 of 4 passes for 6 yards with 1 interception.

“This week, we don’t know who the starter will be, but they’re going to run their offense,” said Liberty defensive coordinator Scott Symons. “System-wise, I expect it to be somewhat similar to what they did (last year). They are really multiple on offense, a lot of formations. They love their trick plays, their gadgets, those sort of things. Similar to what we see in practice every day.”

QB Chris Ferguson – “When you’re an FCS team coming in, you got nothing to lose. You have a chip on your shoulder. You’ve got to play for four quarters against these teams and let the scoreboard go where it may.”

RB Joshua Mack – “We can’t get ahead of ourselves. We played two back to back good teams on national television, something that’s never been done here before. We’re going to be happy and celebrate every win we get, but we’ve got to throw that one in the trash. We’re 0-0. Every team is different. I don’t care if it’s FCS, FBS, Power Five, mid-level, we’re going to treat them the same. We’re 0-0.”

More Mack – “I think we’re going to have a good game running the ball, to be honest. I don’t want to be cocky with my answer, but, from what I saw, I didn’t see a lot of challenges. We just have to keep that mindset, that we’re 0-0.”

DC Scott Symons – “They have a really storied there, as far as the Division II level of football. They’ve won a lot of national championships.”

DC Scott Symons – “I like what they did last year. I think their skill is really good, and I think they got a bunch of transfers on the O-Line. I think it’s going to be a good game and a good test for us, not one we are overlooking by any means.”

The biggest question mark could be how long Liberty’s starters, including Malik Willis if he plays, stay in the game. I’ve got to think both Chris Ferguson and Johnathan Bennett get plenty of snaps in this one. 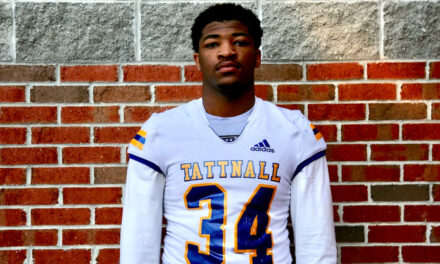 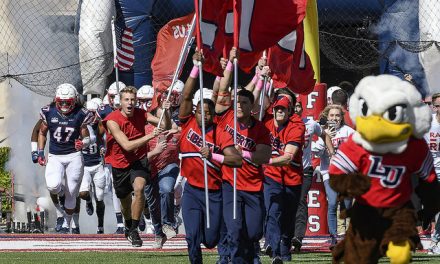 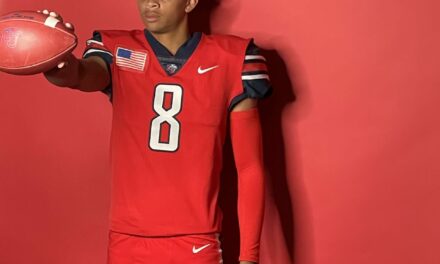 QB Julian Calvez Impressed by Liberty on His Recent Visit 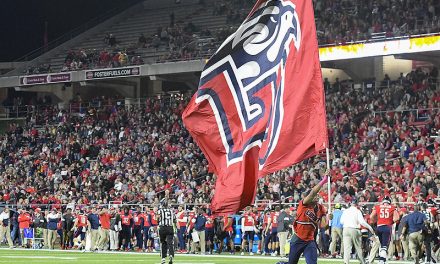