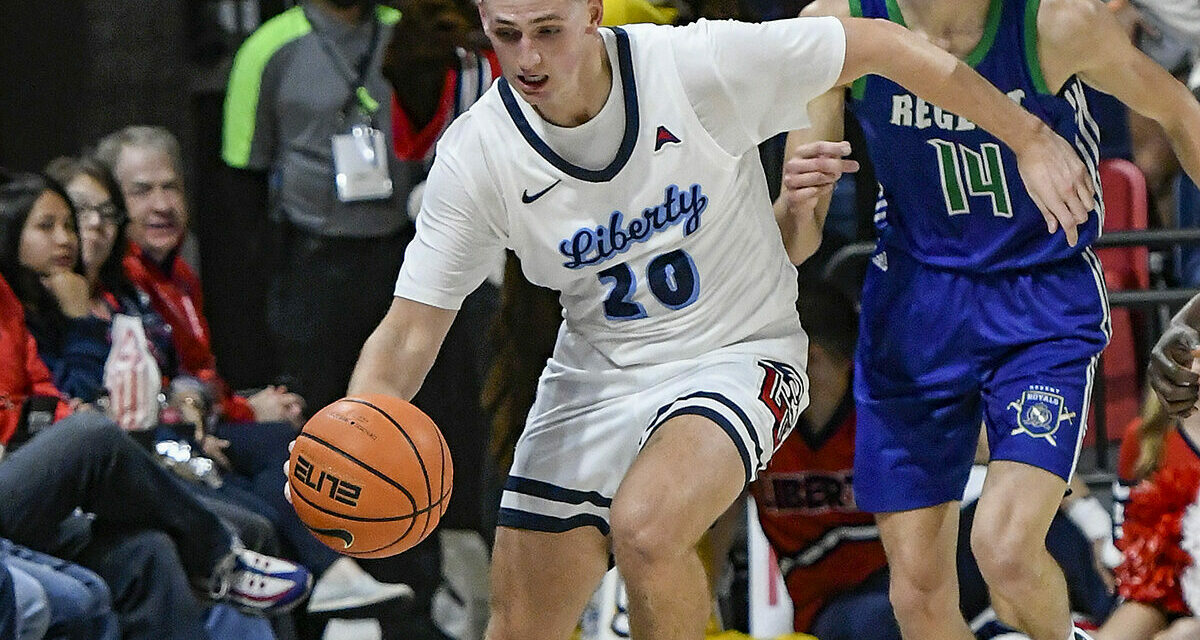 “Our defense was really sound,” said Liberty head coach Ritchie McKay. “We made it hard for them on most occasions tonight. I felt like our guys were really connected. When you have two individual defenders like Shiloh and Joseph, it gives you a great advantage. We lost Cuffee, but the way those two have stepped in with ownership and responsibility has been really fabulous for our team.”

Stetson jumped out to an early 15-5 lead before the Flames woke up and took over. Liberty utilized a balanced scoring attack with five players reaching double figures, led by Darius McGhee and Shiloh Robinson’s 16 points which was a career high for Robinson. Kyle Rode chipped in 12 points while Keegan McDowell and Brody Peebles each added 11.

Liberty is scheduled to return home for a game Saturday against Kennesaw State at 7 p.m. on ESPN+. The Owls are currently experiencing COVID issues as their game scheduled for Wednesday, Jan. 5 against Jacksonville has been postponed due to COVID protocols within the KSU program. The Owls state that the game against the Flames is still currently on as scheduled.

Shiloh Robinson scored 5 straight points in the early run that brought the Flames back from a 10 point deficit and sparked the team’s run. He scored 9 points in the first 10 minutes of the game before exiting with two early fouls. The 6’7″ junior forward would finish with a career high 16 points as he made 7 of 8 field goals and 1 of 2 from three.

He was part of a balanced offensive attack for the Flames against the Hatters on Tuesday. It was Darius McGhee who made all the headlines for his play in Hawaii during the Diamond Head Classic, but he was just part of a group of players who contributed offensively.

KYLE RODE HAS TURNED SEASON AROUND

Through the first 10 games of the season, junior forward Kyle Rode had struggled offensively. He only reached double figures scoring once during that stretch and had career lows in all major statistical categories. Rode has turned his season around since then though.

The turnaround began when the Flames hit the road for a lengthy road trip, beginning in Charlotte against East Carolina. He scored a season high 12 points in the win against the Pirates while making all four of his field goals and all three three-pointers. Over the past six games, Rode is 20-31 (64.5%) from the field and 13-18 (72.2%) from three over the past six games.

“Kyle Rode is dominating games right now,” McKay said. “He really is. He’s such a competitor. He’s the most unsung guy in college basketball, and I’m glad he’s ours.”

Since joining the ASUN, the Flames have not played their best basketball at the Edmunds Center on the campus of Stetson University. Liberty defeated the Hatters there in 2019, but have dropped a game at Stetson in each of the previous two seasons while playing poor offensively in those outings.

That wasn’t the case for Liberty on Tuesday night to get conference play started with a bang. The Flames finished the game shooting 58.5% from the field and 39.1% from three point range. Liberty dominated in the paint with a 42-18 advantage in points in the paint. 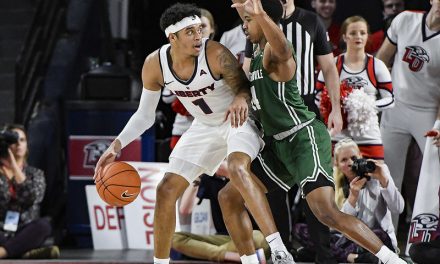 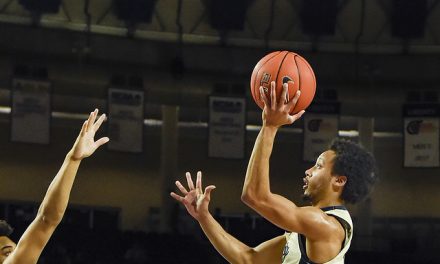