Here we go Flames Nation.  It is finally time for football.  Not pre-season football, not training camp football, but real, actual, every game counts college football.  It is now Kent State Week, and Liberty fans everywhere are putting together their expectations for the 2013 season.  Judging by the admittedly unscientific polling conducted by us here at Flames Nation, those expectations are pretty high.  Our polling showed that, on the collective, our readers expect the Flames to go 11-1 on the season, with the only loss coming to Old Dominion.  As fans, we all have our inner homer.  We all believe in the team we cheer for, and we all believe they can do what would seem to be improbable to outside observers.  However, setting the expectation bar so high may be dangerous.

Last season, in Turner Gill’s first season at the helm, the Flames dropped their first four games, and finished the season at 6-5 overall.  Those first four games were tough ones.  Wake Forest, Norfolk State, Montana, and Lehigh.  Truth be told, the Flames probably should have walked away victorious in three of those games.  However, the ball did not bounce their way, and Liberty had to win six of their last seven to finish with a winning record for the seventh consecutive season.  With the exception of that masterful performance at home against #6 Stony Brook, the Flames lacked a real quality win in 2012.

2013 is not going to be much easier.  Liberty opens against a Kent State that went 11-1 in the regular season last year, and features a Heisman candidate tailback.  The Flames also have two tough in state road tests.  Liberty will travel to Richmond to take on former Head Coach Danny Rocco’s Spiders, and will later travel to Norfolk to take on one of the most dynamic offenses in the nation in Conference USA bound ODU.  It should also be noted that Old Dominion’s Foreman Field is quite possibly the most difficult place to play in all of FCS.  Finally, the Flames face what could be Coastal Carolina’s most formidable squad in years.

Liberty returns an experienced defense that should be the strength of the team.  Quarterback Josh Woodrum will have the confidence of being the unchallenged starting signal caller in his second year under center.  The Flames will also have a ton of experience in RB Aldreakis Allen, as well as a lot of potential in transfer RB Clifton Richardson.  However, Liberty loses nearly all experience at the Wide Receiver position.  If the Flames’ wide outs are not able to stretch the field, defenses will likely key in on stopping Liberty’s rushing attack.

The good news is of course that the Flames control their own destiny to get to the FCS playoffs.  Should they run through the Big South, the season will be labeled the most successful in school history.  The departure of Stony Brook from the Big South, and the fact that Coastal will be coming to Lynchburg should make this a very realistic goal.  If Liberty can knock off Coastal, nothing should stop the Flames from reaching the FCS playoffs for the first time.  While expectations of 11-1 may be a bit high for this team, 9-3 with a playoff game at Williams Stadium may be well within reach.  That may not meet your expectations, but it sure would be an outstanding way to celebrate Coach Gill’s second season with the Flames.  So, the season is finally here.  Let’s bring it Flames Nation. 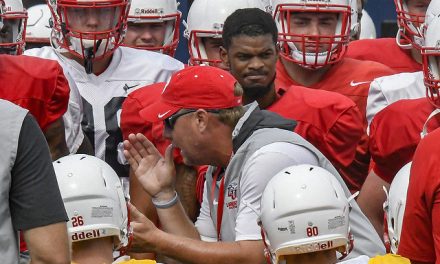 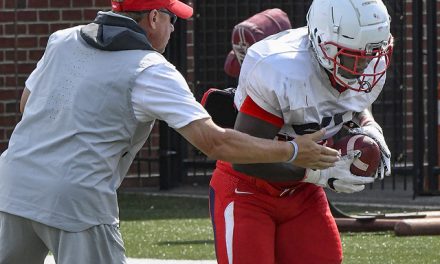 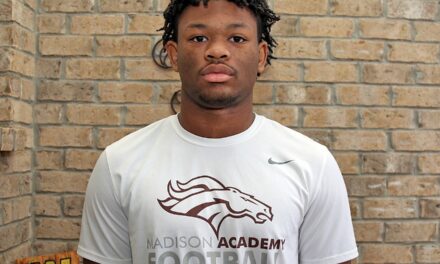