Recruiting philosophy to change now that Flames are FBS 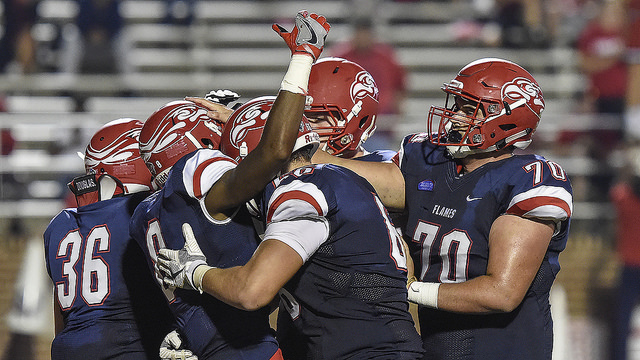 Under Coach Gill, the Flames have had their fair share of success on the recruiting trail. He’s typically been able to land multiple players with FBS offers, and many with other FCS offers. In fact, each of his past 3 classes have consisted of two 3-star rated prospects. Now that Liberty is competing at the FBS level, Coach Gill says his recruiting philosophy will change.

Just the fact that Liberty will be one of only 130 schools competing at the highest level of college football will allow the Flames’ coaching staff to reach a higher caliber athlete than they have in the past.

“We’re going to definitely go after some people that we haven’t gone after before because we try now, but they say we want to play on the FBS level,” Gill explained. “Well, now we have that. When we’re FBS, we’re going to be able to get into more homes. People are going to listen a little bit more on the phone.” 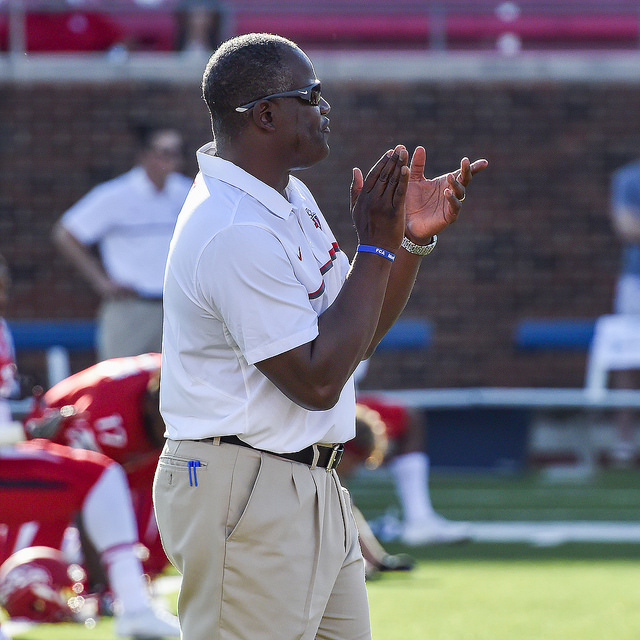 At the FCS level, Liberty had some of the best facilities in the country, but was held back by competing as an FCS and Big South member. While the facilities will be more on par with its competitors at the FBS level, Gill believes the Flames can compete with any of the Group of 5 schools in the country.

“Our facilities, obviously not quite as good as some of the Power 5s, but, I think, when we talk about the non-Power 5, there’s no question facility-wise, particularly the young man that is faith based, then, I think we can compare to anybody.”

Being able to attract the top talent across the country, particularly those that are Christians, or faith based as Coach Gill calls them, will be paramount to Liberty’s success as it continues to build its football program.

There are countless current and former NFL players that are professing Christians like Tim Tebow, Robert Griffin III, Colt McCoy, Russell Wilson, Prince Amukamara, and Derek Carr. The list goes on and on. Liberty alum and current Tampa Bay Buccaneer John Lunsford has stated that when he was in training camp with the San Francisco 49ers in 2016 there was a group of 20+ guys on the team that got together for weekly Bible studies. One article from 2015 states that three-fourths of NFL starting quarterbacks are Christians. The talent is out there, Liberty’s coaching staff just has to find and convince them that Liberty is the right place for them.

Gill says he and the coaching staff will target all the top Christian football players across the country. “I think the people who are faith-based, that are very, very talented young men, that may be looking at all the so-called top schools, we’re going to at least attempt (to get them on campus) until they tell us no. You’ve got to have the right fit here, whether you’re FCS or FBS.”

The Flames are already recruiting at a level comparable to the lowest rungs of the FBS. According to 247Sports for the 2017 recruiting class, only 4 non-Power 5 teams signed a 4 star recruit and 3 of those teams are from the AAC (UCF, Memphis, Cincinnati). 19 non-Power 5 schools, or roughly 30% of all non-Power 5s, signed 5 or fewer 3 stars. UTEP and Akron were the only two programs to sign 2 or fewer 3 star prospects, which is how many Liberty signed. Obviously stars aren’t everything, but it’s the best way we can currently judge recruiting classes.

Coach Gill and company should see an immediate boost to its recruiting classes with a larger number of nationally rated prospects committing to the Flames now that it is an FBS member.

“It’s no question (being FBS) has opened us up to be able to get more athletes’ interest, and particularly those people that are faith-based. We can get into those people now, as far as being able to play at the highest level, they get a chance to do that. We just want to get them here, and give them a chance to be around us.” 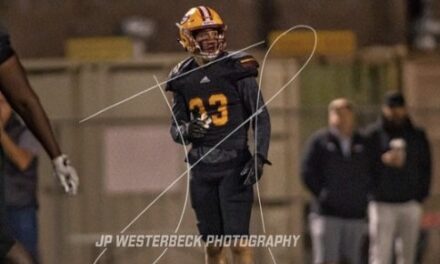 Rocket Rahimi cites loyalty for his commitment to Liberty