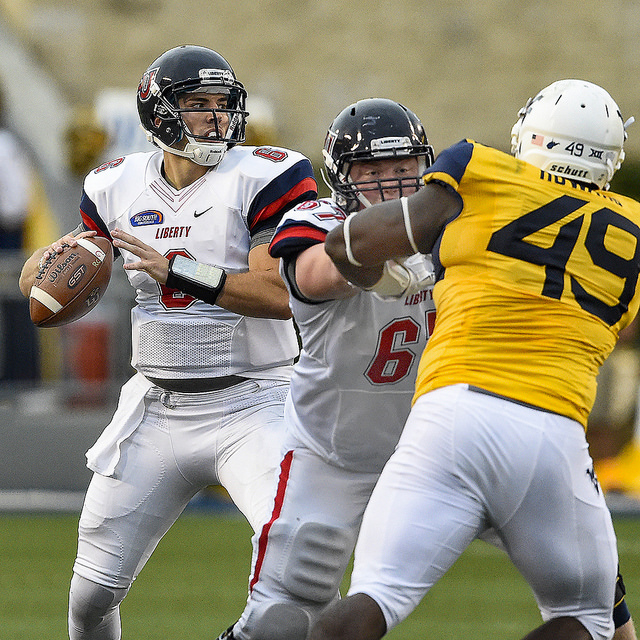 Lunsford opened the game with a kickoff through the end zone and also booted in a 31-yard field goal in the first quarter. He struggled throughout his Liberty career with the mid-range kicks, so anytime he has success at that range will be good for his NFL hopes. Lunsford did miss an extra point from the NFL extra point distance (15-yard line). He was 128/129 the last 3 seasons on PATs for the Flames. He finished the game with 2 touchbacks on his 3 kickoffs while only attempting the one field goal and extra point.

Woodrum took the over the reigns for the American team in the 3rd quarter. His first drive ended in a lost fumble on the snap, and on his 2nd drive he was stripped and lost the ball. The announcers said “he was the best quarterback we saw all week” and that he could be drafted in the 5th-7th round of the NFL Draft. Woodrum finished the game a perfect 3/3 passing for 45 yards and 2 lost fumbles. He also had -7 yards rushing on the 2 fumble plays.

As we mentioned earlier today, Woodrum will next have the opportunity to showcase his skills at the NFL Scouting Combine in Indianapolis in late February. 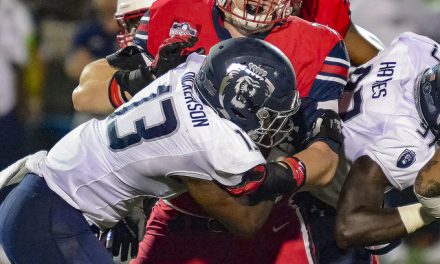