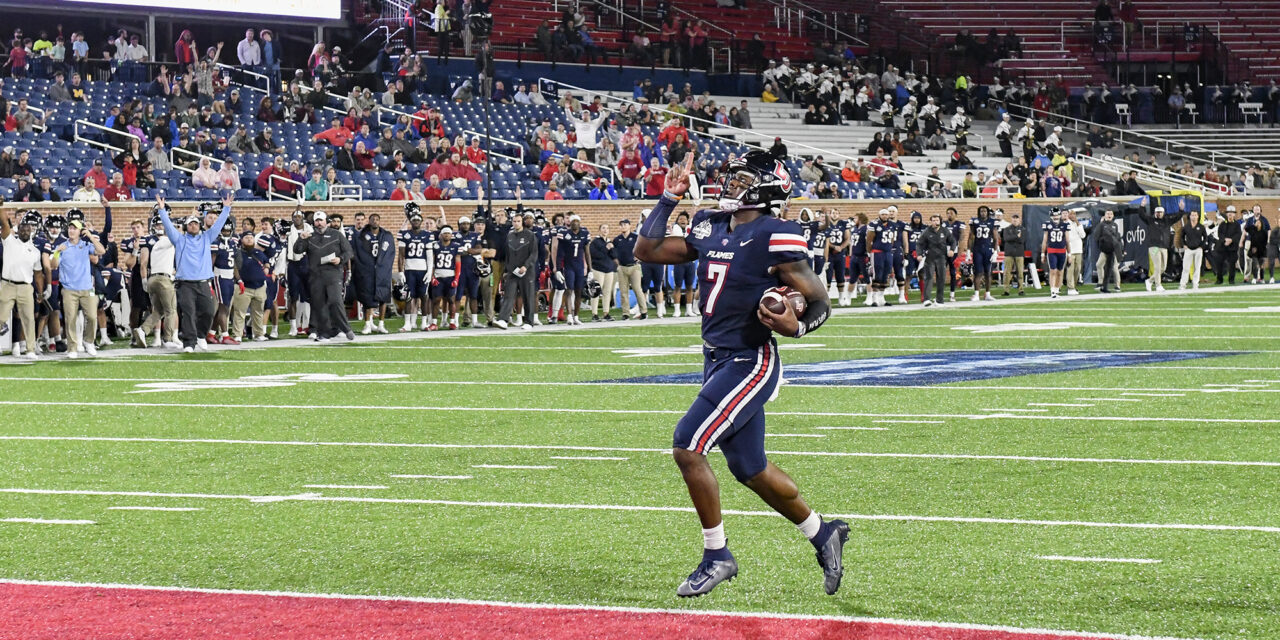 Would you expect anything else?

QB Malik Willis wanted to end his Liberty career with a win and he did just that Saturday evening against Eastern Michigan.

Things got off to a questionable start for the Flames behind a 3 and out drive that spanned 44 seconds. Everything changed on the next offensive drive though. Liberty picked up a pair of first downs getting them to mid-field. On a first and 10 from their own 46, Willis took the snap, stepped up in the pocket, and hit WR DJ Stubbs, who was streaking across the field, for a 54-yard TD bomb to put the Flames up 7-3.

Liberty’s first drive in the 2nd quarter was aided by a pair of pass interference calls against EMU. That set up a 34 yard TD scamper by RB TJ Green. On the next drive, Malik had completions of 18 (called back for personal foul after the play), 47, and 39 yards in consecutive plays. This led to a 20-yard TD pass to TE Johnny Huntley, putting the Flames up 26-10. Liberty would score on their next offensive drive as well. Malik hit TE Trevor Hobbs over the middle who took the ball 42 yards to the EMU13. Four plays later, Malik would fake out an Eastern Michigan linebacker for the 2-yard TD run.

Despite being up 33-10, the Flames kept their foot on the gas throughout the 3rd quarter. Their first score of the half came by way of Willis’ feet. The QB looked to throw from the EMU35, but no one was open. Willis scrambled to the left of the line then turned on the boosters for a 35-yard TD run. Two drives later, Malik would hit WR DeMario Douglas on 3-yard TD strike, marking his final score in a Liberty uniform.

Malik ended the night with 13 minutes left in the 4th quarter. He was 13/24 for 231 yards and 3 TDs along with 8 carries for 58 yards and 2 TDs. His performance tonight earns him the Player Of The Game against Eastern Michigan. 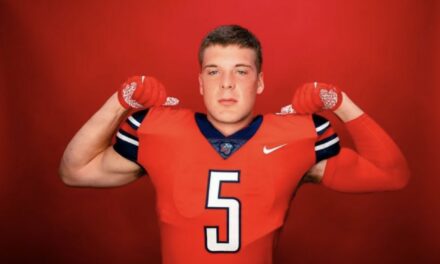 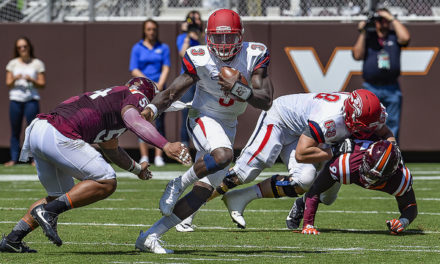