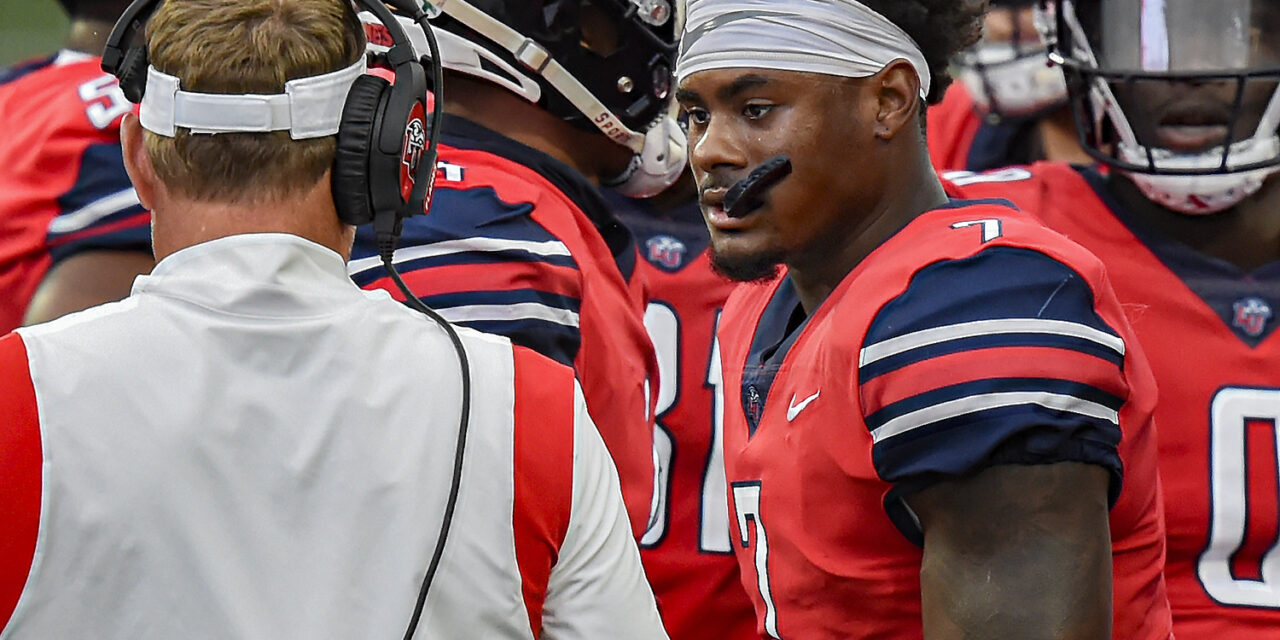 On Saturday night at Hancock Whitney Stadium in Mobile, Alabama, Liberty quarterback Malik Willis brought his sensational Flames’ career to a close, and he went out in style.

Willis completed 13 of 24 passes for 231 yards and 3 touchdowns. He added 8 carries for 65 yards and 2 additional touchdowns as he was named the MVP of the 2021 Lending Tree Bowl, helping Liberty to a 56-20 win over Eastern Michigan. Doing so, he brought to an end one of the most storied careers a Liberty athlete in any sport has ever had.

“It was the most important thing to me, that was the whole reason I played,” Willis said following the game about the importance of going out a winner. “We could not end the season on a loss that, that would hurt my heart forever. I just didn’t want to go out like that.”

Willis’ story has been well told. The 6’1″, 225 pound athlete grew up in Atlanta, Georgia where he attended Roswell High School. He was recruited by a number of top college football programs, first committed to Virginia Tech to play as a defensive back, finally committed to and signed with Auburn to begin his collegiate career as a quarterback.

As a backup to Jarrett Stidham with the Tigers, Willis appeared in 15 games during the 2017 and 2018 seasons. On Nov. 17, 2018, he played for Auburn against the visiting Liberty Flames. He completed 2 of 3 passes and had a 16 yard rushing touchdown against his future team.

“I always talk about God’s plan and what He has for you,” Willis said of transferring to Liberty. “I’m just appreciative of the opportunity. That’s all I prayed for, just an opportunity to get on the field. God is going to do what God is going to do, I’m just going to stay down and give Him the glory.”

In the summer of 2019, just a few months after Hugh Freeze was named head coach at Liberty, Willis entered the transfer portal. In July, he arrived on campus behind Buckshot Calvert who was entering his fourth and final season as Liberty’s starting quarterback.

“When we took him, wasn’t sure what we were getting because he had no significance snaps at all on the college level,” Freeze said. “I knew what he was in high school. I knew he could run around and make plays. To be very candid, at the worst case, I thought he could be a heck of a safety if he didn’t work out to be a quarterback, but we were optimistic.”

In the now archaic NCAA transfer rules, Willis was required to sit out the 2019 season as he adjusted to his new home. During that year he worked to learn the offense and begin to gain the trust of his new teammates. It didn’t take long before the coaching staff and the entire team knew they had something special.

Willis made his first collegiate start on Sept. 19, 2020 in Liberty’s season opener in the COVID-altered 2020 campaign at Western Kentucky. Not only did he lead the team to a win, he set the program record for single game rushing yards by a quarterback with 168.

He would go on to become the first Liberty quarterback ever to win his first seven starts which included the Flames’ first ever win over an ACC team with wins over Syracuse and Virginia Tech. Willis proved he is a true dual-threat quarterback and can make an impact with his arm, as well. On Oct. 24, 2020, he tied the program record with six passing touchdowns against Southern Miss. With a rushing touchdown on the afternoon, his seven scores on the day set a program record for single game touchdowns responsible for.

“A lot of the credit, it goes to Malik and his work ethic, but, truthfully, Kent Austin, our quarterbacks coach, is really the one who really worked with him on the fundamentals,” said Freeze. “I do the play calling, but I’m a big picture guy and Kent has so many more strengths in the fundamental play of the quarterback than I do. So, they deserve a lot of credit.”

Willis has led Liberty to two bowl wins, a 10-1 record in the 2020 season, the program’s first ever FBS top 25 ranking, while rewriting the record book for Liberty quarterbacks. He finishes his time with the program with a 17-6 record as a starting quarterback.

His list of accomplishments is almost too exhaustive to include them all. In Liberty’s 2020 Cure Bowl win over Coastal Carolina, he set a program record with four rushing touchdowns. The 2020 season saw Willis set single season marks for rushing yards by a quarterback (944) and rushing touchdowns by a quarterback (14). He was the 2020 Dudley Award winner given annually to the best player in Virginia and named the 2020 VaSID Offensive Player of the Year.

More than all of his accomplishments on the field, Willis has made an even bigger impact off the field with the way he leads the team and represents the school.

“He has represented Liberty as well as any athlete I have ever coached at any school, the brand, who we want to be,” Freeze said of Willis. “It’s always with Malik, he throws for 400 yards, three touchdowns, and rushes for another touchdown, and it’s some body else. It’s the O-Line, the receivers, the running backs, the defense. Then, we play terrible, it’s always him. ‘It’s my fault. I didn’t get it done.’ He has that quality of humility that is easy for a team to follow.”

All season, Willis has been projected as a potential first round draft pick and one of the top quarterbacks in this year’s draft class. He will get a chance to showcase his abilities at the Senior Bowl back in Mobile in February.

“In recruiting, you think we don’t use that,” Freeze asked rhetorically. “In the transfer portal or the high school guys, ‘Look, Malik Willis doesn’t get drafted if he stays at (Auburn).’ We probably can really say that because he’s not going to play. He got on the field here and now looks to be one of the top draft picks at the quarterback position. I think he has really helped our program in many ways.”

His career at Liberty may be finished, but the impact he has made on the program will last for many years to come.

“I want you to know, no matter where life takes me, Liberty will always feel like home to me,” said Willis. “I’m a Flame for life. Thanks for the memories Liberty. Thanks for everything. Go Flames.” 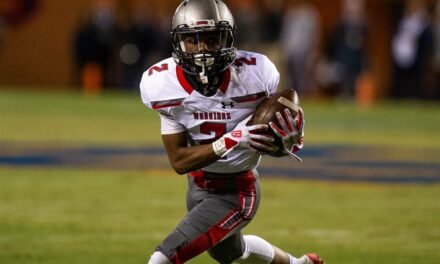