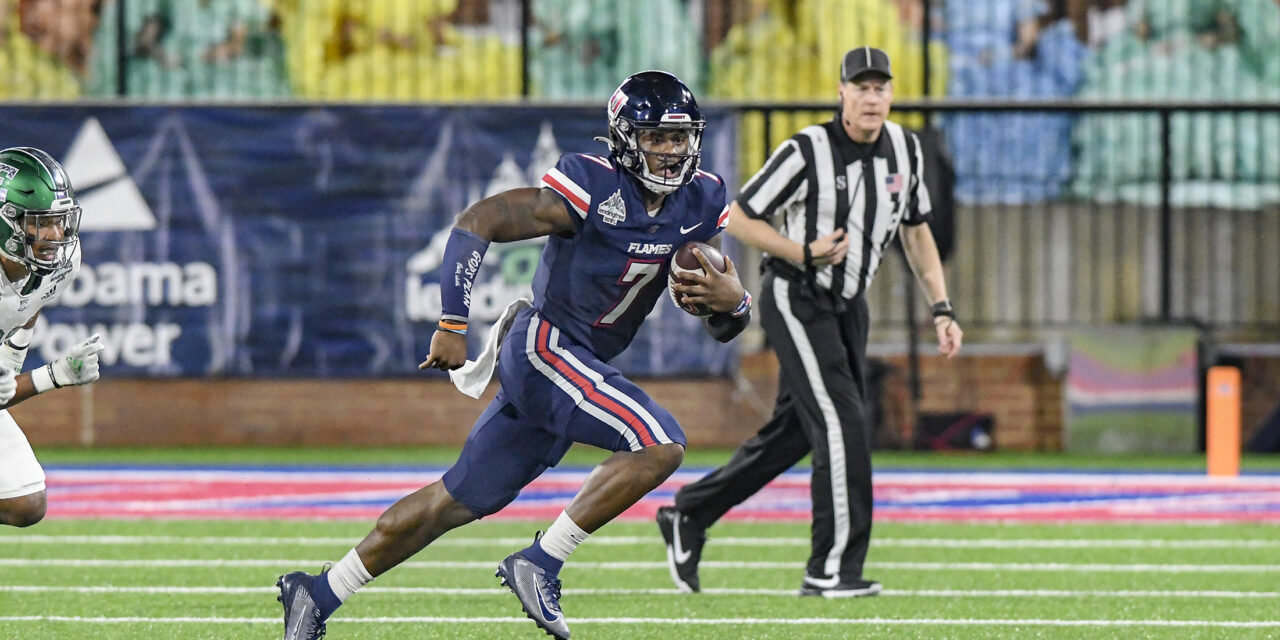 Liberty quarterback Malik Willis has seen his college career come to a close, and he is poised to be a high draft pick in the 2022 NFL Draft in late April. Willis, who has been considered a likely first round draft pick for much of the 2021 season, continues to be included at the top of NFL Mock Drafts as the calendar has turned to 2022 and inches closer to the NFL Draft.

In his final collegiate game, Willis completed 13 of 24 passes for 231 yards and 3 touchdowns and 8 carries for 65 yards and 2 additional touchdowns as he was named the MVP of the 2021 Lending Tree Bowl, helping Liberty to a 56-20 win over Eastern Michigan.

The 6’1″, 225 pound athlete and native of Atlanta, Georgia, finished his time at Liberty with a 17-6 record as a starting quarterback. He will get a chance to showcase his abilities at the Senior Bowl back in Mobile in February. This past season, Willis completed 207 of 339 passes for 2,857 yards, 27 touchdowns, and 12 interceptions. He also led the Flames in rushing with 878 yards and 13 touchdowns on 197 carries.

Liberty has had eight players drafted in the NFL Draft all-time, but only one has been selected earlier than the fourth round. In 1990, tight end Eric Green was taken in the first round with the No. 21 overall selection by the Pittsburgh Steelers. Several Liberty players have been taken in the 4th round including Kelvin Edwards (1986), Walt Aikens (2014), and Antonio Gandy-Golden (2020).

Here’s a look at some of Malik Willis’ current mock draft estimates: 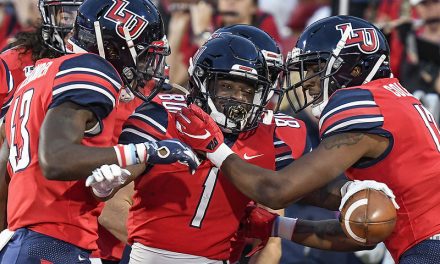 Flames go into Rutgers game with chip on shoulder