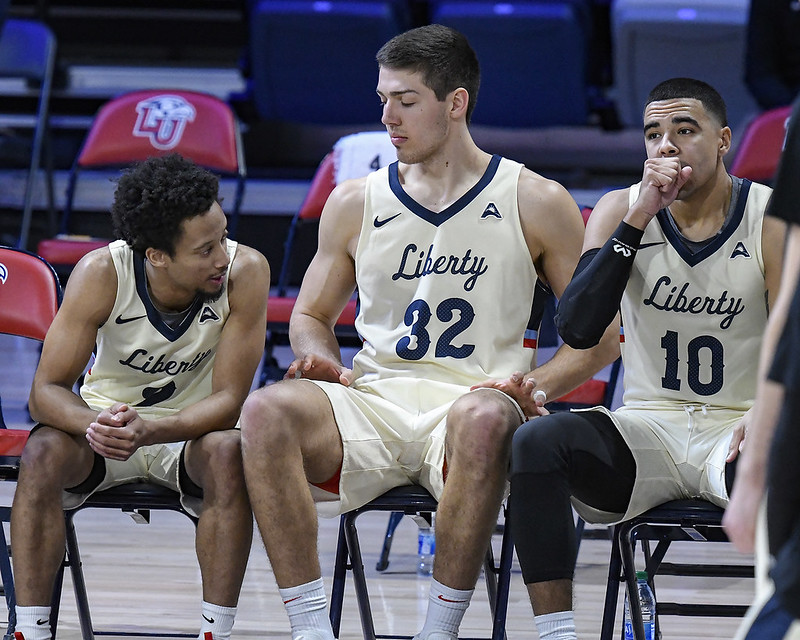 The Flames are the preseason favorite to win an unprecedented 4th straight ASUN regular season and tournament title this season, but Liberty will have to do so in a new look conference. Three new members join the ASUN this season in Eastern Kentucky, Jacksonville State, and Central Arkansas. EKU and JSU are expected to compete with Liberty at the top of the conference standings as each were picked just behind the Flames in the preseason coaches poll. Central Arkansas was picked to finish last in the 12 team league that features two divisions.

“I have watched them on Synergy,” Liberty head coach Ritchie McKay said of watching film on the three new institutions. “Really well coached programs, some returners that will give all of our conference members trouble. I always like it when the competition prepares you for whatever is next, whether that’s postseason or just your conference tournament and/or postseason play in the NIT, NCAA, etc. I think they are great additions, and I think it will make our league much more competitive.”

BLAKE PRESTON GROWING INTO A LEADER

One of the returning starters from last year’s team is redshirt-junior Blake Preston. The 6’9″ post man started 21 games last season and averaged 9.0 points and 6.4 rebounds per game in his first season with significant minutes as he played behind Scottie James and Myo Baxter-Bell his first couple seasons in the program.

“When he was a freshman, I told you, even though he redshirted, there were days when he was better than Scottie and Myo,” said McKay. “I think I said his sophomore year, if those two weren’t there, he would play 20 minutes a game. He just continues to get better. He will do whatever it takes for the team to win. He is capable of scoring 20 points. He could get double figures rebounding. If you projected his numbers, if you added the minutes to his playing time, he would be an all-league candidate if not more. I think Blake will play for money, that’s how confident I am in his ability, yet he’s got such a sacrificial nature. He wants the team to win. He’s a terrific leader. He’s invaluable. He will do it without much acclaim.”

Every Liberty basketball fan knows about Darius McGhee and his ability, but some may not be familiar with the talented freshman Brody Peebles. That should change this season as the incoming product from Alabama could be an opening night starter on Thursday against Regent.

“Brody Peebles, terrific scorer,” McGhee said of his fellow backcourt mate. “I’ve never seen someone that young get to the spots and score the ball the way he can. For me, you have to let him be himself but also provide him advice and knowledge to help him maximize his skillsets.”

Peebles says that McGhee has been a big help to him as he adapts to playing at the college level.

“(Darius) has been unbelievable,” said Peebles. “He’s an unbelievable player. Kinda being under him and getting to learn from him, whether it’s on the court stuff, off the court stuff, he’s been a great guy. I can to him to ask questions about certain things we do. Getting into his mindset, having someone that has accomplished so much, won so many games, it’s been awesome to have him above me teaching me so much.”

SHILOH ROBINSON COULD TAKE ANOTHER STEP THIS SEASON

Liberty junior forward Shiloh Robinson has been a role player his first two seasons at Liberty as he adapted to playing alongside some talented big men to begin his career. Towards the end of last season, Robinson began to show flashes of his potential on the defensive end of the floor where he can be elite. His offensive game still has some room for growth, but we could see him blossom this coming season.

“You know Mystique in the X-Men, he’s a Mystique type,” McKay said of Robinson. “He will do whatever it takes for us to get the desired outcome. No, he’s not blue, but he’s just got this ability and I’ve seen him over the years grow in his voice. He’s got the ability to impact the outcome.” 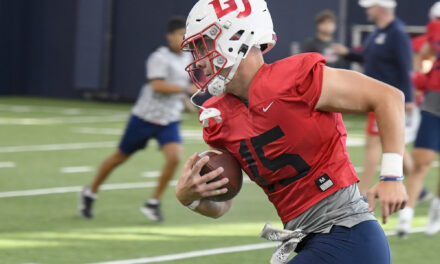 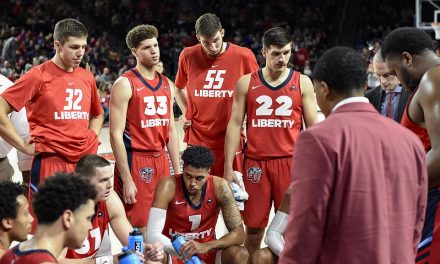 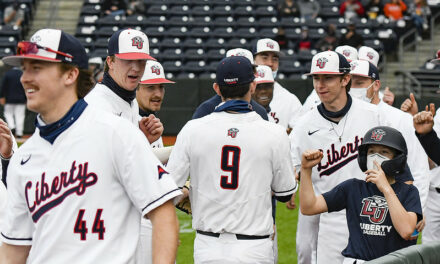