Flames’ striving for improvement as they open practice 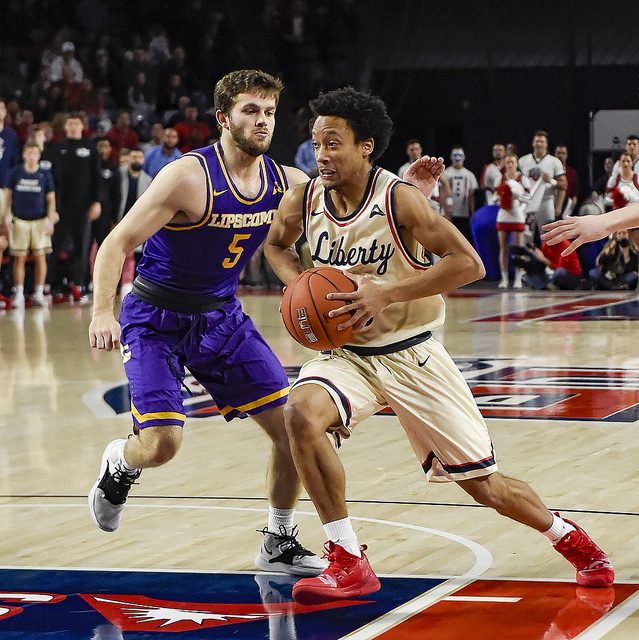 “Our guys have really owned the pursuit of improvement,” McKay said following practice. “I’m really pleased with what we saw today. It’s very competitive out there.”

Competition was a key word during the first practice. With four starters returning from a team that won a school record 29 games while advancing to the second round of the NCAA Tournament, competition was fierce throughout the practice.

“In my 4 to 5 years that I’ve been here, I would say this is definitely the most competitive practice that we’ve had,” redshirt-senior forward Myo Baxter-Bell said. I think that has to do with we have a full roster now. Everybody is in and out, 4 or 5 returners that’s coming back. Practice is really competitive. We all know what to expect. That’s going to help us out a lot.”

Key returners include first-team all-ASUN selections Scottie James and Caleb Homesley. James received two new rings this summer as he was married in May and then received his championship basketball ring in August.

“The off-season was wonderful,” James said with a big grin. “It was a great, great summer.” 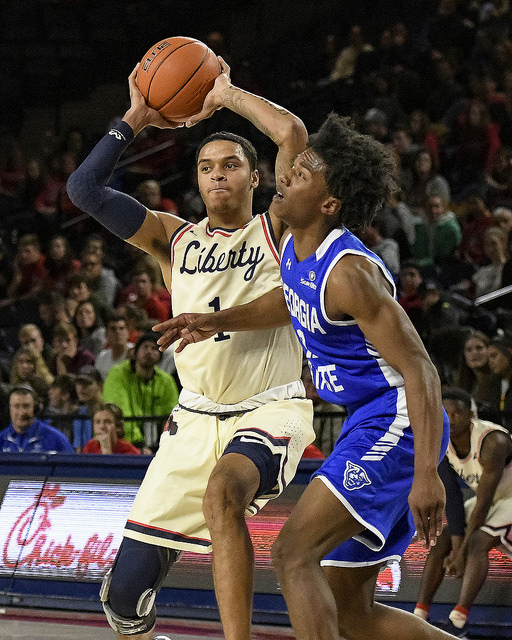 In addition to Scottie and Caleb, the Flames also return starters Georgie Pacheco-Ortiz and Elijah Cuffee as well as Darius McGhee and Keegan McDowell who were part of the rotation last season.

“This is a different team from last year,” Baxter-Bell said. “That’s what I’m trying to get us to understand. We have different players, different roles, players get better, players get stronger. We have to figure out how to do what we did last year with the team we have this year.”

Part of the 2019-20 version includes Blake Preston and Josh Price who redshirted a season ago. Both were pushing the starters hard during the team’s first practice session.

“The hard part for them,” McKay said of Preston and Price, “they’ve got a lot of guys that have played a lot of minutes in front of them. So, hopefully they will keep pursuing that improvement because I think they’re going to be really good players for us. It’s just a hard lineup to crack.”

McKay also welcomes in a talented group of true freshmen to Lynchburg in Kyle Rode, Shiloh Robinson, and Marten Maide. Rode enters the program as the highest rated recruit in school history.

“The younger guys can play multiple positions,” Homesley said. “Kyle Rode can play 2-4, Shiloh Robinson showed that he can play 3-5.”

Following all the success from last year, the Flames are focused on proving that was not a fluke.

“I think last year was just a taste of how good we could be,” said Baxter-Bell. “In our head, we fell short. Complacency, I don’t think that’s a thing with us. I think we’re eager to get back on the court and prove ourselves this year.”

Liberty will open the season in six weeks, when the Radford Highlanders return to the Vines Center on November 8th. Expectations are higher than they’ve ever been for the men’s basketball team, even being ranked in the preseason top 25 of one publication.

“I think Coach McKay does a good job in telling us it’s a new season,” said Homesley. “I think that’s the mindset we have coming into this season. We know we’re going to be good, it’s just can we be good consistently every night.”

The Flames open the season with three straight games at home, with Maryland-Eastern Shore and South Carolina State joining Radford on the slate in the first week of the season. The rest of the non-conference slate includes challenging games against Grand Canyon, Vanderbilt, and LSU.

“There’s a tendency after having a good year to drop yourself into March,” said McKay. “Our schedule is way too hard and our league is way too good for us to do that. I think improvement has to be our key.” 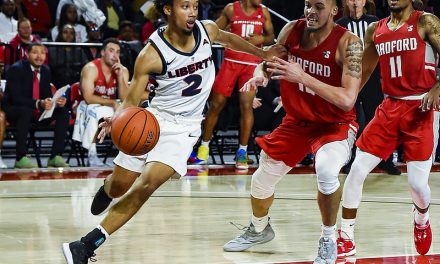 Liberty defeats UMKC to win the Islands of the Bahamas Showcase