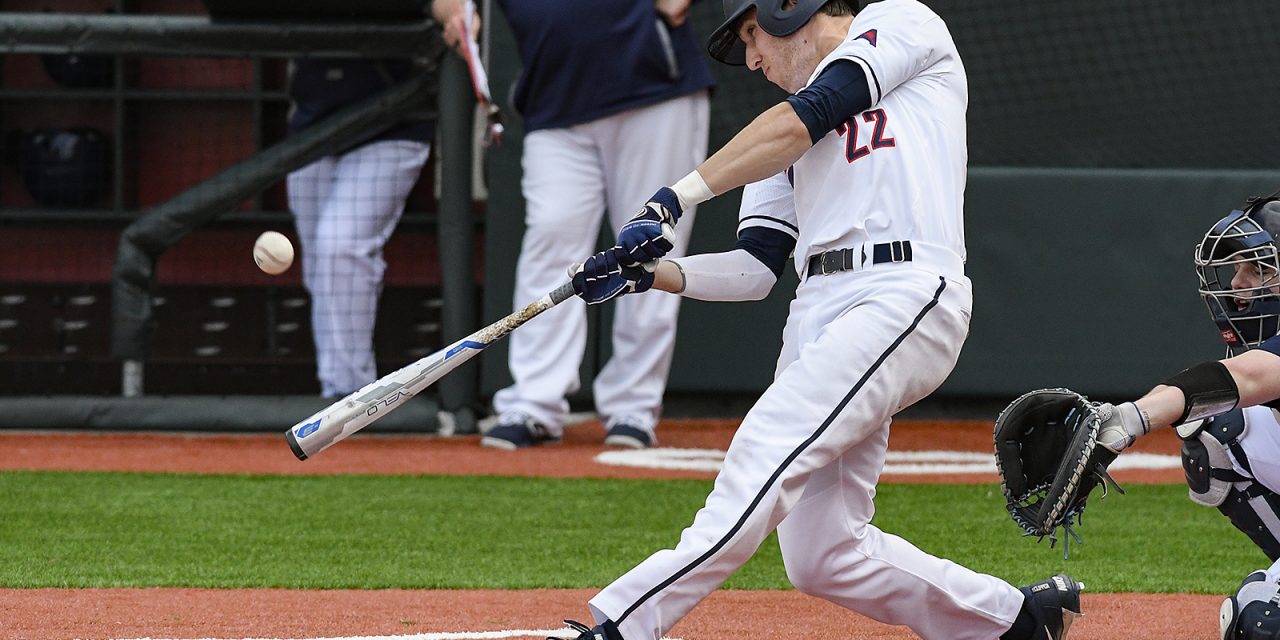 Liberty baseball’s season came to an end Sunday afternoon in a 10th inning, 6-5, loss to 2-seed Tennessee. It was a very entertaining, back-and-forth game between the 2 and 3 seeds in the Chapel Hill Regional with the winner destined for the Regional Final against host North Carolina.

Much like the Flames did in the meeting between these two teams on Friday night, the away team Tennessee got on the scoring board in the top of the first. Liberty jumped ahead 2-0 on Friday thanks to Jonathan Embry’s homerun in the top of the first and the Flames never trailed. In this elimination game Sunday, the Volunteers loaded the bases with no outs before Alerik Soularie grounded into a double play which allowed a runner to score as Tennessee took the 1-0 lead.

In the 2nd, UT scored 2 runs on a double by Jake Rucker and a triple by Pete Derkay as they stretched their lead to 3-0 after 1.5 innings. It felt like the game was slipping away from the Flames.

Liberty would respond with a run in the bottom of the 2nd on a 2-out Gray Betts single that scored Brandon Rohrer.

Adam Adametz got the start for Liberty and went 4 1/3 innings allowing 4 runs on 8 hits. Closer Evan Brabrand came on in relief of Adametz and surrendered a 2-run homerun to Andre Lipcius on his 2nd pitch giving the Volunteers the lead once again at 5-3.

The Flames got one back in the bottom half of the 5th on a Ben Highfill single.

Brabrand would settle in after allowing that shot to Lipcius, as he went 4 2/3 innings while allowing 4 hits and just the 1 run over the rest of regulation. His performance kept the Flames in contention going into the bottom of the 9th with the top of the order due up.

Liberty loaded the bases with nobody out as Betts, Embry, and Galazin all reached base. Mathieu was then hit by a pitch that scored the tying run and still no outs.

Will Wagner roped a line drive, but unfortunately it was hit right at the first baseman who recorded the first out of the inning.

Shortstop Cam Locklear came up with the bases loaded and 1 out, he was 0-for-11 during the Regional as he stepped in trying to give the Flames a walk-off win. Locklear would ground out to the pitcher and into a 1-2-3 double play to end the 9th and send the game to extra innings.

Brabrand was back on the mound for the Flames in the 10th, and he surrendered a leadoff single up the middle to Lipcius. The Flames then got a fly out and nearly turned a double play as Lipcius was out at 2nd before Evan Russell beat out the throw to 1st.

Ricky Martinez then grounded to shortstop as it looked like the Flames would get out of the 10th without any damage. Locklear cleanly fielded the ball, but his throw to first sailed as Martinez reached on the throwing error and Russell moved to 3rd.

Just a couple of pitches later, Rucker singled to left field, scoring what turned out to be the winning run in Russell.

In the bottom of the 10th, Rohrer got a leadoff single to reach base, and Highfill bunted him over to 2nd. The Flames weren’t able to score the tying run though, as both Guy and Betts flied out to end the game.

It was a disappointing way to end a great season for Liberty. The Flames end the season at 43-21 after winning the ASUN Championship, earning a 3-seed in NCAA Regional play, and defeating Tennessee in the opening round of the Regional. 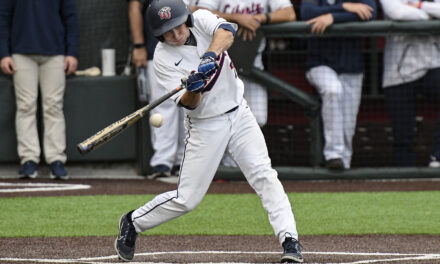