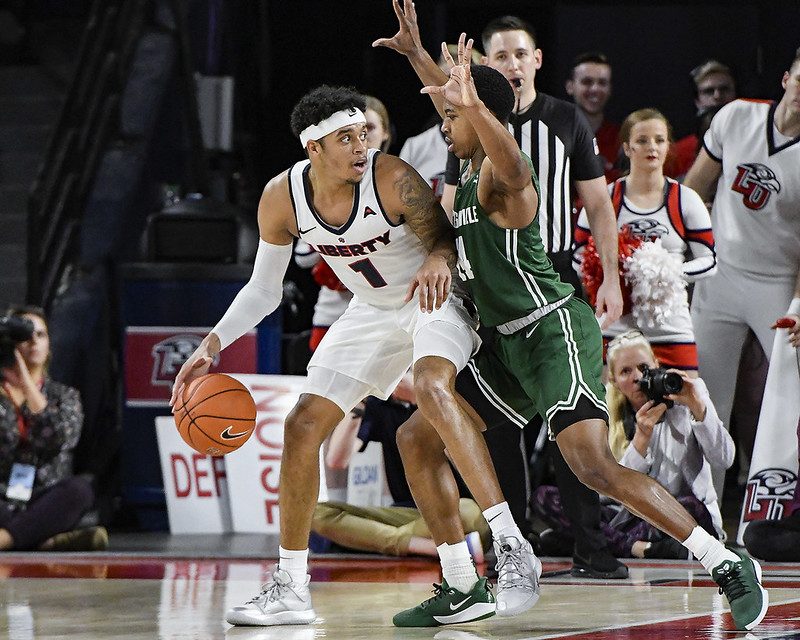 Former Liberty guard Caleb Homesley has joined the Erie BayHawks for the 2021 NBA G League, the team has announced. Homesley is part of a ten-man roster that will compete with the BayHawks when the 2021 G League season begins in February at the ESPN Wide World of Sports Complex at Walt Disney World Resort.

Homesley signed an Exhibit-10 deal with the Washington Wizards in November before being waived by the NBA team just prior to the start of the season. The 6’6″, 205 pound rookie played 10 minutes in one preseason game with the Wizards, scoring 2 points while grabbing 4 rebounds, including 1 offensive, while shooting 1 of 7 from the field and 0 of 5 from three point range.

Homesley was assigned to the BayHawks, the New Orleans Pelicians’ G League affiliate, after the Wizards’ G League affiliate, the Capital City Go-Go were among a few teams who opted out of the 2021 G League season. The G League will play a condensed season in a bubble format in Lake Buena Vista, Florida. There will be 17 NBA affiliate teams to participate as well as the G League Ignite, a one year developmental program for elite NBA prospects. The schedule for the condensed 12 to 15 game regular season has not been announced.