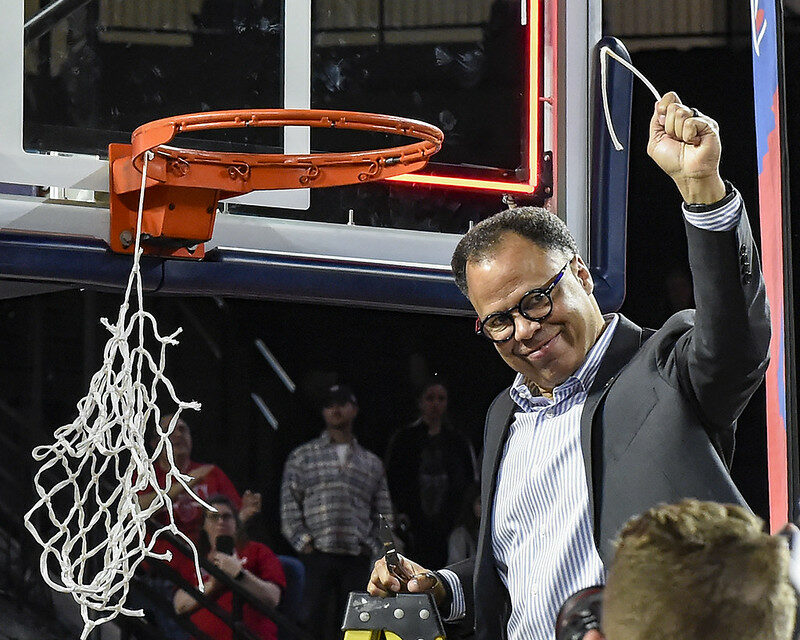 The ASUN has released the 2020-21 men’s basketball conference schedule, including Liberty’s, who will open league play on the road for the third straight season.

The Flames will begin the quest for its third consecutive conference championship on January 2nd at Stetson and on January 4th at ASUN newcomer Bellarmine.

Liberty will then return home to face Lipscomb on January 7th in a rematch from the past two year’s ASUN Championship game, with the Flames coming out on top in both contests. The Bisons are expected by many to be the preseason favorite in the ASUN behind likely Preseason Player of the Year Ahsan Asadullah.

The game against Lipscomb is the first of a three game home stand as Liberty welcomes Jacksonville on January 9th and Kennesaw State on January 16th. The Flames will then head on the road for a Florida trip, at North Florida on January 21st and at FGCU on January 23rd.

North Alabama visits the new Liberty Arena on January 28th followed by Stetson on January 30th before the Flames hit the road again, facing Jacksonville on February 4th and Lipscomb on February 6th.

Under 6th year head coach Ritchie McKay, the Flames have compiled a 27-5 regular season mark in ASUN play since joining the conference two years ago. Liberty is also 6-0 in ASUN Tournament play, wining championships each of the past two seasons.

Liberty must replace the winningest senior class in school history as Caleb Homesley, Scottie James, Georgie Pacheco-Ortiz, and Myo Baxter-Bell have all departed.

The Flames are expected to announce a revised non-conference schedule in the near future. 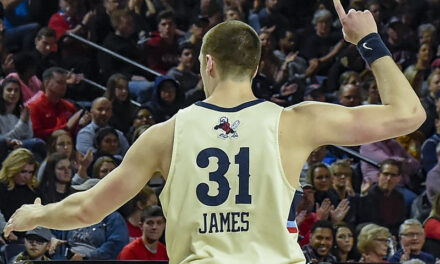 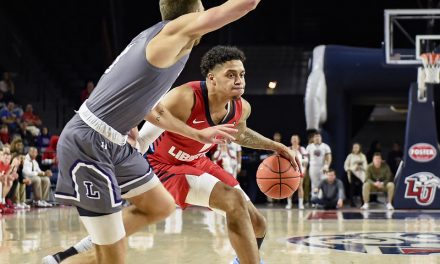 Flames to play in 2015 Challenge in Music City