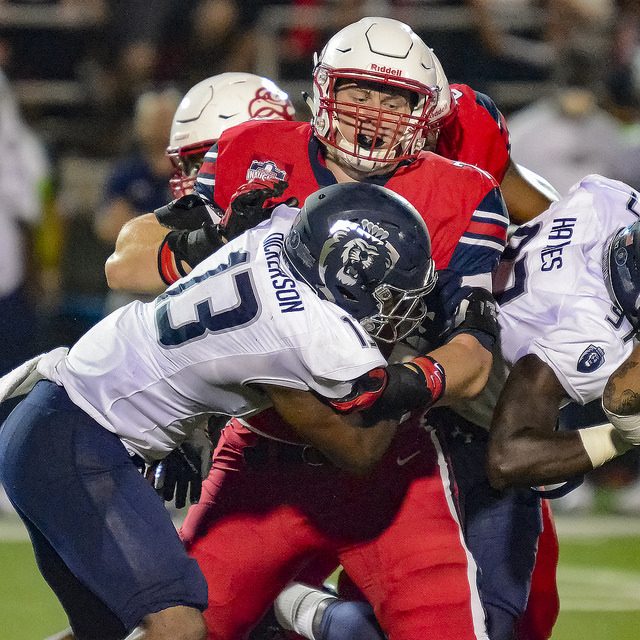 Team: Old Dominion Monarchs
Conference: Conference USA (This is the first of four games Liberty will play against a C-USA team)
Game Date: September 18 (Week 3)
Location: Williams Stadium – Lynchburg, Virginia
Game History: This will be the third meeting between Liberty and ODU. The series is currently tied at 1-1. In 2013, the Monarchs came back to beat the Flames 17-21 in the final minute of the game. Liberty also played Old Dominion in their first-ever FBS game in 2018, coasting to a 52-10 victory.

Rahne was hired as ODU’s head coach in December of 2019, but has yet to play a game for the Monarchs. Before going to Norfolk, he served two years as the offensive coordinator for Penn State and a total of six years on James Franklin’s staff there.

2019 Record: 1-11. Their only win came against FCS rival Norfolk State and it took a touchdown in the final minutes of the game to avoid the upset. We are including their 2019 record because Old Dominion did not compete during the 2020 season due to the pandemic.

2021 Outlook: In late 2019, Bobby Wilder resigned as head coach for the the Monarchs. Wilder not only served as their coach since 2007, he birthed the program itself and oversaw its transition from FCS to the FBS ranks. Now under the direction of Ricky Rahne, ODU moves into a -partial delayed- new era of football.

There is a level of uncertainty when it comes to Old Dominion as a whole. That makes sense considering it has been over 600 days since they last played a competitive game. The state of transition and recent trajectory of the program has forced preseason media polls to name the Monarchs last in CUSA’s east division. Offensively they were abysmal in 2019, averaging just 16 points per game. Many of their issues were amplified up front, but new Maryland offensive tackle transfer Tyran Hunt will hopefully help with that. The starting quarterback role is up for grabs between three capable QBs (Stone Smartt, Hayden Wolff, UCF transfer Darriel Mack) on their roster. Coach Rahne teased at the C-USA Media Day that their starter would be announced moments before the season began though. Whoever is behind center will have a talented receiving group to throw with returner Aaron Moore and transfers Trey Blount (Georgia) and Ali Jennings (West Virginia). That is, if the QBs can stay up right. ODU gave up 52 sacks in 2019, second worst in all of FBS. Things can’t get much worse for Old Dominion offensively though and, with Rahne as their coach, they are poised to improve this year.

The defense was hit hard by transfers when the team announced they would not play during the 2020 season. Their line took the bulk of it, but the backend, specifically safeties, stayed relatively intact. Still, it looks as though Old Dominion’s defense will be the weakest part of the team in the coming season.

With Rahne at the helm, having well over a year to scheme and prepare, ODU should be better than 1-11, but it will take a few years for them to regularly compete with other FBS teams.

Old Dominion is relatively young at the running back position, but Blake Watson is a name to remember going into this game. He is a Swiss army knife of sorts, making an impact both behind the offensive line and split out wide. He could also cause some problems on special teams as well. In 2019, Watson earned of the honor of CUSA All-Freshman Team kick returner

Young is set to be the anchor of ODU’s fresh defense this year. He finished second in tackles in back-to-back seasons for the Monarchs, making him to be one of best tacklers in their brief history. 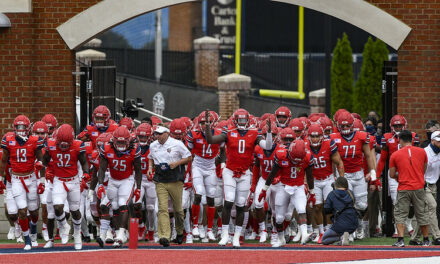 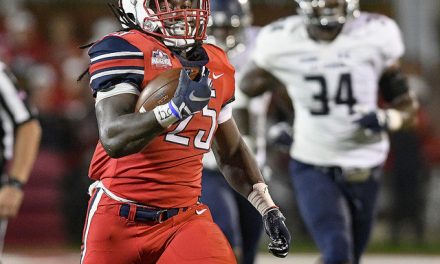