According to a source with direct knowledge of the situation, incoming freshman wide receiver Zac Parker is academically ineligible for this season. Parker was listed as a 5’10” 175 pound receiver from Reston, Virginia and South Lakes High School. Furthermore, the online roster was recently updated to include all incoming freshman, and Parker is not included on the updated roster. If anything changes regarding his status, we will be sure to keep you updated.

According to Rivals, Parker was a 2-star prospect with offers from Bowling Green and Gardner-Webb.

*******
Suspended running back Aldreakis Allen is still on the roster. His status is up in the air since he was suspended in April for a “violation of team policy.” No timetable has been given for his suspension. Allen’s next court date is August 21.

*******
There are a couple of notable names not listed on the roster, quarterback Cory Benedetto and defensive back Kirby Anderson.

Benedetto transferred to the Flames from Campbell prior to the Spring 2013 semester and competed in Spring practice. With Benedetto no longer on the roster, there are just 4 quarterbacks remaining – Josh Woodrum, Javan Shashaty, Stephon Masha, and Bo Swanson. Woodrum is the only one of the four with any collegiate playing experience; Masha and Swanson are both true freshman.

Kirby Anderson was a reserve defensive back from Amherst High School in Amherst, Virginia. 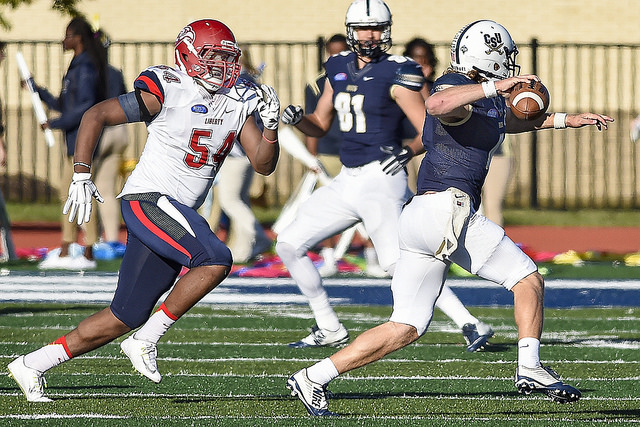 Flames pick up commitment from FL