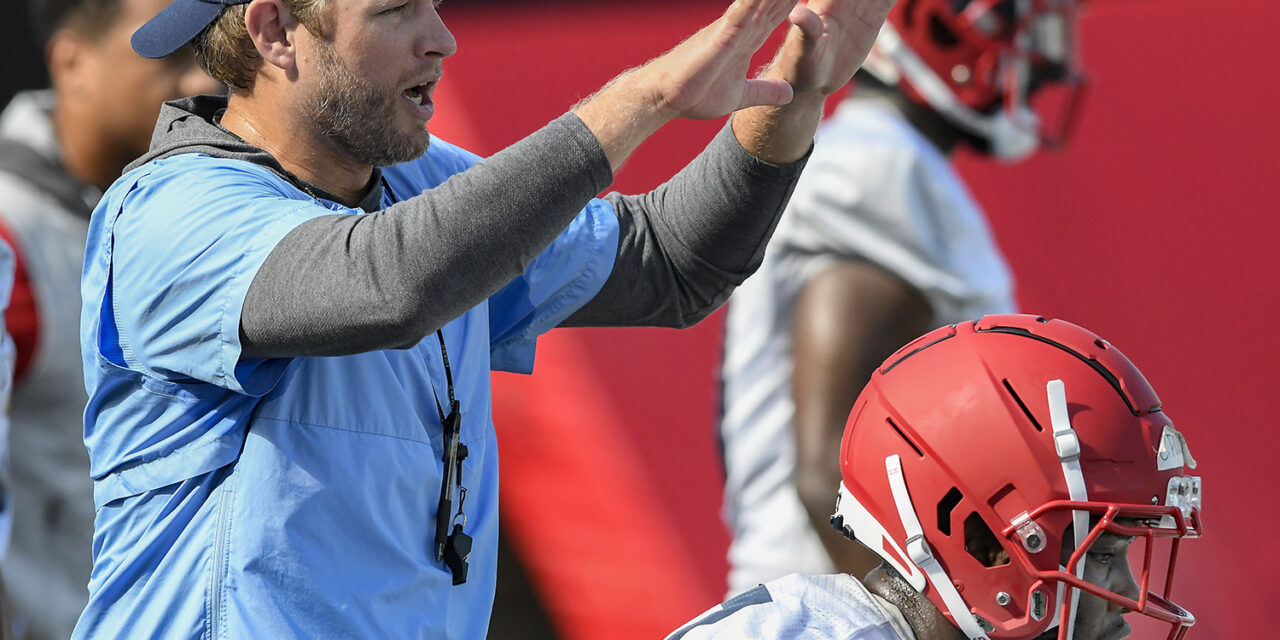 As Liberty began to make the transition from the FCS to the FBS prior to the 2018 season, one thing was certain – the Flames would be tested on the defensive side of the ball.

Under former head coach Turner Gill and defensive coordinator Robert Wimberly, Liberty was coming off a 2017 season where opponents scored over 30 points a game and amassed nearly 450 yards of offense each contest. And that was against an FCS schedule, the competition would only get more challenging as the team made the move to college football’s highest division.

As could be expected, the defense struggled in Liberty’s first year at the FBS level. The Flames gave up 38 or more points in eight different games and finished the season allowing 36.8 points per game (which ranked 118 out of 130 FBS teams) and 485.4 yards of offense each game.

Following the 2018 season, the Flames were making a coaching change and would turn to the offensive minded Hugh Freeze to take the program to the next level following Gill’s retirement. Freeze has always been known to be one of the brightest offensive minds in college football, and he would be taking that background to Lynchburg, Virginia where he would inherit the reigns to an offense led by Buckshot Calvert and Antonio Gandy-Golden.

Everyone expect Liberty to be able to put up points in bunches under Freeze, but there were plenty of question marks about the defensive side of the ball.

“I was clear when I first got here that there’s a couple things I was convinced of, if not already, when I sat out the two years and kind of studied the game and that is, I did this at Arkansas State and early at Ole Miss before it got very difficult at the end to recruit defensive guys at Ole Miss with the status we were under with the investigation on the NCAA stuff, but I just think you build a team around defense,” Freeze explained. “The first priority was hire the right guys, and the second priority was get players.”

Freeze tabbed Scott Symons to be “the head coach of the defense” and it was a questionable move at the time. Symons had only one year of previous experience as a full time, on the field assistant coach at the Division I level. He spent the 2018 year as the inside linebackers coach at Memphis. The young assistant coach had cut his teeth in the Division II ranks as defensive coordinator at Arkansas Tech and West Georgia.

Symons would have his work cut out for him, as he attempted to build the Liberty defense from the ground up as one of the worst defenses in the country and a roster that had been primarily recruited to play at the FCS level.

The Flames would show some improvement in the first year under Freeze and Symons, as Liberty held opponents to 28.1 points and 409.4 yards of offense each game, but those numbers were a far cry from where they wanted them to be as they continued to build the depth of the team.

With the defensive coaching staff in place, they then hit the recruiting trail hard. Over the past three recruiting cycles, Liberty has brought in a total of 36 defensive players, many of them transfers, to help bolster the team’s ability to compete at the highest level.

“I think we’ve recruited at a very high level here since we’ve gotten here,” said Symons. “The testament to coach Dom, the strength staff, the job that they’ve done. If you look at how bodies have changed. If you look at the guys when we got here to how they’ve changed, a guy like Aaron Pierre, a guy like Tyren Dupree, it’s a credit to those kids for working, but it’s also a credit to Danielle and Dom, the weight and nutrition and all that, and what we’ve done to the guys that we’ve signed, guys that have maybe been under-developed when they got here.”

As the depth began to build and the talent level continued to increase, the Flames have begun to see considerable improvement on the defensive side of the ball. In 2020, Liberty limited its opponents to just 20.5 points per game and 319.5 yards of offense each contest. This year, Symons and his defense has taken their game to the next level. At the midway point of the 2021 season, Liberty currently ranks No. 9 in passing defense, No. 6 in scoring defense (14.3 points per game), and No. 5 in total defense (266.2 yards per game).

“It’s really early in the season,” Symons said of his unit’s performance so far this year. “We’re only halfway through. I don’t really get tied up in looking at stats and this and that. We’re trying to win games and put the best product on the field that we can and continue to improve our process each and every week.”

Partly due to Symons and his defense, the Flames have seen significant success in the win column. Liberty has won 17 of its last 19 games dating back to the end of the 2019 season. This has included wins over a top 25 team (Coastal Carolina), two wins over Power Five teams (Syracuse, Virginia Tech), and two Cure Bowl victories. The Flames have also been ranked in both the Associated Press and the Coaches top 25 polls for much of the 2020 season, and have spent much of this year receiving votes.

“As the coordinator, you get the credit, you get the blame, but you have to have a really good staff,” Symons said of the success the defense has experienced. “I trust the coaches that Coach (Freeze) has hired. There’s a lot of continuity with our staff, even Coach Curtis coming in being a new coach with a level of experience that’s done it a long time but has the humility to come in and be a really good assistant coach. I think you have to have a great staff. I can’t emphasize that enough. We have a really good staff here. I think we’re very fortunate to be able to have the coaches that we have.”

With continued success, Symons is certain to receive interest from other schools for a head coaching position or to give him the opportunity to be a defensive coordinator at the Power Five level. For now, Symons and his defensive staff is focused on continuing to find improvement for his team each and every week.

In four out of six games this year, the Flames have held opponents to less than 100 yards rushing including this past week when Middle Tennessee could only muster 35 yards on the ground. A shutout has eluded the Liberty defense so far this year, but only one team has eclipsed 20 points as the Syracuse Orange scored 24 points in the Flames’ only loss of the year through six games.

“The numbers speak for themselves, they don’t lie,” said Freeze. “Obviously, it speaks for itself the job that Scott, Josh, Rickey, Tanner (Burns), and Jack (Curtis), and people before them that were with us. It’s a corporate effort there, but again they have done a tremendous job. It allows me on the other side to be really patient. A lot of times I don’t have to worry about stats, or let’s go get 500 yards or a certain number of points, let’s manage the game and win the game.”

Much of his first two years at Liberty, Freeze spoke frequently of playing complimentary football. Instead of going up-tempo to try and score as many points as possible, the offensive coach has learned it is more important to help the defense by slowing the pace of the game at times. Now, as Liberty’s skill and depth on defense has caught up to the team’s level of play, Freeze can be more comfortable in calling the offensive game that he thinks will help that side of the ball find the most success.

“I don’t think you point it at one specific scheme or anything like that,” Symons said of where the defensive success has come from. “I think it’s just a holistic philosophy for how we’ve done things, and we put together the right staff, the right group of men that are competent and capable. We’ve got a university that is really easy to sell in a lot of ways. It’s a great place with phenomenal facilities, and that’s a credit to the support that we have here.” 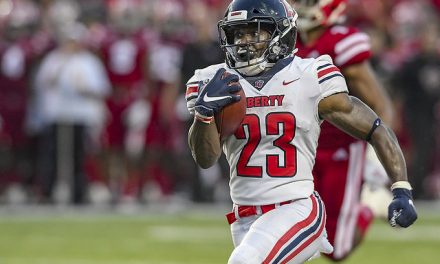 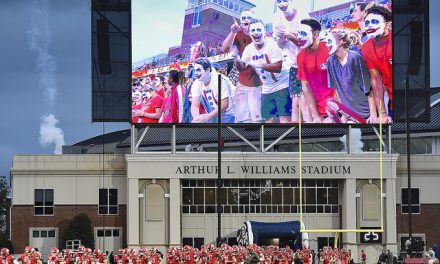