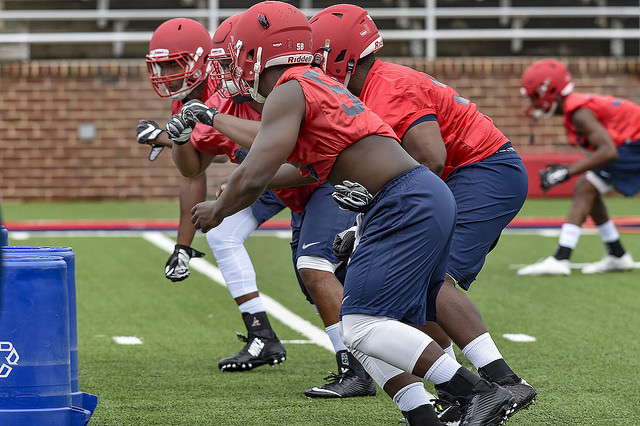 For the past few years, Liberty’s defensive line has consistently been one of its most productive groups. Coach Gill says this starts with defensive line coach Vantz Singletary and defensive coordinator Robert Wimberly. It doesn’t matter as the names change, the Flames continue to have a group that is able to come in and be productive. This year, LU looks to continue its solid play at defensive line despite a couple of personnel losses including the school’s career sack leader in Chima Uzowihe. 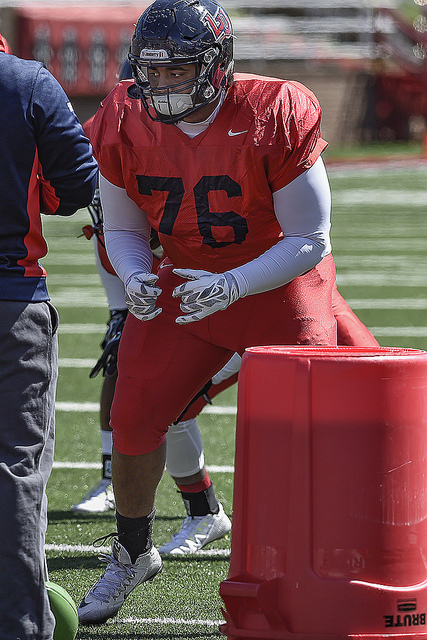 JaRon Greene is the anchor of the line. He’s a senior that has played 36 games in his career. Listed at 6’2″, 310 pounds, Greene lost about 25 pounds during the offseason as he will be playing this season in the 300-305 range. “(Losing the weight) was the best decision I’ve made since I’ve been here,” Greene said. “This is the best I’ve felt during camp and coming into camp. I’ve felt great.”

Behind Greene is Gregg Storey, who spent his first 2 seasons in the program as an offensive lineman. About his protege, Greene said, “he’s still learning. You can definitely tell he played O-Line.” Singletary says he’s coming along ok. He still has to work on the little nuances of being a defensive lineman, his stance, eyes, pad level, understanding concepts, blocking schemes, etc. Singletary says fall camp has been like spring practice for him as he just switched positions prior to camp.

At the other defensive tackle position, a battle has been raging all camp between Will Brown and Tolen Avery. “That race is still going on,” Singletary said. “They’re still continuing to compete. It’s been fun to watch. They’re both good kids. They’ve both been pulling for each other.” Avery, a redshirt-sophomore from Galveston, Texas, is slightly ahead of Brown at the moment. Avery recorded 7 tackles and 1 sack in 8 games last year. He switched from defensive end to tackle during the offseason. Will Brown is also a sophomore who saw playing time in nine games as a true freshman in 2015. He finished the season with 6 tackles.

After coming off a gruesome injury in the Charleston Southern game near the end of last season, Erwin Dessources is back as a starter at defensive end. Despite getting nicked up in practice earlier this week, the coaching staff thinks it’s nothing serious and he will be fine.

“He’s done a tremendous job of rehabbing that injury from the Charleston Southern game last year when he tore that thing'” Coach Singletary stated. “He has stayed here the entire spring break and the entire summer, and that’s starting to pay off. He’s flying around with a lot of confidence on that ankle, and that’s hard to do. To bounce back from a tear like that and come out here and do what he’s doing. We’re so proud of him. He’s done an outstanding job.” 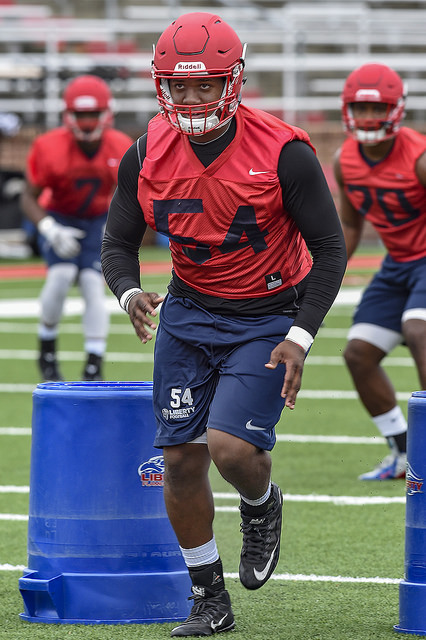 Juwan Wells will be starting at the other defensive end spot opposite Dessources, as he looks to take the reigns from Chima Uzowihe wreaking havoc in opponents’ backfields. “He’s special,” Singletary said, describing Wells. “He is very dynamic, very intelligent, really gets it. Some guys, they need a lot of mental reps of just trying to get it. With him, he’s got a lot of passion, works hard. He makes the coach look good.”

Wells played in 8 games and started the season finale against Coastal as a true freshman last year. He finished the season with 16 tackles, 5 sacks, and 5 quarterback hurries. “You haven’t seen anything.” Coach Singletary continued, “I think he just teased us last year.”

Nipping at both Wells’ and Dessources’ heels for a starting spot is Dia’Vante Brown. The junior from Greensboro, North Carolina has played in 22 games, primarily on special teams, the past 2 years. He can play all 4 spots on the D-line and will get plenty of playing time this season. “He is absolutely an animal. If he was 6’3″, 6’4″, he’d probably be playing somewhere like Auburn,” Singletary said.

Others competing for playing time up front include Javon Frazier and true freshmen Michael Anderson and DeCarlo Hamilton. Frazier is a redshirt freshman, and according to JaRon Green he’s the best outside pass rusher on the defensive line. Singletary compared Anderson to Chima Uzowihe and Juwan Wells as “quick twitch guys” coming off the edge. Hamilton is listed at 6’3″ and 335 pounds out of Plantation, Florida. 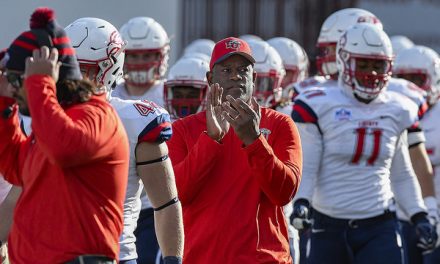 Everything You Need to Know: Virginia 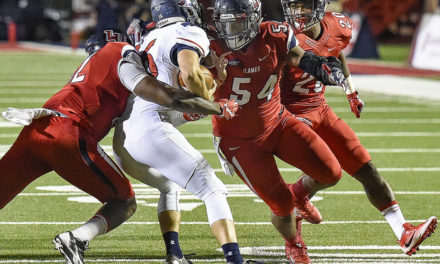 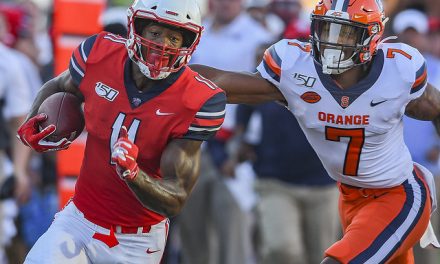 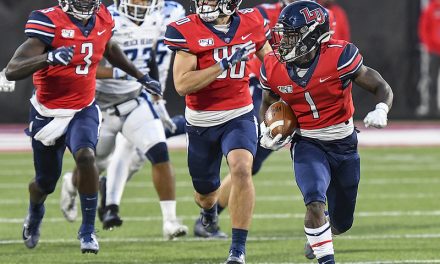