Liberty’s loss to Winthrop in the first round of the Big South Tournament brought an end to an incredibly disappointing season. A season the Flames were hoping to build off of a 2013 Big South Championship and NCAA Tournament appearance. Instead, the Flames regressed.

The Flames have posted consecutive 20-loss seasons for the first time in the program’s 26 year Division I history. In the last 3 years, Liberty has a combined 60 losses. In 4 of Layer’s 5 seasons, Liberty has been bounced from the first round of the conference tournament. Layer has a 74-89 overall record, 12-42 record against non-conference Division I opponents, and 43-43 Big South record in his 5 seasons as head coach. Liberty’s average final RPI under Layer is 260. The Flames’ final RPI has declined in each of the past 4 seasons.

A 4 game tournament run bought him an extra year, but should it buy him 2?

4 reasons continually surface as to why Layer should be retained as Liberty’s head coach: he “fits” at Liberty, he’s under a multi-year contract, he has a good incoming recruiting class, and all of the losing is not entirely his fault.

He “fits” at Liberty
Yes, it does take a unique individual to be the head men’s basketball coach at Liberty University. Yes, Layer seems to fit this appropriate box. By all accounts, he’s a good person who’s leading a clean program. That hasn’t always been the case in this program’s Division I history, and it may be the most important factor when deciding who should lead the program into the future. So, is this a reason to keep Layer? There’s numerous coaches in America who would love to be Liberty’s head men’s basketball coach that would “fit” at Liberty.

He’s under a multi-year contract
Layer reportedly has 3 more years remaining on his contract after the 2013-14 season. Since Liberty University is a private institution, they are not required to release the full details of Layer’s contract. While we don’t know the details of his full contract, one report had Layer making $308,682 during the 2012-13 season. If that number is still accurate, the University could be on the hook for up to $1 million to buy Layer out of his contract following the 2013-14 season. Certainly a big number, but is it big enough to keep Jerry Jr and/or Jeff Barber from making a move? The University hasn’t been shy to spend money the past several years.

He has a good incoming recruiting class
The 2014 class does look very attractive on paper, and perhaps the jewel of the class (Braxton Bonds) reportedly choosing to sign with Liberty primarily because of Layer. There’s at least 6 scholarships available for the class of 2014 before a coaching change is made. Layer has already inked 5 for this class. Making a change could lead to one (or more) of these signees backing out of their NLI. Is a good (on paper) recruiting class enough to keep Layer around? Really? The potential of a recruiting class is what should save his job?

All the losing is not entirely his fault
I’m not making this up. I’ve been told repeatedly, by multiple individuals, that the losing cannot be completely placed on Layer’s shoulders. It’s the lack of senior leadership or the players’ fault for not making the plays on the floor. If this was Layer’s 2nd or 3rd season, I would give you that. He just completed his 5th season. This is 100% his team. By this point, I believe the exact opposite is true. The team’s result is completely on the head coach’s shoulders. He recruited these kids. He developed them. He has molded them into the team he wanted. The results are his.

This program must be held to a higher standard. Consecutive 20 loss seasons should not become commonplace. A final RPI in the 300s should not be tolerated. Sparse attendance with apathetic fans, and a student body that sits on their collective hands all season needs to be energized.  It is time to move in a new direction.

Sparse attendance inside the Vines has become commonplace 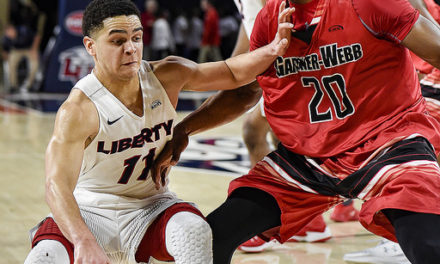