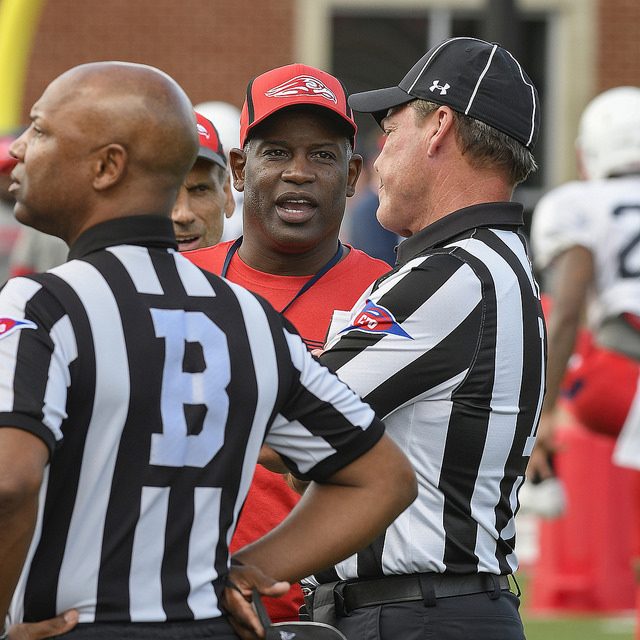 It’s Tuesday, which mean’s it’s Coach Gill and the Liberty football team’s day to meet with the media for the weekly press conference. Here are the main takeaways from the session:

Must be efficient on offense

With Liberty facing Army and their run-centric offense, Coach Gill stressed the importance of his team being very efficient on offense.

“We had 16 possessions last week. It would be a dream to sit here and say we’re going to have 16 (this week) because it ain’t going to happen. It’s probably going to be more like 9 or 10 possessions. That’s the average when you play a team like Army. There will be less possessions. We need to be more efficient, and we need to make sure we put points on the board when we have the opportunity.”

Speaking of the Army offense, led by head coach Jeff Monken, who is a product of the Paul Johnson (head coach at Georgia Tech) coaching tree, they run the prototypical triple-option. In 2017, the Black Knights led the FBS with over 360 yards of rushing offense each and every game. They also had some success against Duke with new quarterback Kelvin Hopkins, Jr. passing the ball.

Josh Mack on the compete team

With the opposing team having a unique offense, it makes the Liberty compete team even more important than normal. Transfer running back Josh Mack has been spearheading that group as he serves his redshirt year since transferring from Maine.

“Josh Mack has done a phenomenal job,” Wimberly said. “I’ve got to give hats off to him and his leadership with our compete team. We really don’t have to say much to the compete team because he handles it to make sure they understand the importance of following instructions. He’s done a great job, phenomenal job, the best job I’ve been around in my 17 years of coaching.”

Mack will likely run as the fullback this week as he tries to mimic what the Flames’ defense may see on Saturday.

Coach Gill said there were no new injuries to report. As we mentioned on Saturday night, kicker Alex Probert will be out for at least 4 weeks. Gill says after 4 weeks, Probert will be evaluated. Agreement with Cure Bowl another feather in the cap for McCaw 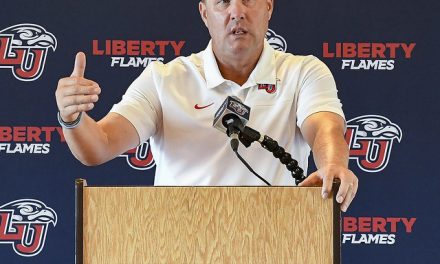