Q&A with The Towel Rack 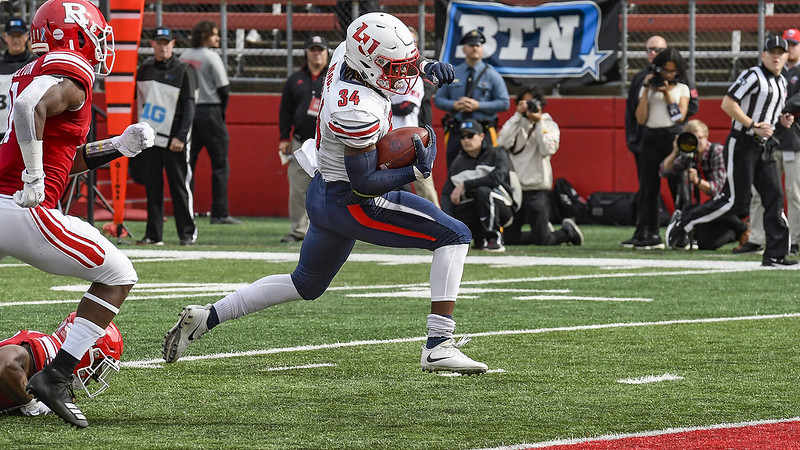 We’re pleased to be joined by Ross Shircliffe of The Towel Rack, who exclusively covers the WKU Hilltoppers as we continue to preview the season opening game between the Flames and Hilltoppers.

1. How solidified is Tyrrell Pigrome as the starter at QB? He seems to excel with his feet but the passing game wasn’t very accurate against Louisville.

Ross Shircliffe: He’s definitely locked in for now. While he wasn’t very good against Louisville (10-23 for 129 yards), I think a lot of that can be attributed to the high-level opponent and the time it takes to build a rapport with his new team. You could tell that his timing with receivers was off and the pressure that Louisville brought (3 sacks) definitely added to his accuracy issues. Pigrome did show that his running prowess will be a major part of his game (68 yards on 17 attempts) and he’ll often scramble to avoid pressure. As the game went on you could see the coaching staff adjusting to his style and calling more effective plays that utilized the offense’s strengths (back to back red zone trips on the last two drives).  I see him as a work in progress that Helton will stick with unless he proves that he doesn’t have it over an extended period of games (maybe by game four). Pigrome has the ability and experience to help WKU compete for the CUSA title he just needs to show he can grow as the season advances.

2. RB Gaej Walker rushed for 1,200 yards last season but he had just 9 carries for 19 yards against Louisville. Was that just a by-product of playing a more talented team or will he not be as big a factor in the offense with Pigrome as QB?

RS: Walker was a consistent rusher last season (70 or more yards in 10/13 games) and much is expected of him in 2020. His production in the Louisville game can be attributed to the quality of the opponent and the fact that the Hilltoppers were down pretty much from the 2nd quarter on forcing them to pass most of the game. Pigrome’s running ability also is going to steal some of Walker’s thunder in games like that. Walker was a workhorse last season as he garnered 90% of all running back carries in 2019. Helton has made it a point that he wants to develop WKU’s backups to keep him fresh in 2020. I see Walker continuing to be the workhorse but you’ll see the three other running backs (Malik Staples, Noah Whittington & Jakairi Moses) used more than last year. Whoever gets the carries gets to run behind an offensive line that returned four starters from 2019.

3. The defensive line looks to be the strength of the team. What can Liberty do to offset that strength?

RS: It all starts with the defensive end duo of DeAngelo Malone & Juwaun Jones, last season they combined for 18.5 sacks. If you neutralize one then the other usually picks up the slack. The Defensive tackles (Jeremy Darvin, Jalen Madden, Ricky Barber) are mainly used to plug up space so that defensive ends and back eight can make plays in the running game. If Liberty wants to neutralize that Hilltopper advantage, they need to get the deep passing game going and force the Hilltoppers to wear themselves out with the pass rush. Against Louisville’s larger and more talented offensive line, that happened and the unit only got one sack on the day. You could tell that the Hilltoppers were tired as the game wore on and that hurt their defensive line’s effectiveness. If Liberty can’t get the passing game going, it could be a long day for the Flames.

4. What are the current capacity restrictions for WKU home games? How many fans should we expect and what will the atmosphere be like? Any chance some Liberty fans could snag some tickets?

RS: It has been announced that Smith Stadium’s capacity will be around 5000 fans (20% capacity), which will mainly be season ticket holders and students. Since they’ll be drawing from those two demographics, I expect the fans that do go to be into the game to be into it but with the size of the stadium (only 23,000), I see a weird atmosphere where the crowd won’t really be much of a factor. I could see WKU pumping in fake crowd noise to throw off Liberty’s offensive timing but nothing has been announced in regards to that yet. After checking the secondary ticket market (stub hub & seat geek) & Craiglist, I haven’t seen any tickets available to non-season ticket holders/students. Unless you live in the area and want to try to scalp close to game time, I’d advise enjoying this one on ESPNU.

5. What’s your prediction for the game?

There is no other way to spin it, last week was a disappointment for the Hilltoppers. There is no shame in losing to a team like Louisville but the Hilltoppers squandered chances and didn’t live up to their potential in that one.  I think that WKU takes out those frustrations on a talented but rebuilding Liberty squad on Saturday. I see the Hilltoppers throwing off Malik Willis in his first game as starting qb, forcing multiple mistakes and frustrating him throughout and I expect the offense to be able to get the operating space that they lacked in game one. Liberty will have its moments but I see the Hilltoppers winning 37-17.
Be sure to give Ross and the crew a follow on Twitter @TheTowelRackWKU and check out their coverage of the game this week.

Liberty targeting one of the top JUCO WRs in the country