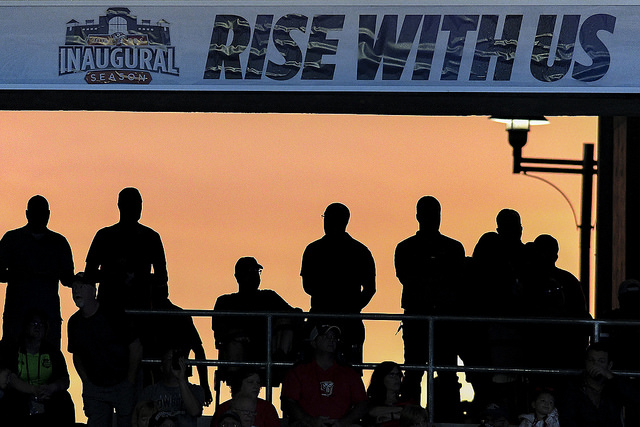 Our Q&A this week is with Mean Green Nation Editor-in-Chief Adam Martinez.

ASOR: Congrats on the dominating win over Arkansas! Where does that win rank in program history and is this the best UNT team ever?

Adam Martinez: Beating an SEC team is always the goal for any team, and it is the most prestigious win that we’ve had in my memory. Older fandom remembers beating Tennessee in 1975 and beating Baylor and Texas Tech, but in this day, this gets more pub. I think doing it the way they did – so dominant, and not just an upset on a fluke play or something – was the real fun part. NT felt and looked like the much better team and that feels better than stealing a victory. The Arkansas fans left at halftime. Nothing better than doing that.

Beyond that, getting a contender for play of the year in the mix is nice too. That punt return will stick in every generic college football fan’s mind for a long while.

ASOR: We all know about Mason Fine, how did he end up in the Mean Green uniform?

AM:  It is a well-told story by now. He was not recruited by many FBS teams coming out of high school despite the fact that he had such gaudy numbers. (UNT OC) Graham Harrell looked at him and wanted to pass because of his height, as well. That he even got that look was because of the connection his high school coach had with Littrell. They watched the film and decided they saw a playmaker who could do everything they asked.

He took the starting gig after his first game, taking the snaps in the second half of his first game after graduate transfer Alec Morris (from Alabama!) struggled to move the ball. That first year he showed signs, most notably when he would sprint out and go all #FineDozer.

He has improved every week and now relies on his ability to read the field and pass accurately.

ASOR: This offense has been explosive dating back to last year, but the story through 3 games this season has been the defense. What makes this unit so much improved in 2018?

AM: In a word: Linebackers. Last year NT lacked speed and dominant play from the LB spot, and this year the two starters have improved dramatically since last year: EJ Ejiya and Brandon Garner. They showed signs last season, and they will credit the work they put in in the offseason and in film. They also mention the number increase in backup quality to allow guys to rest.

They have been fantastic, and that is reflected in the havoc stats: they lead the team in TFLs and sacks. An underrated secondary – always maligned for the poor pass defense – has benefited. NT has showed signs of this type of defense and those that have watched closely – me – have known they have shown this potential. It has been great to see them be so consistently dominant, however.

ASOR: Liberty obviously has its work cut out to try to get a W Saturday, any chance of a let down from UNT?

AM: There is always that chance. Seth Littrell has really done work to get the team into the week-at-a-time mindset and he has done a great job of that for the most part. There has never been an effort problem – although he ascribed the first loss to FAU last year as an attitude thing – and NT has lost mostly because it is the second-best team on the field.

Littrell talks about being the most excited team to play ever week – a Mike Leach-ism – and for the most part, they do a good job of getting everyone to that level. That said, Liberty – no offense of course – doesn’t carry the same kind of cachet nationally as Arkansas and it is only natural to not be as excited. Maybe one less text message to family members about the game, you know?

ASOR: How much did Liberty’s win over Baylor resonate in that part of the state/country?

AM: Baylor was at a low, and there was – and still is – such a dislike for the way the entire program handled the situation that many people felt that it was comeuppance. There were a lot of searches for “Liberty” (I know I did also) and that went on for about a week after. Baylor then lost again to UTSA the next week and so that continued a bit.

Thank you Adam for joining us. Liberty fans, be sure to give Mean Green Nation a follow on twitter @meangreennation this week! 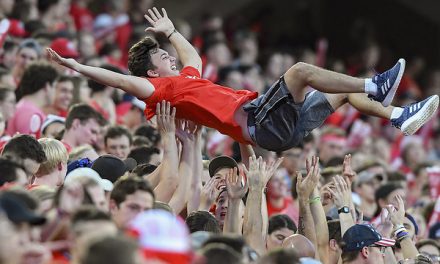 Watch and Listen: Liberty vs Campbell 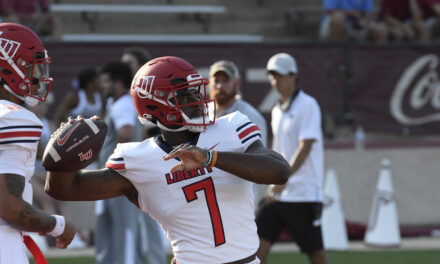