Demario Douglas hoping to use football to accomplish bigger goals 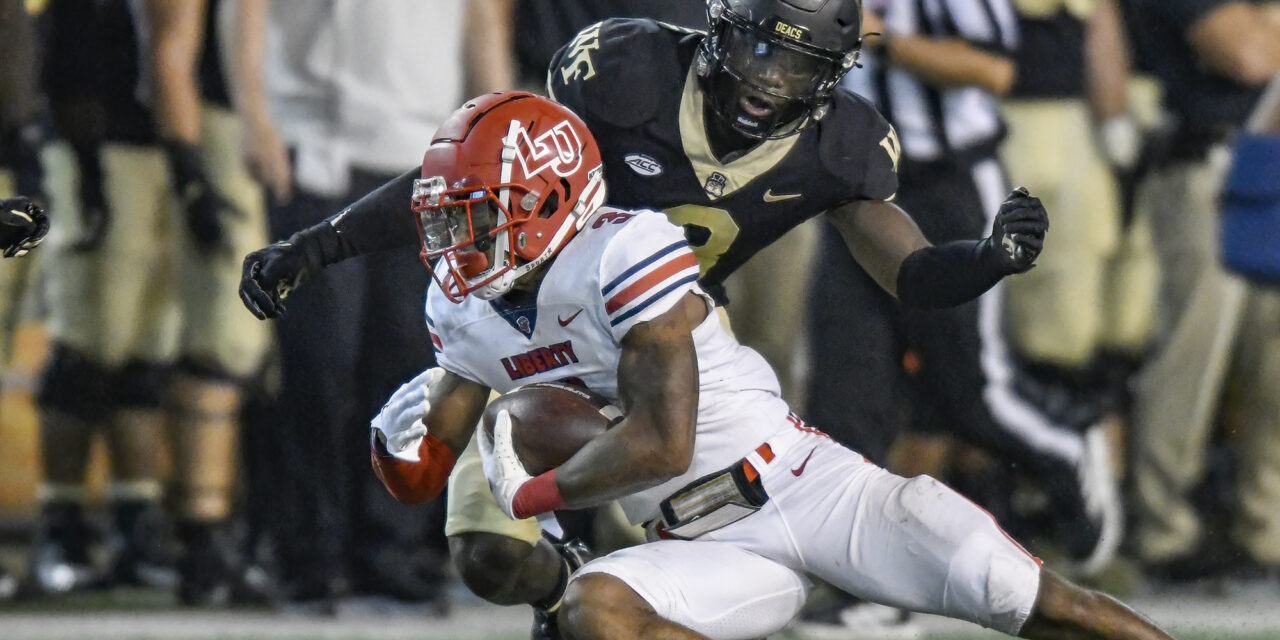 Growing up in St. Augustine, Florida, Demario Douglas watched his uncle excel on the football field for St. Augustine High School. As a young kid, it inspired a dream inside of Douglas to be the best football player he could be and carry on his uncle’s legacy.

Douglas began his high school career in St. Augustine where he lived with his mom. Midway through his high school career, he moved north to Jacksonville, Florida to live with his grandmother and attend Mandarin High School. Douglas was a star for the Mustangs. As a senior, he finished with 1,700 all-purpose yards, 1,300 of those as a receiver, to go along with 18 touchdowns. He led Mandarin to the state championship and set the Florida state title game record with four receiving touchdowns.

Despite his on the field success, Douglas was largely overlooked as a recruit. It was primarily Division II and FCS schools that offered him with the exception of a couple FBS offers from Florida Atlantic, UAB, and Liberty. It was primarily due to his size, at 5’8″, it turned college coaches away.

“I didn’t get big offers because of my height,” Douglas said. “When Liberty offered me, I came up here, it was like a different setting, and I committed here.”

Demario doesn’t see his height as a hindrance, but instead uses it to fuel his desire to fulfill his potential.

“I don’t see height,” he said. “I believe if someone steps in front of me, I have to win. My why carries me. My family is still working, once they are done working, I have exceeded my plan.”

His why. Douglas’ why is his family. His mom and grandmother sacrificed so that he can live his dream. He hopes that he can repay their sacrifice one day.

“Mom and grandma, they worked so hard for me to get to this point,” said Douglas. “My dad, my step dad, all them came and helped. I just salute mom and grandma a lot, them two on their own doing it.”

His mom, grandmother, and the rest of his family make the trip for every Liberty home football game, even some road games. His grandmother is so dedicated that she bought a big truck to cram everyone into to make the nine-hour trek to Lynchburg.

Douglas has grown into being one of the best players for the Flames and at the top of opposing team’s scouting report. Through the first three games of the 2022 season, he leads the team with 15 receptions for 272 yards and 4 touchdowns. In fact, he’s the only player on the team to haul in a touchdown pass so far, and he’s the only player on the team with more than 8 receptions and 100 yards so far this season. And that doesn’t include what he does in the return game, both punt and kick.

Last season, Douglas led the team in receptions and receiving yards with 52 for 701. He also finished second on the team with 6 touchdowns. As a redshirt-freshman in 2020, he was named a Freshman All-American as a punt returner.

Brandon James and Kenny Logan are two football players that also grew up in St. Augustine that Douglas looks up to. James played at Florida before signing as an undrafted free agent with the Indianapolis Colts. Logan is currently a senior at Kansas. He has been compared to other players as well, including Wake Forest’s Greg Dortch, who is currently with the Arizona Cardinals.

“That guy number three, Demario, oh my goodness, that guy would play anywhere in the ACC,” Wake Forest head coach Dave Clawson said following Liberty’s game against the Demon Deacons last week. “That number three, he is the closest thing to Greg Dortch that I have seen. We didn’t even want to kick to him. We started skying kicks. He is dangerous. We had contain set and he still outran it.”

After hearing that quote, Douglas went and watched film of Dortch and was surprised at the similarities in the two players’ games.

Despite only being a redshirt-sophomore on the field, Douglas is on track to graduate with a degree in Sports Management in December. When he does, he will become the first male in his family to graduate from college. While he still has two years of eligibility remaining, some are thinking Douglas may begin to turn his attention to the NFL following the 2022 season.

“I don’t really think about it right now,” he said when asked about the NFL. “I’m just trying to stay focused. All the other stuff outside can wait until after the year or close to the end of the season. I’ve got to take it game by game right now.”

In recent seasons, we have seen more and more Liberty players get drafted or sign as undrafted free agents with NFL teams. Antonio Gandy-Golden was the last Liberty wide receiver selected in the draft, taken in the 4th round in 2020. Malik Willis was selected in the third round of this past year’s draft.

Demario hopes to add his name to that list and sign with an NFL team. His family and his desire to help others is what drives him to make that dream a reality.

“Helping others, that’s something I want to do,” he explained. “When I make it to the League, I can be able to help communities and stuff. I just want to be able to help for sure.”

For now, he’s focused on helping the Liberty football team find success on the field and attempt to reach a fourth straight bowl game.

“I like to laugh. I wanna see a smile on everybody’s face,” Douglas said. “My 5th grade teacher told me my smile is worth a lot. Every time I smile, I can make some one else smile. I just carry that on.” 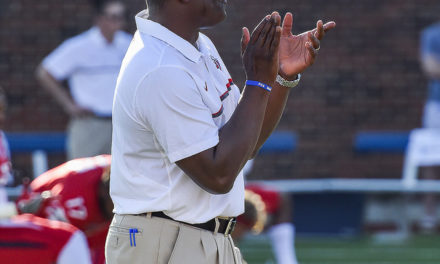 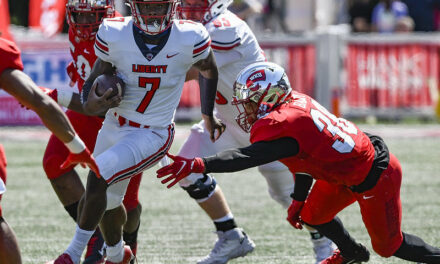 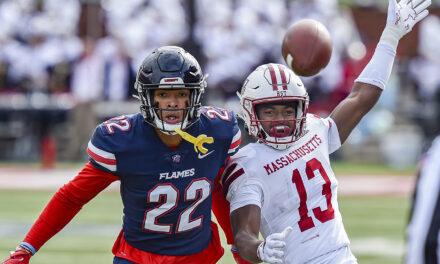