Liberty’s Win Over FIU Had A Little More Meaning To Receiver, DJ Stubbs 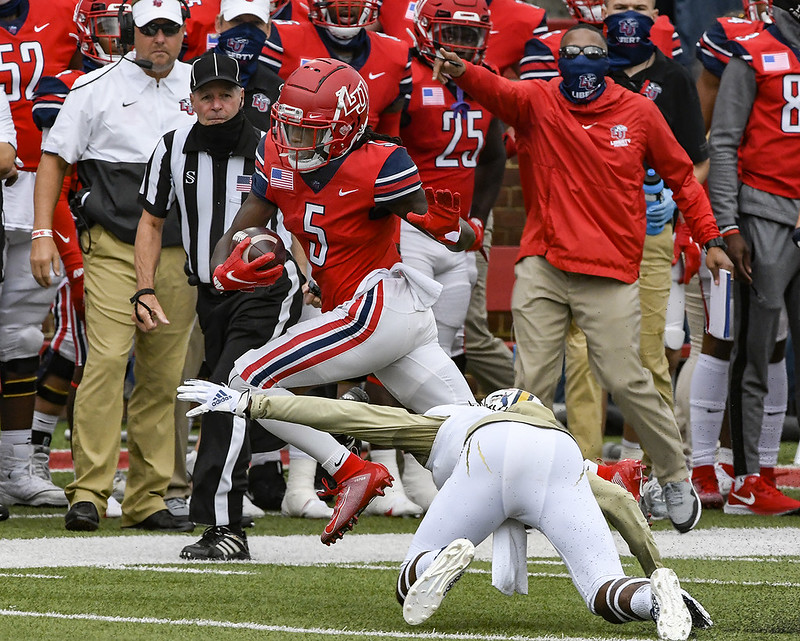 Senior Wide Receiver DJ Stubbs had a tremendous game against Florida International. Stubbs showed off an impressive stat line with, eight receptions for 119 yards and one touchdown. This was a game Liberty was supposed to win, which they did, as Liberty becomes 2-0 on the season, yet this win probably had a little more sweetness to Stubbs in specific.

Back in 2017, Stubbs was just a high school athlete that was a three-star recruit coming out of University Christian in Jacksonville, Florida. According to 247 Sports, he had a total of 14 offers to play college football, including Liberty.

On June 27, 2016, Stubbs decided where he wanted to play college football. He committed to Florida International. This made sense, as he grew up in Florida, so it is natural to commit to a school nearby and has an established football program.

He committed to the Florida International that had Ron Turner as the head coach. He was about to turn a page onto a new chapter to a college that would help him succeed. Until…Sep. 25, 2016, Ron Turner was fired and Ron Cooper was slated as the interim head coach.

After Cooper went 4-4 to finish the season, FIU decided to not make him the permanent coach. On Nov. 15 FIU hired Butch Davis.

Now? Well now there is a new coaching staff full of strangers that Stubbs was supposed to play at the following year in 2017.

This was probably not what Stubbs had in mind. Less than a month later on Dec. 14, Stubbs decommitted from FIU.

Former Liberty offensive coordinator Joe Dailey spoke upon the situation on signing day back in 2017.

“When (FIU) made the coaching change, it made it a little ambiguous with where he (Stubbs) stood with them,” Dailey mentioned.

Stubbs then was an athlete who was halfway through his senior year and was uncommitted once again. Liberty started to make a serious push at that point. Dailey went on to add high praise about Stubbs from the same interview.

“He was a young man we looked at this past spring, and said he had a unique skill set. He could return the football, and do the things on offense that we need with the change in our system. Once we got wind of things, we reached out to his coach and to him, and we had mutual interest. Once there was mutual interest, we went all out to get this kid on our campus to show him what we have to offer,” Dailey says. “Liberty is a special place with special people. We’re the best kept secret in college football, and we don’t want to be the best kept secret anymore. We want people to see what we have to offer here at Liberty University. We brought him in, and he fell in love with the people, with the coaches, and with the people that are going to be involved in his life for the next 4 or 5 years. Once he saw what we had to offer, he couldn’t turn that down.”

Stubbs went on to commit to Liberty on national signing day (Feb. 1, 2017). Since his arrival, Liberty has been starting to let their best kept secret out. During their inaugural season in the FBS (which followed Stubbs’ freshman year in 2018), the Flames managed to win six games.

In 2019, Liberty continued to share their secret, as they won eight games and won their first ever FBS bowl game. Stubbs has been a big part of that as he has amassed over 1,222 receiving yards and 5 touchdowns since his freshman year here at Liberty.

Now, he is a senior and is one of the key receiving threats for Liberty’s offense. The program managed an upset win in week one against Western Kentucky (30-24). In week two, the Flames beat FIU in an intense battle (36-34).

There were a lot of key pieces for the week two win but ASOR’s most valuable player of that game was DJ Stubbs. He helped the offense flow and keep a good pace towards victory.

With Stubbs’ elite play, he showed FIU Head Coach, Butch Davis, exactly what he was missing. 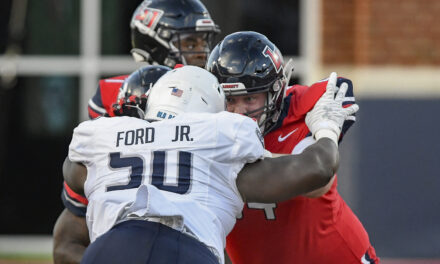 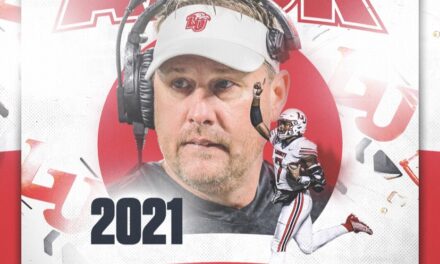 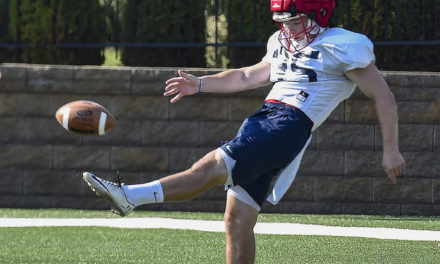