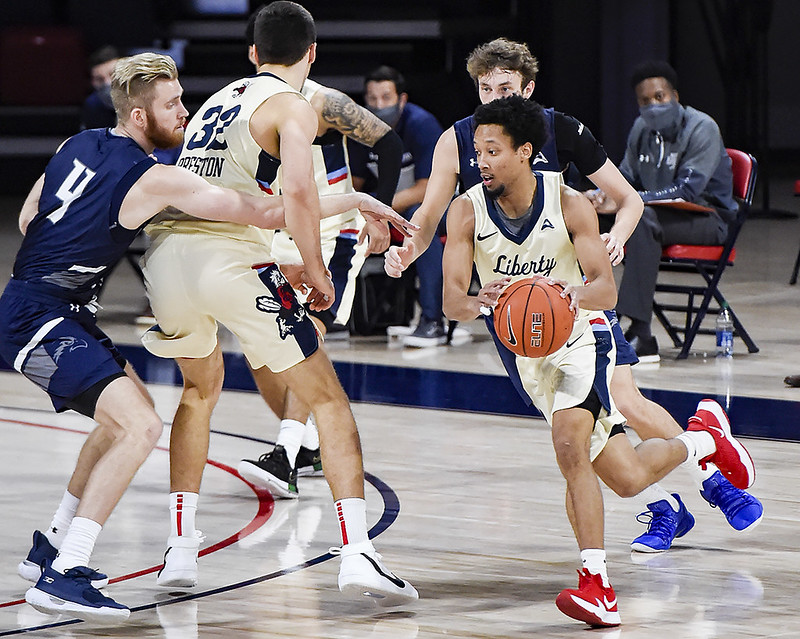 Liberty junior guard Darius McGhee has been named to the 2020-21 Lou Henson All-America Team and a finalist for the nation’s top Division I Mid-Major Player.

The Lou Henson All-America Team honor adds to a laundry list of accomplishments earned by McGhee this season. He was previously named the 2020-21 ASUN Player of the Year, the ASUN Tournament MVP, and a First Team All-ASUN selection, and an NABC District 3 First Team honoree.

McGhee helped lead the Flames to a third consecutive ASUN Regular Season Championship and ASUN Tournament Championship while clinching a third straight automatic bid to the NCAA Tournament. Liberty lost to Oklahoma State in the first round of the Big Dance in Indianapolis.

The Lou Henson Award is presented annually to the top Division I mid-major player voted on by the award committee and covering 22 mid-major conferences. Lou Henson won 775 games spanning 41 seasons as the winningest head coach in program history at both Illinois and New Mexico State. One of only 11 coaches to take two different schools to the Final Four, he led his teams to 19 NCAA Tournament appearances and four NIT berths. 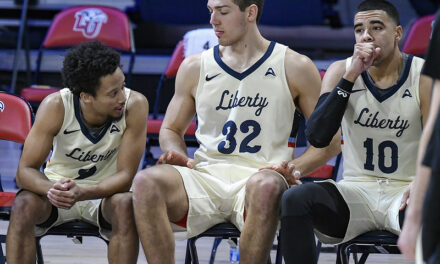