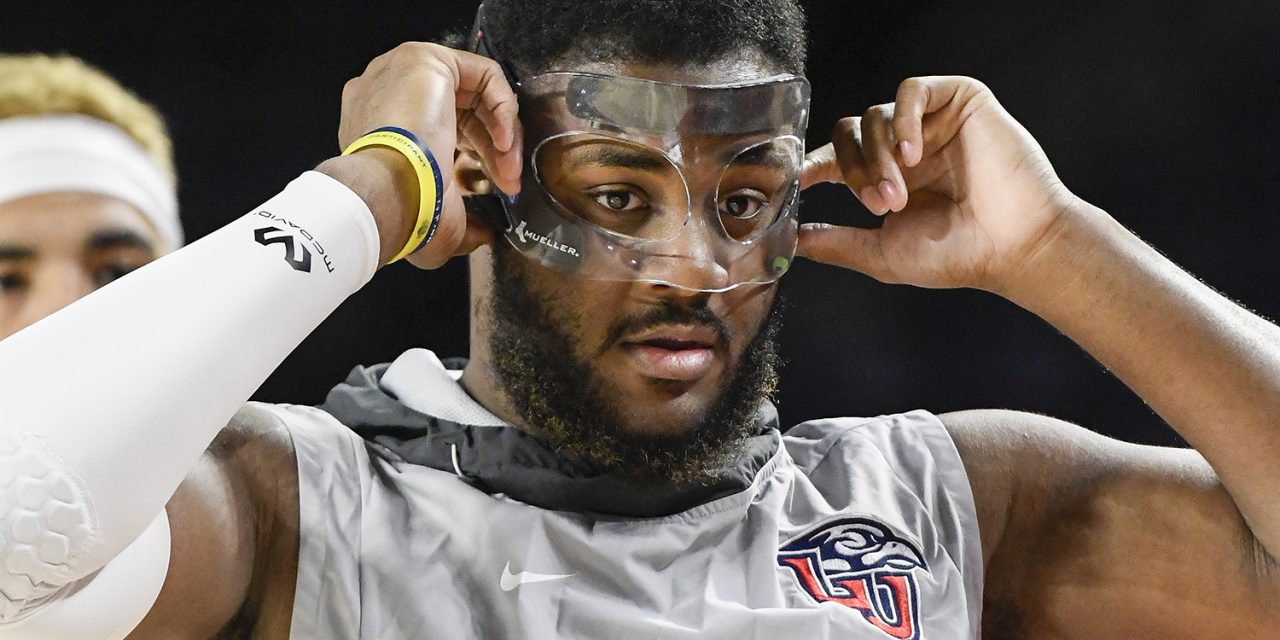 Liberty was able to withstand North Alabama’s second half run and defeat the Lions, 63-52, to improve to 3-0 in ASUN play and 17-1 overall.

UNA cut the lead to 3 with just over 6 minutes left and had two good looks from 3 to tie it, but missed both. The Flames would respond to control the closing minutes of the game.

“I told our team in the locker room that you have games like that in the season,” Liberty head coach Ritchie McKay said. “It’s hard to win in college basketball. I told our guys earlier in the week, there’s been 4, I believe, 25-point favorites that have lost on their home floor. We’re not exempt from that. We’ve got to stay off the KenPom and the analytics and the spreads or whatever it is. That doesn’t translate when you jump it up.”

Both teams started slow from the floor, combining to miss the first six shots from the field until Scottie James was able to power through a layup at the 17:45 mark. Caleb Homesley would get open for a three pointer in the opening minutes as well as the Flames took a 5-4 lead into the first media timeout.

Wearing a protective mask on his face after suffering an injury in practice Tuesday, Myo Baxter-Bell would get a pair of buckets for the Flames out of the media break. It would spark a Liberty 8-0 as the lead grew to 13-4 before the Lions answered with a pair of bucket to cut the lead to 13-8 with 11:56 to play in the first half.

With a Minnesota Timberwolves scout sitting courtside, Homesley had an impressive spin move and flush on the baseline. He led the Flames with 8 points early before picking up his 2nd foul with about 8 minutes left in the first half. Georgie Pacheco-Ortiz’s three gave Liberty it’s largest lead at 25-14. 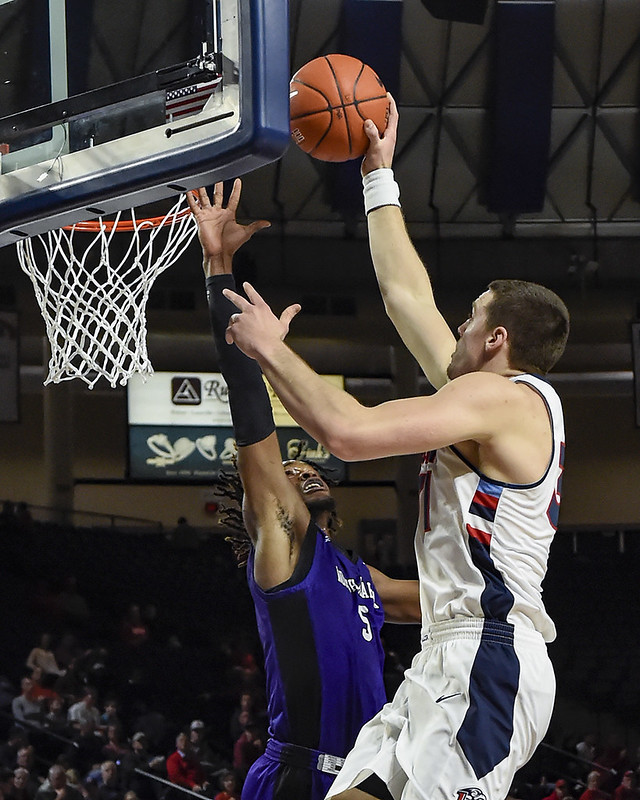 Liberty took advantage of some careless UNA turnovers, outscoring the Lions 11-0 in points off turnovers as the Flames took a 32-22 lead into the final media timeout.

“We were up 32-17,” McKay recalled after the game. “I felt like where that could have been a chance to step on the gas, I felt like we dialed it back a little bit, and subsequently I think they got a little more confident.”

North Alabama closed the half on a 10-2 run, cutting Liberty’s lead to 34-27 at intermission.

The Flames were led by Myo Baxter-Bell, Scottie James, and Caleb Homesley who each had 8 points at halftime. Homesley only played 10 minutes as he sat most of the final 8 minutes after picking up his 2nd foul.

Darius McGhee would connect on his first three pointer of the game, after missing his first three attempts. He’s made at least one three pointer every game this season except for the Florida Gulf Coast game to open ASUN play. His triple would jump start a 7-0 Liberty run to push the lead back to double digits at 44-33 with 14:31 to play.

The Lions would cut the lead to 6 at the 13 minute mark before Baxter-Bell would run off four straight to push the lead back to double digits with 10:12 left.

Scottie James would continue the Liberty run as his bucket pushed the Flames ahead 10, but North Alabama wouldn’t go away. UNA ran off 9 straight points to cut the Liberty lead to 50-47 with 6:17 to play as Elijah Cuffee picked up his 4th foul of the game as he covered North Alabama’s leading scorer Jamari Blackmon. The Flames had 5 turnovers on 5 straight possessions during the run.

“I just didn’t feel like we had an offensive or defensive rhythm tonight,” said McKay. “Consequently, when it got close, you saw really for the first time all year our guys got tentative and a little reactive instead of anticipatory.”

The Lions had two opportunities to tie the game at 50, but Aleksa Matic and Blackmon each missed their three point attempt. Liberty would capitalize as Homesley was able to find Baxter-Bell under the basket for a layup to push the Flames lead to 5. Pacheco-Ortiz was able to add a bucket as well as the lead grew to 7.

Homesley was fouled shooting a three pointer as he had a chance to push Liberty’s lead to 8, but he missed two of three. The Flames would get a stop on defense that led to a Pacheco-Ortiz jumper followed by a Scottie James steal at the top of the key which led to a breakaway dunk for the Liberty senior forward as the lead grew to 10.

Liberty would control the final minutes of the game to seal the win.

Despite the mask, Myo Baxter-Bell led the team with 16 points as he made 5-of-7 field goals and all 6 of his free throws. Scottie James and Caleb Homesley had 14 points each. James also added 7 rebounds. Pacheco-Ortiz added 9 points despite missing 7 of his 10 field goal attempts.

Liberty returns to action Saturday evening at 5 p.m. back in the Vines Center to take on Jacksonville. The Dolphins are 1-1 in ASUN play and are coming off a win Thursday night at home over NJIT, 68-52.

Would You Rather: First Four or Field of 64? 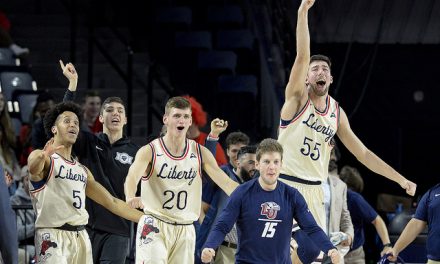