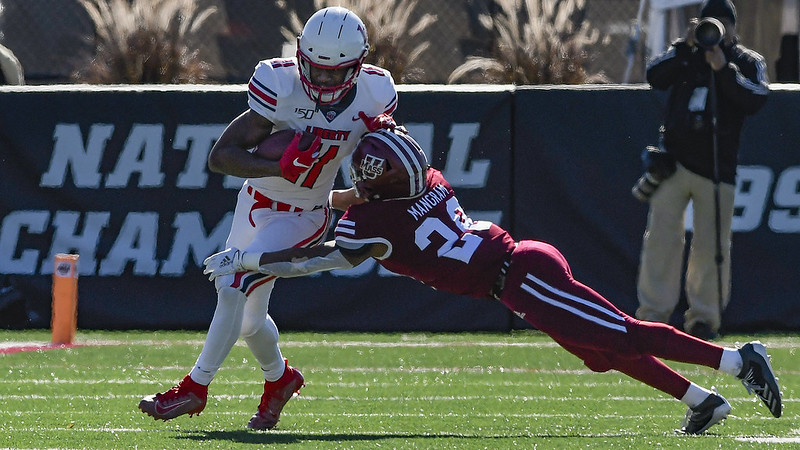 Liberty (6-3) moved within one game of bowl eligibility with a 63-21 rout of UMass on Saturday afternoon in Amherst, Massachusetts.

The Liberty offense and defense both had their best games of the season in the win, as the offense racked up a season high 730 yards of offense and the defense held the Minutemen to 240 yards, a season low for the Flames’ defensive unit.

The Flames wasted little time getting on the scoreboard, scoring a touchdown on its opening possession just 98 seconds into the game. Three more touchdowns would follow in the first quarter and a total of seven first half touchdowns as Liberty went into the halftime break with a 49-14 lead.

Liberty took control of the game as Frankie Hickson capped the game-opening drive with a 7-yard touchdown run. The Minutemen were forced to punt on their first drive, but D.J. Stubbs fumbled and Isaiah Rodgers recovered the ball, giving UMass a first-and-10 at the Liberty 16. They would score just a few plays later to knot the score at 7.

It took the Flames three plays to regain the lead for good. Buckshot Calvert connected with Joshua Mack for a 62-yard gain on second down and freshman quarterback Brandon Robinson stepped in and tossed his first career touchdown pass, a 5-yard shovel pass to Troy Henderson. A 31-yard Buckshot strike to DeMario Douglas stretched Liberty’s lead to 14. 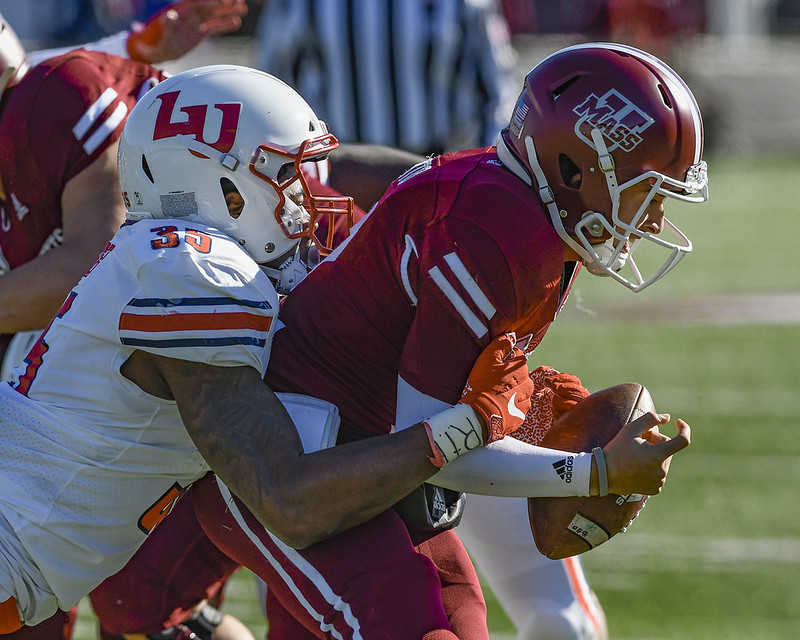 The defense gave up 14 points off turnovers as Liberty fumbled a punt in the UMass red zone and backup quarterback Landon Brown fumbled near midfield. The Minutemen were only able to string together one drive for points that didn’t come off a turnover all afternoon.

The Flames combined for 5 sacks on the afternoon as Jessie Lemonier, Jayod Sanders, and Tyren Dupree each had one sack while Brandon Tillmon, Elisha Mitchell, Mason Wolk, and Aubrey Williams had half a sack.

Despite playing in only one series in the second half, Buckshot Calvert set a school record with 474 passing yards. He broke his own record for most passing yards in one game that he set in 2017 in Liberty’s win at Baylor.

The senior signal caller finished the game 20-of-27 passing for 474 yards and 4 touchdowns. It was his seventh consecutive game without throwing an interception.

HIckson added three scoring runs on the afternoon while he and Joshua Mack combined for 184 rushing yards.

Antonio Gandy-Golden had 6 catches for 137 yards and 1 touchdown as he moves into a tie with Darrin Peterson on the Liberty career receptions chart.

DeMario Douglas finished second on the team with 85 receiving yards and 4 receptions. It was the true freshman’s first significant action of his career.

With the win, the Flames need just one more win to become bowl eligible for the first time in school history in the program’s first season as a full FBS member. Liberty travels to Provo, Utah for its first ever meeting with BYU. The game will kickoff at 7:30 eastern time next Saturday night on ESPNU. 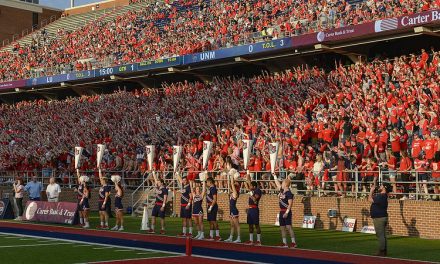 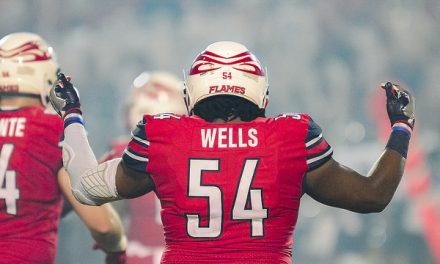