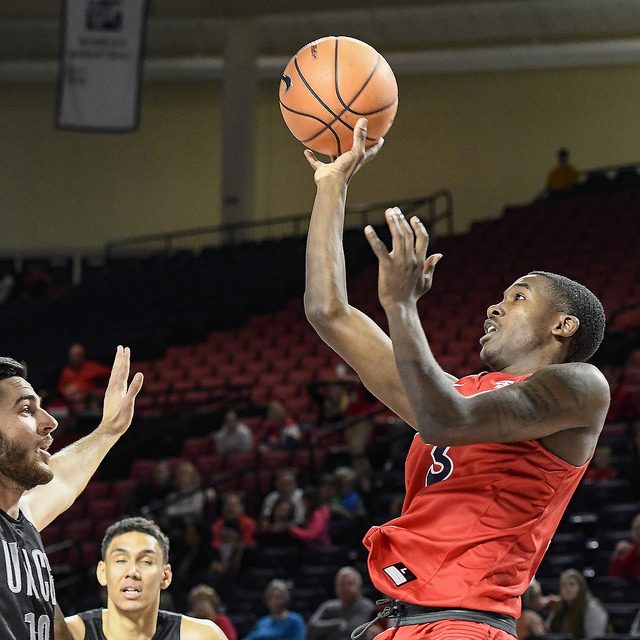 Liberty returns to the friendly confines of the Vines Center for the first time in more than two weeks, as the Flames play host to the Charleston Southern Buccaneers Tuesday evening.

Coach McKay’s squad is looking to rebound from a 58-55 loss in its Big South opener at Gardner-Webb on Saturday. Meanwhile, the Buccaneers are 1-0 in conference play after rolling over Longwood, 84-43.

CSU is 6-6 on the season, with 3 Division I wins. 6’4″ guard Christian Keeling paces the Buccaneers with 18.3 points per game and 5.6 rebounds per contest. Forward Travis McConico and guard Phlandrous Fleming, Jr also double figure scorers for Charleston Southern, adding 13.1 and 12.1 points per game, respectively.

The Flames won both meetings against Barclay Radebaugh’s squad, including by a 76-69 mark on February 11th in Lynchburg. Coach McKay is 5-3 all-time against CSU.

Liberty falls in overtime to Radford, 59-57