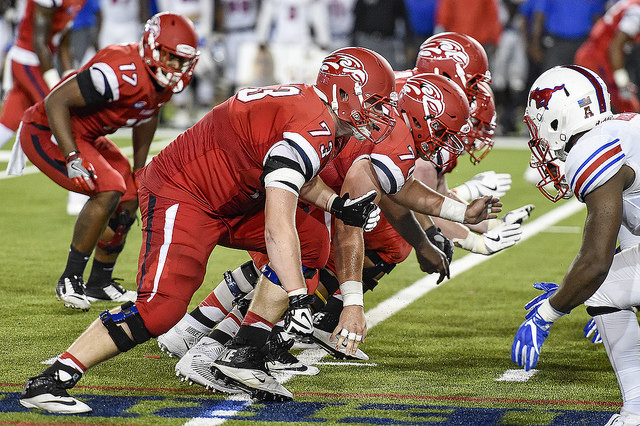 The Liberty football team fell to 1-2 with their 29-14 loss at SMU. The Flames had plenty of missed opportunities where they could have won the game, but they didn’t capitalize. Buckshot Calvert entered the game in the 3rd quarter in relief of Stephon Masha, who had thrown 3 interceptions, and nearly led Liberty to the comeback win. 3 games in to the season, and we seem to have more questions than answers.

Braeden West: 224 yards on 24 carries, that’s 9.2 yards per attempt. He also broke off a 66 yard touchdown. Liberty’s defense had no answer for him.

Juwan Wells: Wells continues to prove himself as one of Liberty’s best defensive players. The sophomore finished the game with a team-high 13 tackles. He also added 1.5 sacks as he put plenty of pressure on SMU’s backfield all game. 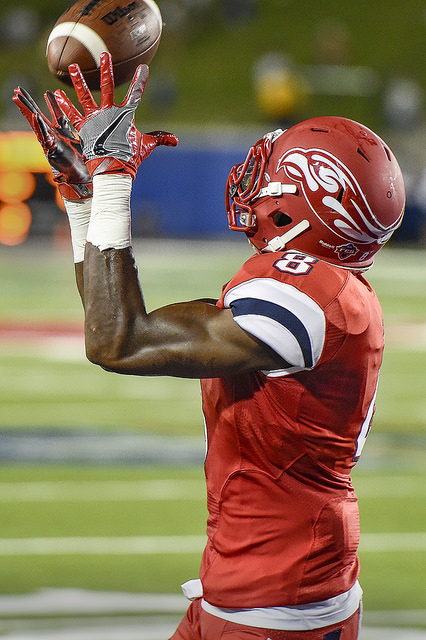 Nick Newman: Liberty’s senior linebacker was making plays all over the field. He had 12 tackles and 1 tackle for loss. He also intercepted a pass in the end zone in the first quarter, and had a 2nd INT on a beautiful leaping catch. Unfortunately, his 2nd pick was called off due to a penalty.

The loss ends Liberty’s streak of beating an FBS opponent, which they had done each of the previous 2 seasons. The season is certainly still early, and Liberty has plenty of time to turn this year into a memorable one, but there are definitely some concerns after week 3. Yes, the Flames just lost to an FBS opponent by two scores, but SMU is no power team. In fact, an argument could be made that the Mustangs are the 4th or 5th best team on Liberty’s schedule this season.

For the 2nd time in 3 games, LU’s offense struggled big time. On 36 rushing attempts, the Flames only averaged 2.7 yards per rush, much below Coach Gill’s stated goal of 4 yards per carry. 7 penalties called is another area of concern, especially with many of them coming at key times in the game.

Liberty lost two starters in Todd Macon and Chris Turner to injury in the game. We’ll have updates on their status on Tuesday when we get the injury report from Coach Gill.

There were some bright spots, such as the defense holding SMU to 9 points on their 6 red zone trips. Also, true freshman Stephen Calvert seemed to jump start the offense when he came in in relief of Stephon Masha. Three weeks into the season, and it seems we have just as many questions, if not more, than we had at the start of the year. 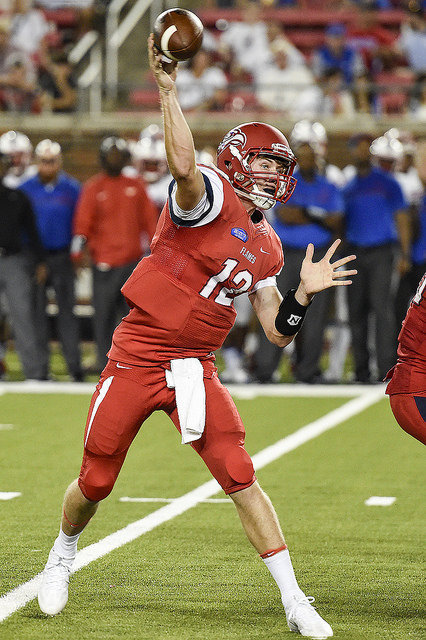 The story lines were going to be plentiful this week with last year’s FCS runner-up visiting Williams Stadium, but after the developments during the SMU game, we have that many more. This game against the visiting Gamecocks would be a huge resume boost for the Flames if they could pull the upset.

Robert Wimberly led defenses have struggled defending teams with dual-threat quarterbacks, and Liberty’s defensive coordinator will face perhaps his toughest challenge in that regard when All-American Eli Jenkins lines up opposite LU’s defense. Jenkins threw for 248 yards and 2 touchdowns and added another 111 yards and 1 touchdown on the ground in JSU’s win over Coastal Carolina Saturday.

Will Gill and Joe Dailey hand over the reigns of the offense to the true freshman this week, or does the veteran Masha get another chance at redemption? This conversation falls at a unique place on the Flames’ schedule. After Jacksonville State, Liberty hosts 0-3 Robert Morris before a bye week and conference play gets underway.

Coach Gill has proved during his tenure at Liberty, that his team is capable of beating anyone in the friendly confines of the Bill.

495-280 | As close as the game felt, it’s shocking to look down and see the Flames were out-gained this much in total offense.

6/9 | Keeping the Flames in the game, was their incredible play on defense in the red zone. The Mustangs had 6 trips inside Liberty’s 20 yard line, but converted those opportunities into only 9 points.

2 | For the 3rd consecutive game, Liberty’s defense forced multiple turnovers. This time the Flames had 2 takeaways, both being interceptions in the end zone. 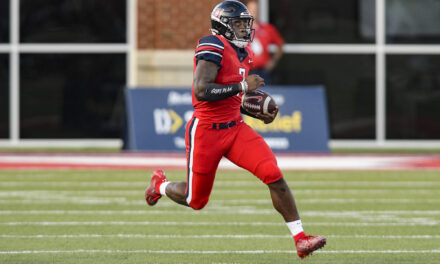 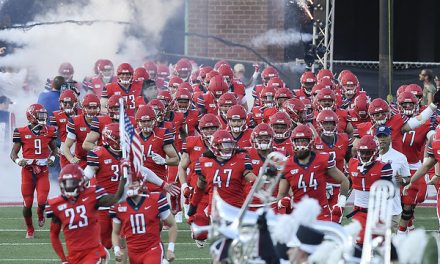 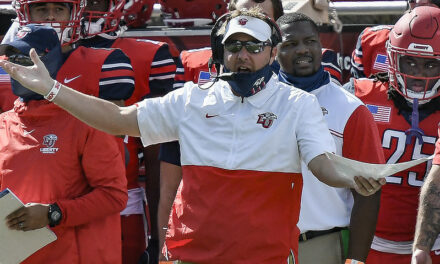