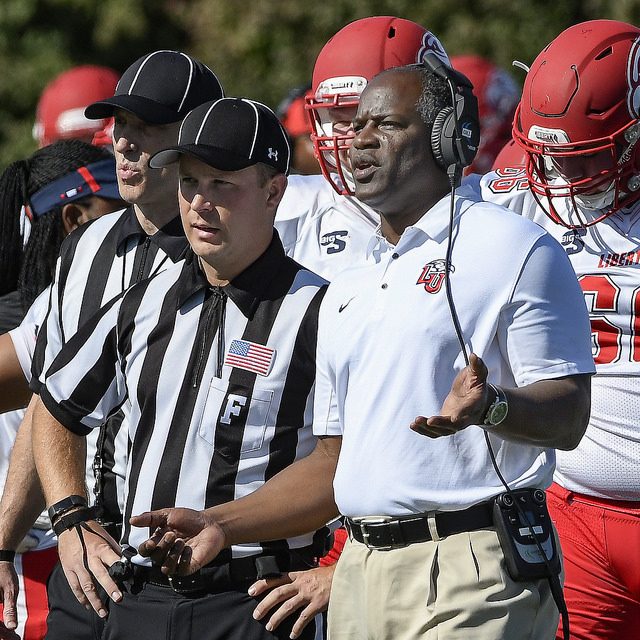 Liberty’s defense has just been atrocious the past two weeks, giving up 98 points and 862 rushing yards in games that were decided by halftime. Those two performances have to rank near the worst in back-to-back defensive outings in school history. It looks like the last time the Flames had allowed that many points in consecutive games was in 2005, when Liberty gave up 157 in 3 straight games.

Each of the last two weeks, Liberty’s offense has scored on their opening drive, then had trouble moving the ball, before finally scoring points on consecutive possessions in the 3rd quarter when the game is already out of reach. When the Flames have been forced to throw the ball on every play, the team has had success in each of the past 2 games. Is it because of the defense playing soft, or should this be the offense’s strategy from the beginning of the game?

The offense’s tempo has also slowed down tremendously since the season opening win over Baylor. In that game, the Flames ran 103 plays. Since then, the offense is averaging 70.6 plays per game.

The Flames have lost 4 straight games for the first time since the first 4 games of the Turner Gill era, when Liberty opened the season 0-4 in 2012. That streak was actually 5 straight losses, as Liberty lost the season finale in 2011 at Stony Brook. The last time the Flames lost 5 straight in one season was in 2005 when they lost 10 straight to finish the year 1-10.

The Flames remain on the road next week as they travel to Boiling Springs, North Carolina to take on the Gardner-Webb Runnin’ Bulldogs. GWU is 1-6 this season with their only win coming against Division II Shorter. Gardner-Webb is coming off a 17-3 loss at Kennesaw State. In 3 of their 7 games this season, the Runnin’ Bulldogs have failed to score a touchdown.

Liberty will be looking to avoid falling to 0-3 to start Big South play for just the 2nd time in school history and first time since 2005. Of course, 2005 was the year that the Flames were 1-10 on the season, including an 0-4 Big South mark. Head Coach Ken Karcher was fired just prior to the final game of the season.

Quarterback Tyrell Maxwell, the Big South Preseason Player of the Year, leads the Runnin’ Bulldogs in rushing and passing. Maxwell is rushing for 86.7 yards per game and also has 5 rushing touchdowns. He’s thrown for 762 yards and 5 touchdowns, but is only completing 46.6% of his passes and has 7 interceptions. Many Liberty fans still have nightmares from the last trip to Spangler Stadium when Maxwell rushed for 173 yards and 3 touchdowns, leading GWU to the upset win. 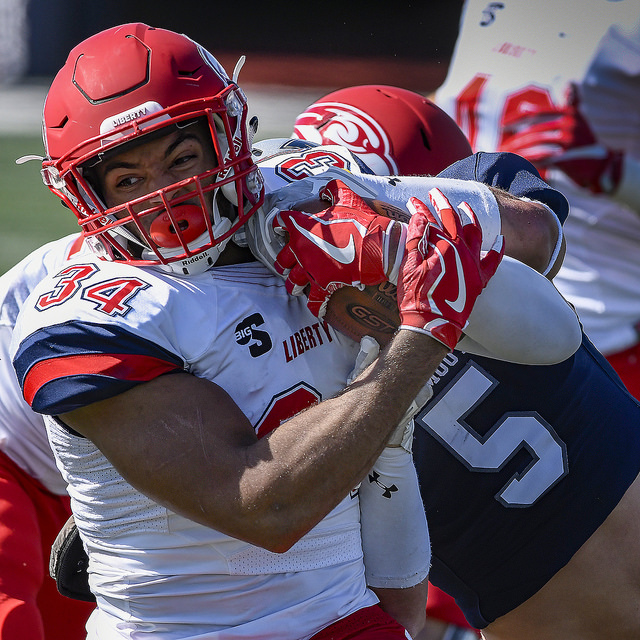 56 | The 56 points scored by the Hawks ties the most allowed by Liberty in a Big South game. Elon also scored 56 during the Flames’ first season in Big South play in 2002.

3/3 | Liberty’s defense continues to struggle in the red zone, as Monmouth scored touchdowns in all 3 of their red zone trips. 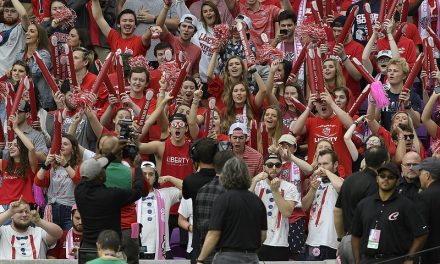 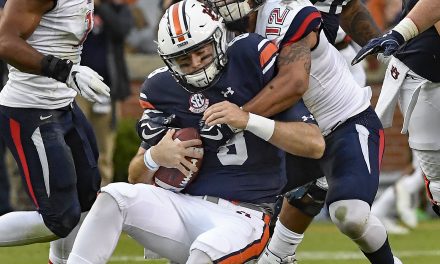