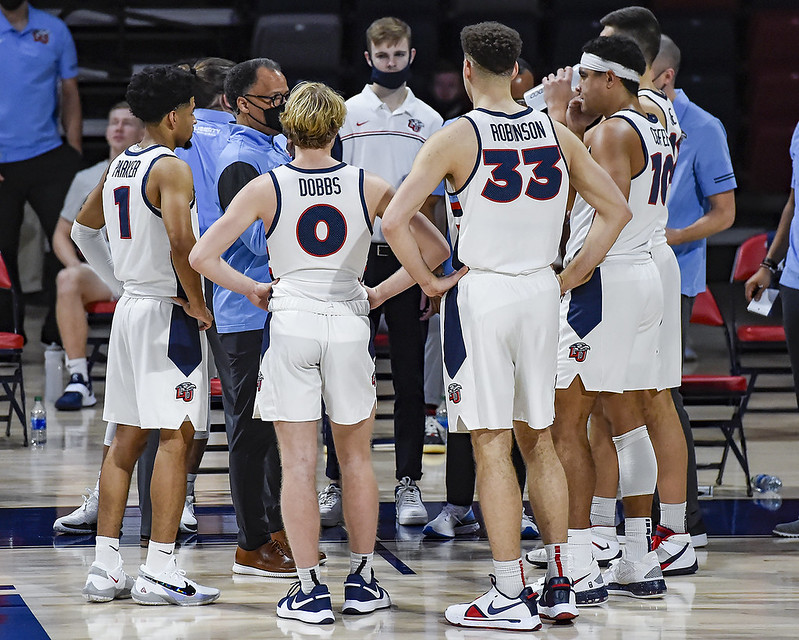 “Our desire every time out is to try to find the best version of ourselves,” Liberty head coach Ritchie McKay said following the game. “I thought we touched a little bit of that today. I’m pleased with our group. The unspoken is the players’ mental exhaustion and fatigue. When you are constantly testing, when you are constantly faced with change, I think it’s taxing for the 18-22 year old. It’s taxing for us adults. What I’m really pleased with, is our guys have shown a response and a maturity that I think warrants more opportunity.”

Unlike Friday’s matchup, the Flames and Owls were both able to get off to strong offensive starts Saturday evening inside Liberty Arena. Kennesaw State held an early 5-2 lead before Liberty responded with a 16-3 run to seize the lead in the opening minutes of the game.

In a reversal of from Friday’s game, it was Liberty who was able to make an impact in the paint on Saturday. The Flames dominated in the paint in the first half, 24-6, and also were able to grab 8 offensive rebounds to hold a 13-2 advantage in second chance points.

“Their game plan was to run us off the three,” said McKay. “We are a program that tries to take what we are given. I thought we did a much better job especially in the second half, just being a little bit more patient and finding the right look. When shots go in it looks like it’s really good offense, but we try to measure the quality of our shot not by the result but by the look itself. I thought we were getting good looks both halves, just more were going through the hoop in the second half.”

Kennesaw State’s freshman Chris Youngblood was able to make two triples in the final 90 seconds of the opening half to keep the Owls within striking distance at 36-30 entering the break. The Flames made just one of seven three point field goal attempts in the first half.

Chris Parker and Blake Newton paced the team in the first half, and their two-man game was on display as well. Parker led the team in the first half with 10 points on 5 of 7 shooting from the field while Preston added 8 points, making all three of his field goals and both of his free throws. McGhee chipped in 7 points on 3 of 9 shooting and 1 of 3 from three point range.

Coming out of the locker room, Liberty would jump out to a 7-0 run that extended 12-2 as the Flames pushed the lead to beyond 20 points. Shiloh Robinson took a shot to his right hip/thigh and checked in midway through the second half as freshman Micaiah Abii checked in for the first time on the afternoon. Shortly after checking in, Abii had a beautiful shot fake from the top of the key that got his defender off his feet as he went around him for what would have been a highlight reel dunk but Abii lost control of the ball as he went to finish it. A couple possessions later, Abii would drill the three-pointer from nearly the exact same spot.

The Flames would coast to the win in the closing minutes thanks to a 25-6 edge in the half at point to push the lead over 30. Liberty outscored the Owls 40-17 in the second half.

Darius McGhee led the team in scoring with 12 points followed by Blake Preston who added 11 points, 5 rebounds, and 4 assists. Chris Parker finished with 10 points and 3 assists.

Liberty ended the game with just 3 turnovers on the evening. The Flames also had 14 offensive rebounds and outscored the Owls 19-5 in second chance points. Liberty also dominated in points in the paint (40-14) and bench points (33-15).

The Owls have now lost 29 straight Division I games and 21 consecutive ASUN games as second year head coach Amir Abdur-Rahim is 1-37 in his two seasons with the Owls against Division I opponents and has yet to win a conference game.

Liberty is scheduled to travel to DeLand, Florida this coming week to take on the Stetson Hatters Friday and Saturday. Stetson is currently 3-4 on the season and 1-0 in ASUN play following their win over North Alabama Friday evening, 86-77. The Hatters and Lions are in action again this afternoon. 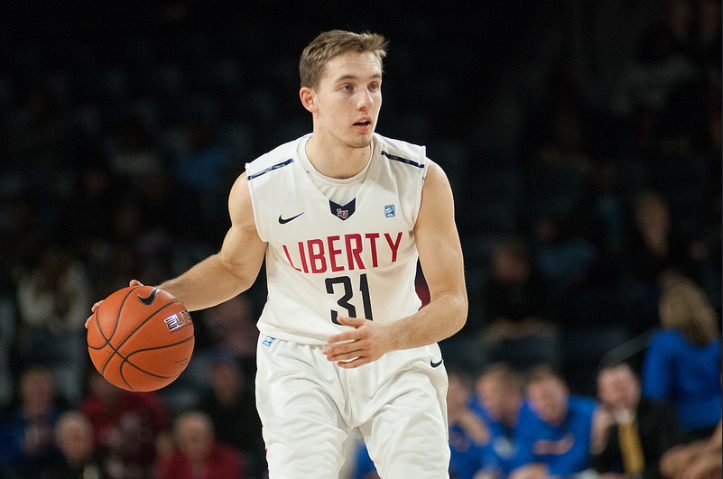 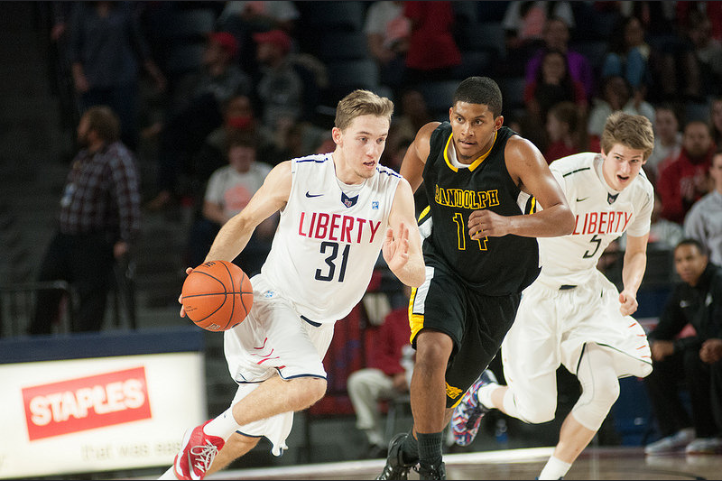 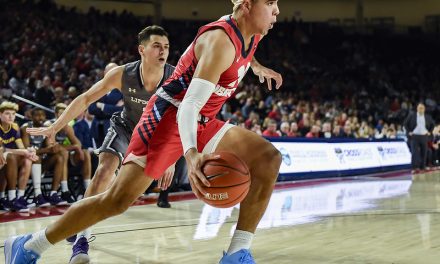