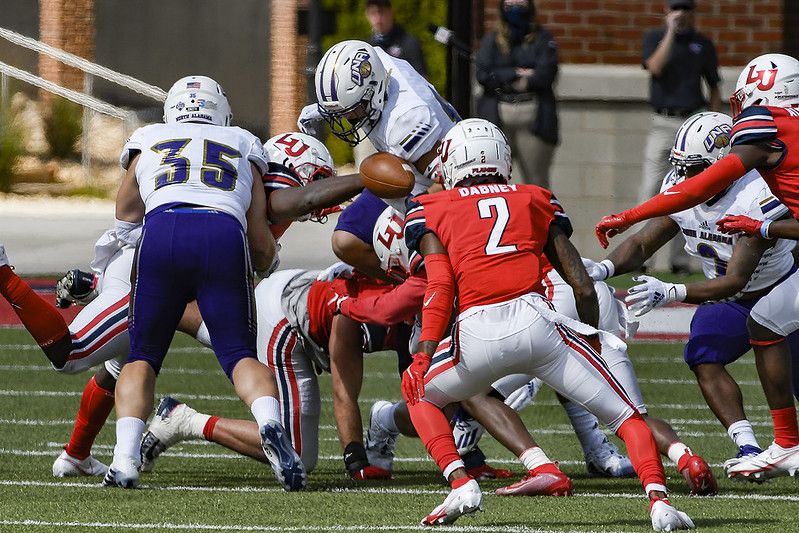 On Wednesday, Liberty defensive backs Emanuel Dabney, Chris Megginson, and Javon Scruggs took questions from the media. There was a wide range questions and below is ASOR’s report from the player interviews…

Liberty senior corner back Emanuel Dabney is originally from Jackson, Mississippi. He was offered by Southern Miss out of high school, signed with the Golden Eagles, and showed up on campus for a couple of weeks before deciding it wasn’t for him.

He then transferred to Hinds Community College in Raymond, Mississippi before ending up at Liberty.

“Being able to play against them, I’m pretty excited. To play against some of my old teammates, my old friends, I played against (QB) Jack (Abraham) in high school, played a lot of those guys. I’m really excited about it.”

FLAMES PREPARING FOR A GAME WITH COVID QUESTIONS LINGERING

The prevailing discussion this week has been about Southern Miss and their COVID concerns they’ve faced the past few weeks, after having to postpone last week’s game at UTEP and now interim head coach Scotty Walden testing positive for the virus.

“It’s COVID season,” said senior and captain Javon Scruggs. “The game can get canceled at any possible time. We just got to prepare like we know for a fact that the game is going to get played.”

Scruggs says the thought is in the team’s mind, but they are trying to block it out and focus on the task at hand this week.

“We have the slight chance that we prepare and might not get a game, but you have to prepare that we’re still going to have that game. Hopefully we do, it’s in the back of players minds and mine too, but I just hope that we get to play.”

Liberty is sporting one of the top pass defenses in the country through the first half of the season, currently ranking No. 8 nationally in pass defense. The defensive backs give all the credit to the defensive line and the pass rush they’ve been able to create.

“Our D-Line is outstanding,” said Scruggs. “Those two edge rushers in Durrell Johnson and TreShaun Clark, those guys are big, scary guys that the tackles don’t like to see because they’re easily faster than any O-Linemen we face.”

At times this season, the defense has carried the team to wins. We’ve also seen the special teams and offense have their moments, as well.

“Our mindset and goal is to have everything on our back,” said Megginson. “A turnover happens for offense, we just have that mindset to go back out there and it’s on our back. We want that as a defense.”

All three units have risen to the occasion throughout the season when another falters. It’s been a big part of Liberty’s strong start this season.

Coming off a big, emotional win at Syracuse last week, it’s easy to have a let down, but Liberty’s players say they are fighting against it this week.

“I’ve just been telling (the team) to prepare like we’ve been preparing the last five weeks,” said Scruggs. “Going out there with a positive swagger, just that attitude that (every practice) is a work day.”

Chris Megginson echoes that sentiment and adds that the team is trying to block out all the extra noise that distracts them from their task.

“(The coaches) say block out the distractions, block out the social media, just focus on us,” Megginson said. “Take everyday to get better and come out and dominate every week. Go 1-0 every week.” 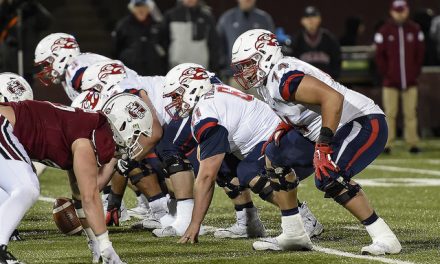 Flames get 2nd commit of weekend from LB Avery James