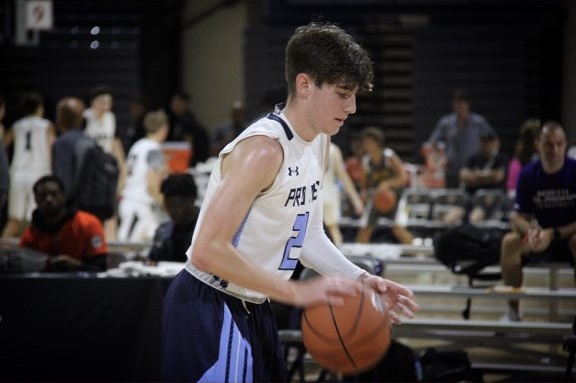 Liberty and Coach McKay may still have one more scholarship open for the 2020 class, but that hasn’t stopped him from pursuing his top 2021 target, Brody Peebles. The extra attention paid off for the Flames on Tuesday when the 6’2″ guard from Alabama committed to Liberty.

Peebles is a 6’2″, 170 pound guard from Hartselle High School in Hartselle, Alabama. The high school junior also has offers from UAB, North Alabama, Samford, Belmont, UNC Wilmington, Wofford, and Lipscomb. He picked up an offer from Liberty while on an official visit during the weekend of the Syracuse football game.

“Liberty is definitely one of my top schools,” Peebles told ASOR in an exclusive interview earlier this year. “Coach McKay, me and my parents talk about it all the time, we talk about how he’s an elite dude. Just from a Christian aspect, from a coaching aspect, from a personal aspect, he’s one of the best coaches in the country and one of the best dudes I’ve probably ever met.”

Peebles’ recruitment took off this summer during the AAU season, picking up offers just about weekly. In addition to Liberty, Peebles has also taken official visits to Belmont and North Alabama and unofficial to Alabama. Belmont is now led by former Lipscomb head coach Casey Alexander while UNA is a 2nd year member of the ASUN.

He has been compared to former Virginia guard Ty Jerome who helped lead the Cavaliers to the 2019 National Championship. Jerome was UVA’s starting point guard and averaged 13.6 points, 5.5 assists, and 4.2 rebounds per game as a senior before being selected in the first round of the NBA Draft by the Philadelphia 76ers. He was then traded to the Phoenix Suns. He also fashions his game after Bradley Beal of the Washington Wizards. 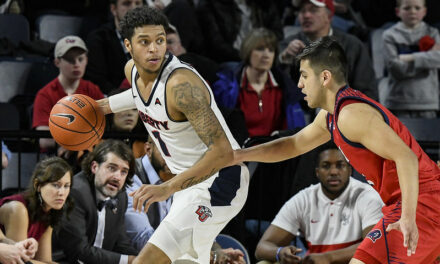 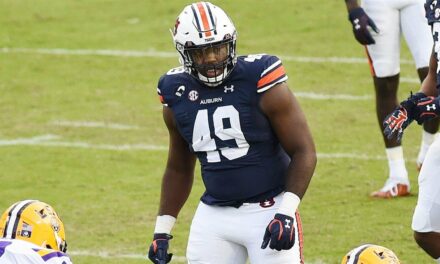