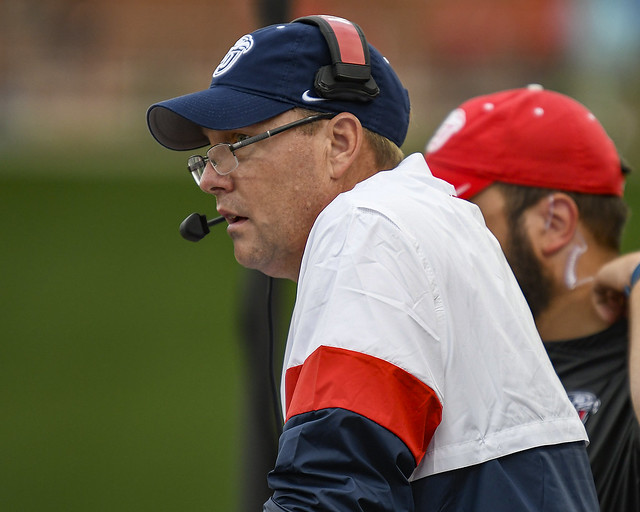 If you’ve ever played a sport or known someone that plays a competitive sport, you know that athletes can be very superstitious.

There’s countless superstitions that sports figures have fallen into through the course of modern history. Michael Jordan would always wear his North Carolina shorts under his NBA shorts. Wayne Gretzky put baby powder on the end of his stick prior to faceoff. Les Miles eats turf during games.

His gameday traditions begin Friday night at the hotel with the team meal.

“I love the team meal together because it’s one of our more relaxed moments,” Freeze said. “I don’t want our kids tight.”

After the team meal, Freeze returns to his hotel room where he has a box of milk duds waiting on him.

“I eat a box of milk duds on Friday night at the hotel,” he laughed. “They put a bunch of stuff in there, but the only thing I want is the milk duds and a Coke Zero.”

Freeze says he then goes to bed early because he always wakes up really early on Saturday morning. He has his devotional and then pulls out his good luck charm.

“I’m going to wear the same exact pair of socks that I’ve worn for the last 5 years in coaching,” Freeze said. “I still have the same pair, that’s the only time I wear them though. There’s a problem if I can’t find them on Friday.”

Fortunately, he does wash the lucky socks after each game. At Ole Miss, he also had a pair of black Nike golf shoes that he wore every game of his five seasons as head coach for the Rebels.

“Only reason I don’t have those now, I guess my old school kept them,” Freeze chuckled. “Officially, they were the school’s I guess.”

As game time approaches, Freeze listens to some music from his favorite artists, Eric Church and Chris Tomlin. He then chews on Big Red gum and switches to Bazooka at halftime.

“I used to make my offensive line coach change his clothes at halftime if we’re not running the football well,” Freeze said. “I haven’t done that to Sam (Gregg) yet. I may have to try that.” 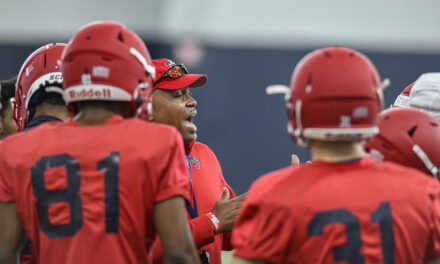