The Sam Houston Bearkats will make the move from the FCS and the Western Athletic Conference as they move to Conference USA in a couple of years. SHSU just joined the WAC this past summer after previously being in the Southland. Head coach KC Keeler led the Bearkats to the 2020 FCS National Championship and currently has his team undefeated and ranked No. 1 in the country at the FCS level. They have advanced to the FCS playoffs in 5 out of 7 years under Keeler and 8 out of 11 years overall. That run has included three appearances in the FCS National Championship game.

SHSU has made it to the Big Dance in 2003 and 2010. Under head coach Jason Hooten, Sam Houston hasn’t advanced to the NCAA Tournament yet, but he has guided the program to 20 or more wins in 5 out of the past 8 seasons. The other three years have finished in either 18 or 19 wins as the Bearkats have become a strong mid-major program in the Southland Conference before joining the WAC this year.

Since 2007, Sam Houston State has either won the regular season or Southland conference tournament championship in 10 of the 14 seasons, advancing to NCAA Regional play eight times during that span. The Bearkats advanced to the Super Regionals in 2017 and have won at least 30 games every year since 2011. 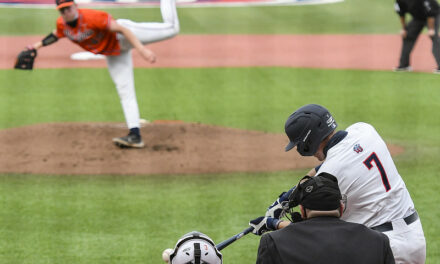 From the opposition’s viewpoint: Richmond