Frontcourt depth a strength for Flames

Liberty boasts one of the deepest frontcourts it has had in recent memory. With the return of Antwan Burrus this season, the Flames have 5 frontcourt players with starting experience. Burrus, Drew Smith, JR Coronado, Joel Vander Pol, and Sommy Ogukwe have combined to start 133 games in their careers.

This group averaged 13 points and 17.8 rebounds in 60 minutes a game last season. Not bad at all. Throw in Antwan’s 11.2 points and 6.3 rebounds he averaged his junior season, and suddenly you’re approaching all-conference type numbers for this group combined.

Drew Smith recently spoke to this strength, “Coach (Layer) tells us ‘go as hard as you can. We’ve got a lot of good players to sub in. Go 3 or 4 minutes, your full potential, as hard as you can, and we will get you a rest.'”

The Flames have Antwan Burrus and Drew Smith who play the 4. While Coronado and JVP alternate time at the 5. If anyone gets in foul trouble, Ogukwe is a capable sub at either spot. That’s 25 fouls to use, and they could be needed during conference play as Big South North Division favorite High Point boasts a starting frontcourt of preseason player of the year John Brown and preseason all-conference selection Allan Chaney.

“You’re not going to be trying to play 8, 9 minute stretches,” Smith explained. “(So), whenever I go in there I’m trying to put forth my best effort.” 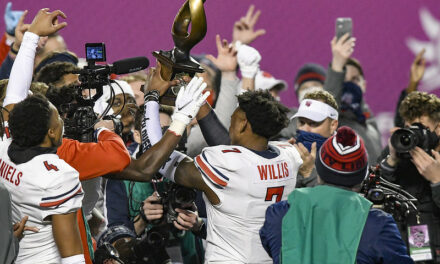 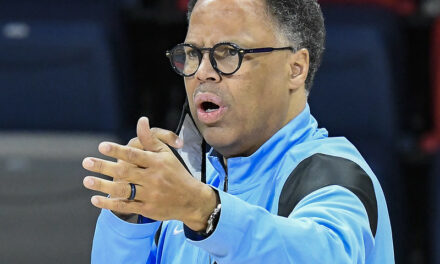 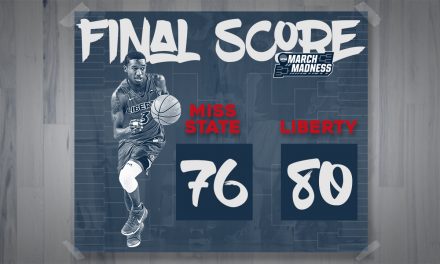